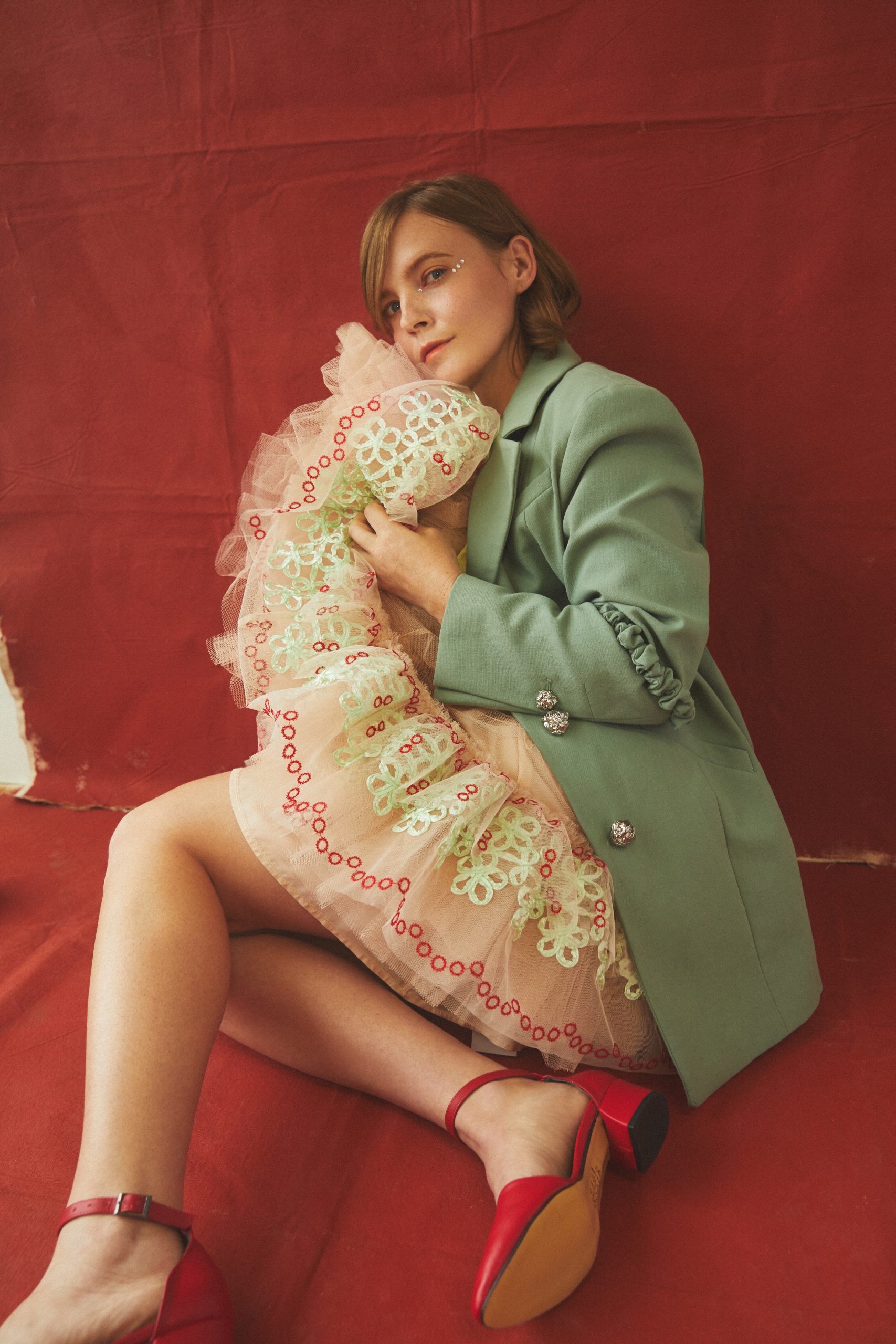 There were so many awesome new songs that came out this week, we sadly didn’t have time – or space – to cover them all here. That being said, this baker’s dozen is a fine place to start. Thank god for music.

Oh, Courtney. How you tug at my heartstrings so effortlessly. ‘Satellite’ sees CMA (as I like to call her, we’re tight like that) fleshing out her arrangements a bit more than when we last heard from her on 2020’s incredible Old Flowers. If the songs on that record were an isolated winter, then ‘Satellite’ seems to hint at a brighter summer, one that shimmers like her silver kicks in the music video. Simply lovely.

Bells Larsen – Double Aquarius
This very lo-fi number seems like it was recorded in the very bedroom she sings about in the third verse. Bells Larsen turns a rather downtrodden song upbeat with incredible references to Sufjan Stevens, aux cords and Glee (to name a few). It’s the lyrics that really take this song to the next level for me, though. It’s about insecurities, anxiety, antisocialist tendencies, etc. – needless to say, I feel seen.

Pale Waves – Reasons to Live
A fun phenomenon for me lately has been bands tapping into their Avril Lavigne influences. Lucky for me, ‘Reasons to Live’ is not even the only song on this week’s round-up that does so. Anyways – your favourite goth-pop rockers are back with another banger. Turn. It. (Way)Up.

The Extensions – With a K
Jangly and funky, New Jersey’s The Extensions have released what can only be described as a slice of modern disco. ‘With a K’ reeks of bellbottoms, platform shoes, and pompadours – and I’m totally here for it. Honestly, they had me at “woooo!” Get yer groove on, people.

TOLEDO – L-Train
It takes a song like ‘L-Train’ to remind you that there is so much beauty in simplicity. Toledo is a healthy mix of Sufjan Stevens, Tall Heights, and a smooth pat of butter. Lather up.

Bonny Light Horseman – California
The mere fact that we’re hearing a new Bonny Light Horseman song is proof that the trio is more than just an Americana supergroup – if you could have even called them that to begin with. ‘California’ is a beautiful reminder that sometimes all you need is four chords and the truth to captivate.

Medium Build – comeonback
I can’t put my finger on who Medium Build remind me of, but it’s something inherently familiar. Kind of like your favourite comfort food, except this particular plate is a smattering of pop, indie rock and a sprinkle of hip hop on top for extra flavour. Yum.

Beach Bunny – Entropy
If you’re not on the Beach Bunny train yet, you’re a bit late to the party. With every release, the Chicago quartet seems to get more and more polished. ‘Entropy’ encompasses everything there is to love about Beach Bunny: accessible lyrics, catchy choruses, and this time around, melodies that have an uncanny resemblance to the OG herself, Avril Lavigne. This song rules.

Soccer Mommy – newdemo
When an acoustic guitar is strummed crisply, there’s very few things that beat it. Add Soccer Mommy’s vocal on top and you’ve got yourself a recipe for a pretty decent song. ‘newdemo’ is anchored by these two elements, allowing the various synths, strings and other moments of distortion to drop in fleetingly, ensuring to avoid overstaying their welcome.

girlpuppy – I Miss When I Smelled Like You
Break up songs can often be cliche, but girlpuppy avoids this by framing it so that you, the listener, a stranger she’s never met before, become her confidant. Revealing stuff she wouldn’t even tell her friends, girlpuppy has you sworn to secrecy.

Yawn Mower – Sixteen Minutes
Fans of The Front Bottoms will surely find something to love in Yawn Mower’s ‘Sixteen Minutes’. Equal parts catchy and snobby, this barely two minute song is just pure fun. (And by the way, how awesome is that band name?)

Old Sea Brigade – 5AM Paradise
Not sure if it’s all the sunlight in the music video, or the lush, shimmery textures in the song itself, but there’s something overtly ‘summery’ about Old Sea Brigade’s new tune. Kind of want to go sprawl out on a hammock, close my eyes, and let ‘5AM Paradise’ soak in. Ahh, now that sounds lovely.