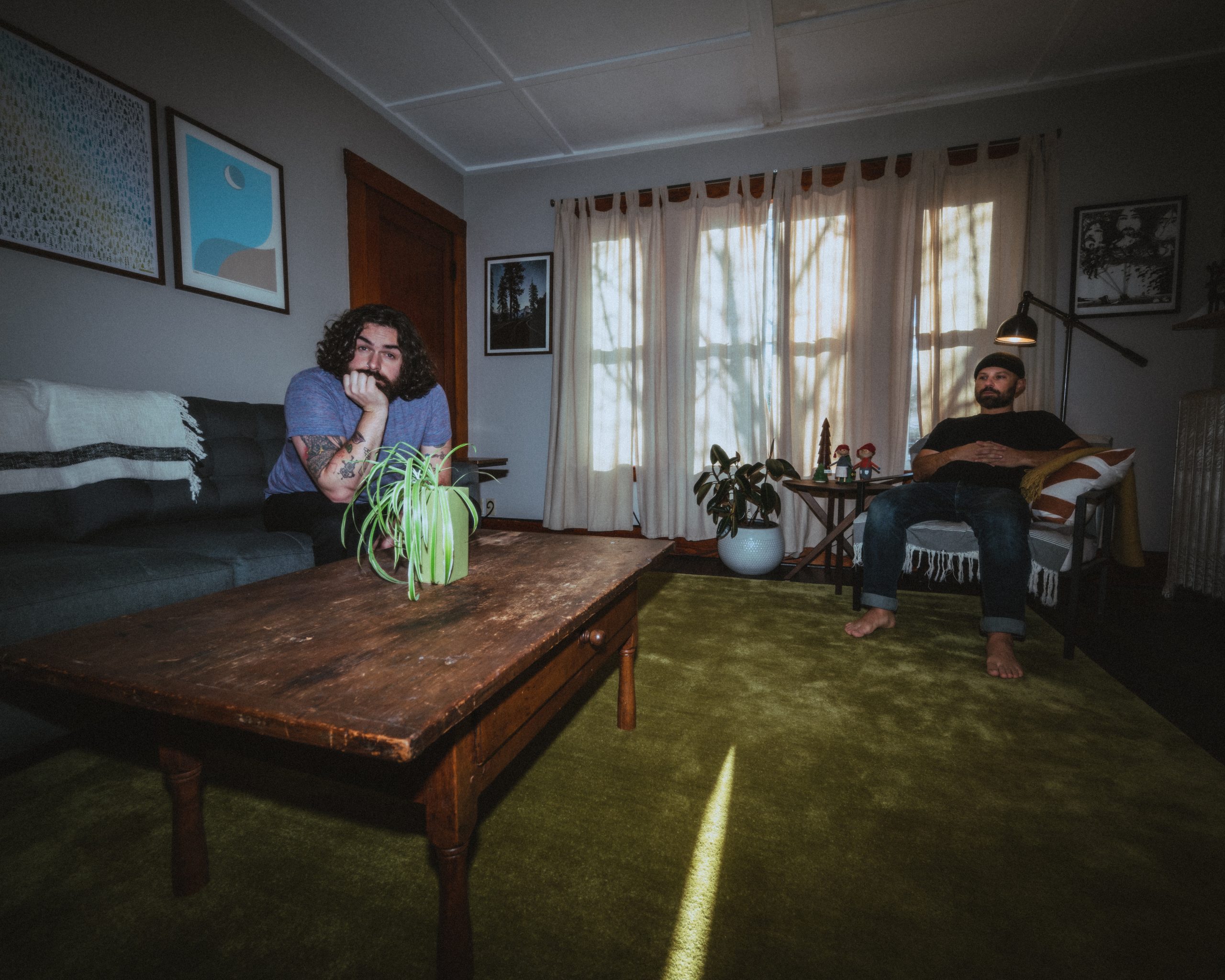 Today, we are proud to premiere a brand new single from Mint 400 Records’ Yawn Mower, a duo from New Jersey who have somehow managed the impossible: crafting the perfect band name.

‘Broken Filaments’ – from their forthcoming debut LP, To Each Their Own Coat – came about after a night in which nothing went as planned. A photo shoot that was scheduled? Canceled. A favourite food spot they visited? Closed. Trying to sign the bill and pay a tip? Pen explodes all over Biff’s arm. Nothing major, but enough things in a row to think, “Should we just go home?”

Falling somewhere in between The Front Bottoms and Pavement on the sonic spectrum, ‘Broken Filaments’ is trademark Yawn Mower. And yet, the single also sees the band expanding beyond the limitations being a duo can sometimes bring.

“For every release we try to make sure that the visual theme, audible tones or specific instrumentation will differ from the last release,” drummer/vocalist Biff Swenson tells us. “We’d try not to add too many opposing melodies in order to still capture the illusion of a two piece, but with this being our first full length album – we decided it was time to ditch that fully and just lean into composition. Writing the entire spectrum of how we hear a song in our heads versus what we could have pulled off live as two dudes.”

Check out ‘Broken Filaments’ exclusively here below, and if you like what you hear, give them a follow on Spotify.