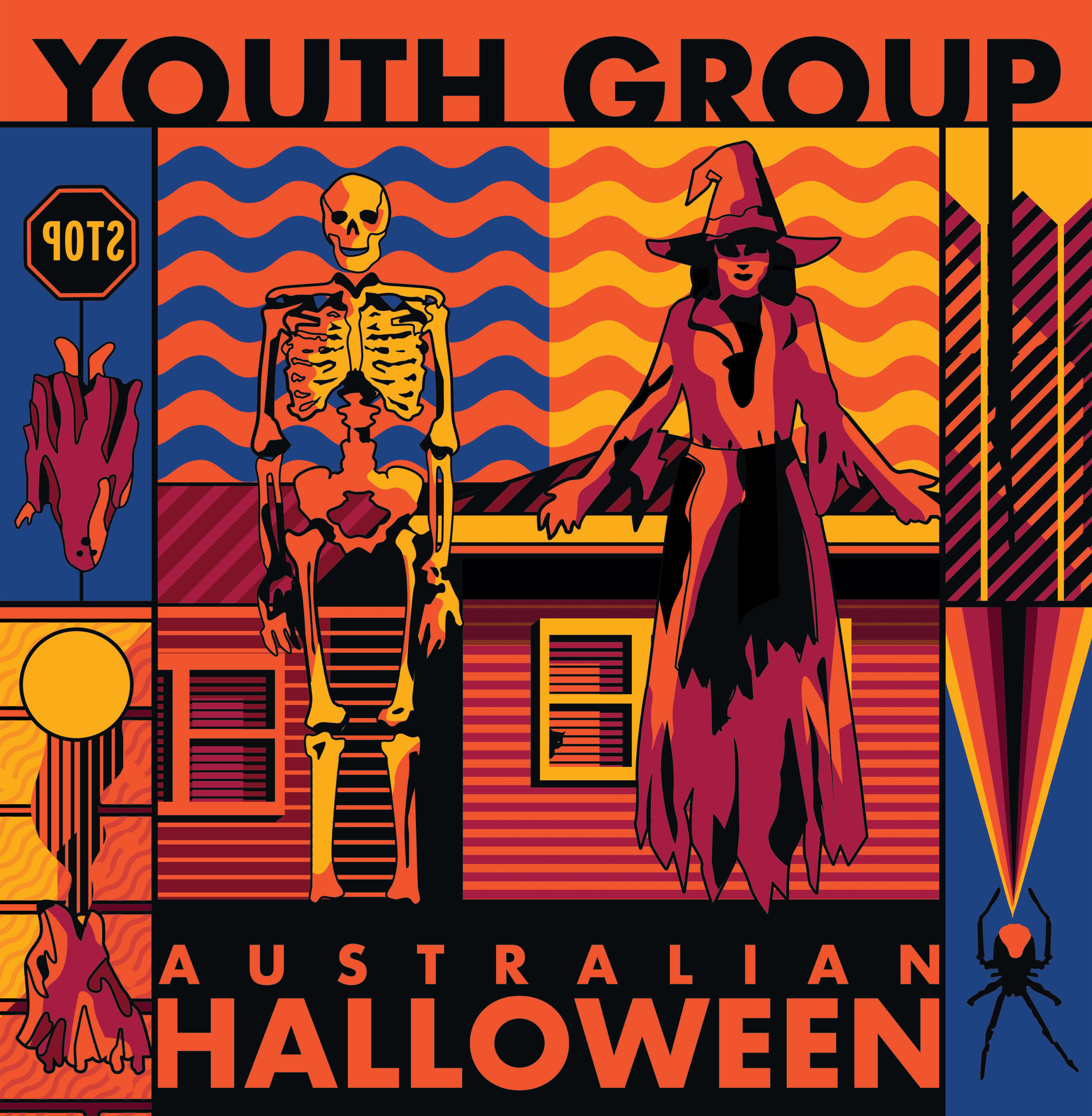 I’ve said it before and I’ll say it again: Australian indie-rockers Youth Group were one of the most underrated bands of the 2000s. A happened-upon endorsement from super-producer Chris Walla brought them into my life, and I’ve been mourning their breakup since 2009. Much to my surprise (and pleasure), they’ve quietly dropped a long-awaited new record ten years later. And although the orange-doused, Halloween-themed album cover might suggest things have changed, they mostly haven’t.

Australian Halloween isn’t exactly an extraordinary return, however, it’s not a disappointing one either. You know that old, ancient philosophy “happiness is a warm blanket, Charlie Brown”? Youth Group is the musical equivalent of a warm blanket. Best utilized on a brisk, Autumn walk or with a freshly brewed cup of cocoa, Toby Martin’s vocals really do wrap themselves snug around you even after all these years. A lot can happen in a decade. Martin, for example, is now in his early 40s which provides a completely different – albeit no less insightful – perspective on things. “When I look in the mirror, I don’t feel like a father,” he sings in the oddly, yet humorously titled ‘Bat Piss’. It’s followed by the mantra of every new parent: “No more foolin’ around / No more messin’ around / It’s time to get your feet on the ground”. It’s a chorus sung as elegantly as ever, propelling it to the standout track on the record.

Elsewhere, we do see a slightly different side of the Aussie quartet, from the pair of sub-two minute tracks – only one of which feels a bit unfinished – to the introduction of some subtle, ethnic instrumentation in songs like ‘Open Mic Night at the Kapygrilli’. It’s proof the band wasn’t just interested in revisiting old ground, but using their first record in a decade as an opportunity to tread some new waters. All in all, it’s a bit of a grower. With each listen, you’ll discover something new to latch onto and also appreciate the fact that a band like this can still sound just as relevant in 2019 as they did at their peak in 2007.

It’s unlikely that this will become an indie-rock staple like their criminally underrated Skeleton Jar, but that’s okay. It’s just nice to have the gents in indie rock’s best-kept secret back, if only for a little while.