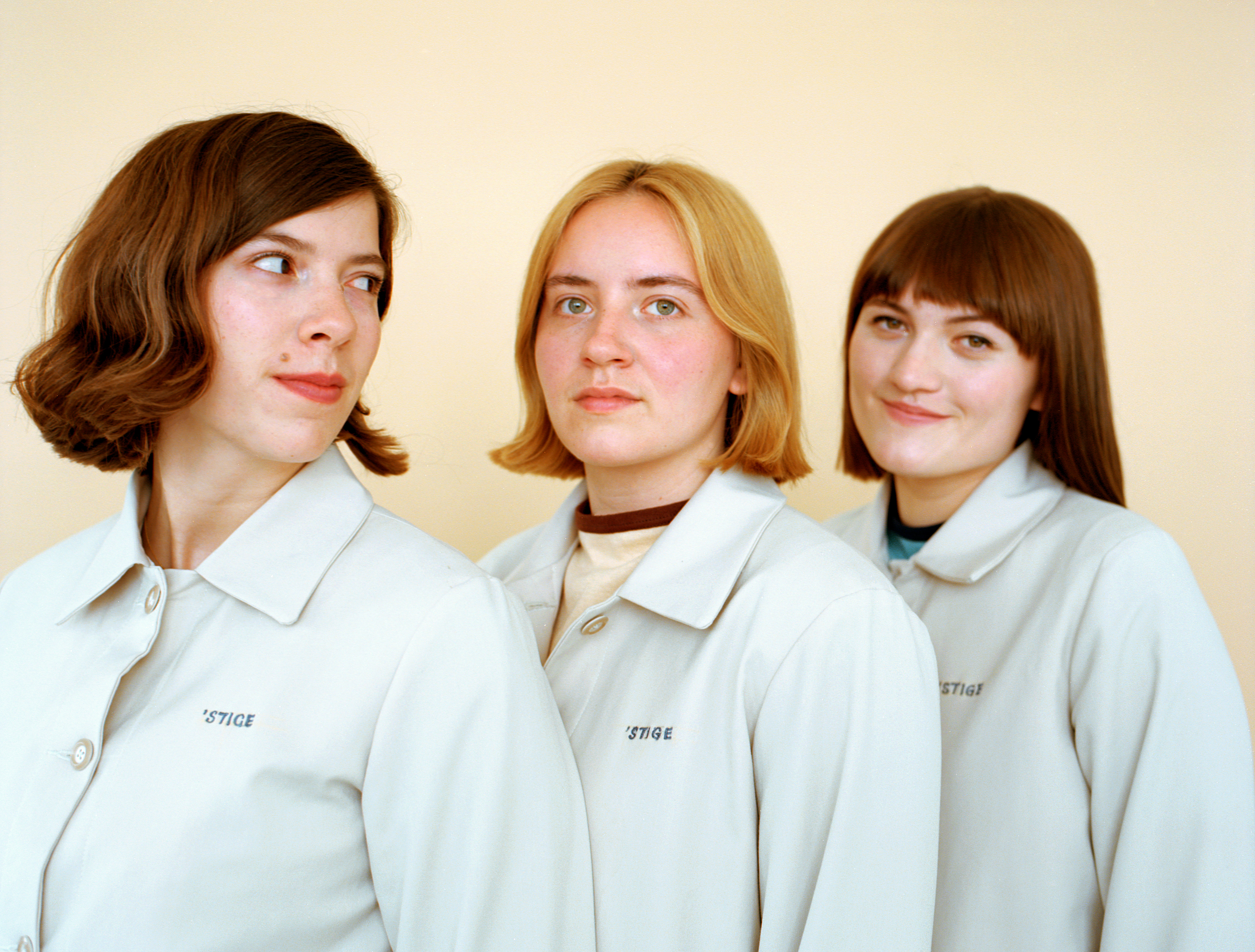 In 2019, Girl Ray have exploded into a new era of shimmering synths and fully fledged pop bangers. Their sound may have changed, but the North London trio are still producing music to give you a good time mannn. Before the release of new album Girl, we managed to catch lead singer Poppy Hankin and have a nice lil chat.

Howdy! How are you?

Doing excellent at this very minute.

Now, here at The Rodeo we loved your Don’t Go Back at Ten music video! Will we ever see the cowboy hats make a return?

That was a very fun video to film haha. I mean cowboy hats are always a great look, although it seems everybody thinks so right now… maybe we should leave the cowboy look to Lil Nas X and Kacey Musgraves.

Girl Ray came together when you were still in high school, what’s it like growing up with each other, both as friends and bandmates?

It’s interesting, we’ve known each other for a long time now and seen each other change a lot. We’ve spent so much time together at school and touring that we’ve inevitably rubbed off on one another which is cool. It’s pretty sweet job touring with your BFFs.

I’ve seen in a lot of shoots, you’re wearing jumpsuits with ‘stige’ on, and honestly I’m so intrigued, what is ‘stige’?

Omg so glad someone has finally asked! ‘Stige’ is a concept we’ve been obsessed with for years now. It’s an abbreviation we invented that comes from ‘prestige’. And basically the only way to describe it is Meryl Streep in The Devil Wears Prada. We are constantly debating whether things are stige or not. It’s very fun.

With the new album, Girl, Girl Ray have blossomed into a new era. Where did this change of sound come from?

I think we wanted to make songs that were super fun and dance-able in contrast to our more downbeat first album. We just want people to have a good time maaaaaaaan.

With your new pop bangers, which you just can’t help but dance to, does it affect how you play on stage, or how the songs are written?

Yeah definitely! I think we all enjoy playing these songs a little bit more because they’re upbeat. And the songs were perhaps a little harder to write as my default is miserable love songs!

You’ve said that the album is full of ‘music to fall in love to’, but the question is, what songs make you fall in love?

In your video for Show Me More, we get a nice little cycle around the park, but how many takes did it take to get that perfect bike ride? Did it wear you guys out after all that biking?

Good question! I think it took about 2 or 3 practices and then 2 actual takes. Thankfully it was a pretty flat route so we weren’t that tired!

You have also brought out sets of cassettes for the new album, and in a world of streaming and spotifying, what made you want to release physical copies of music? Do you think it’s important to keep this style of listening alive?

I think physical music holds a different kind of value to just streaming an album you like. Because it’s a real object, you can treasure it a little more and become attached to it. Also, it forces you to listen through a whole album which is always good. Streaming makes it very tempting to skip.

How does it feel knowing that you are female artists that young girls wanting to join bands look up to? Are there any tips n tricks you have for young girl band enthusiasts?

It’s a really special thought. We didn’t have loads of female-fronted bands to look up to when we were starting out so that’s nice to think about. Advice would be… don’t be scared to just go for it and try starting a band. Also, send your music to every gig promoter in your town once you have a demo – the only way to improve and get big is to start playing as much as you possibly can!

Girl will be out on 22nd of November, but in the meantime listen to Girl Ray on Spotify and Apple Music. Buy the latest edition of our print magazine HERE.