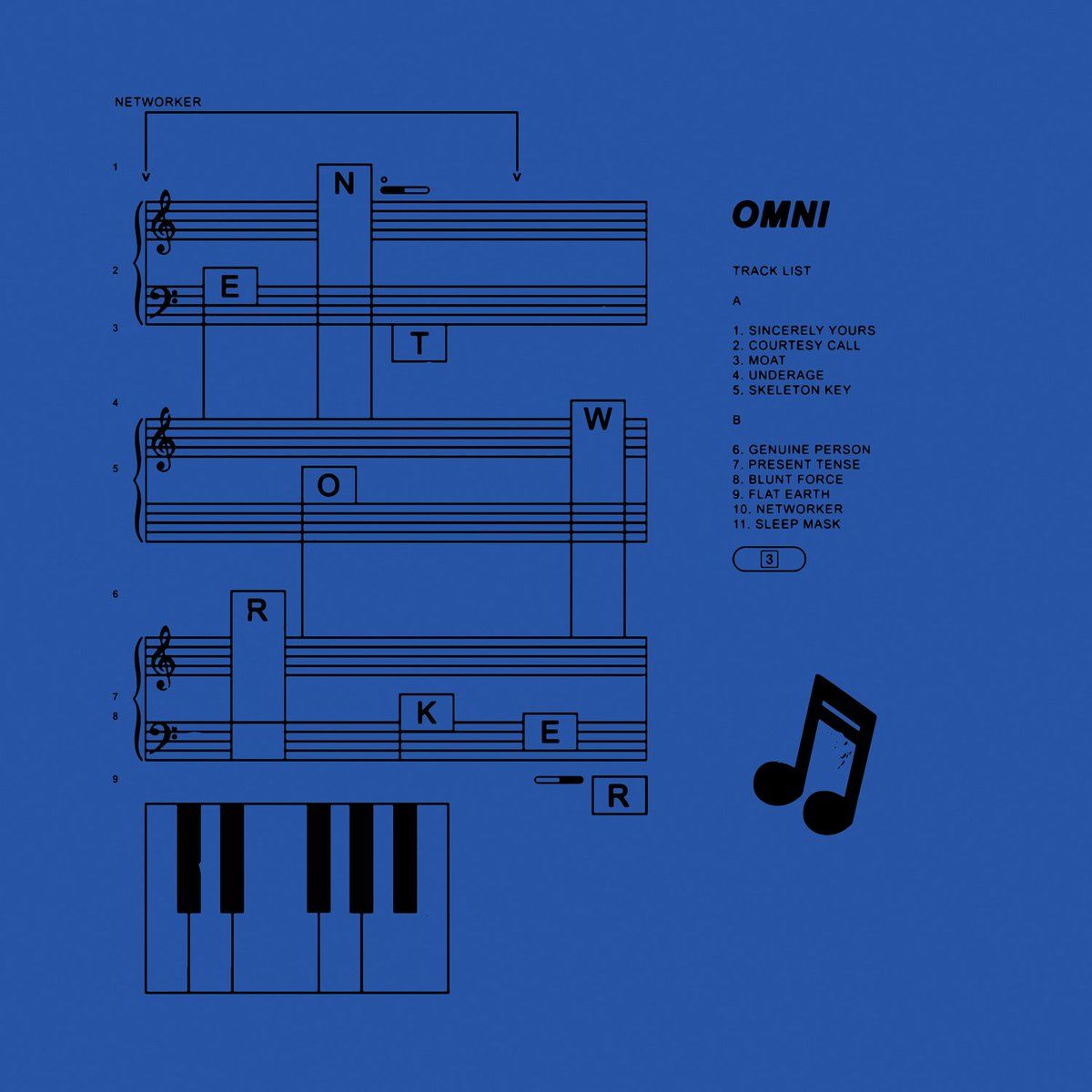 Taking inspiration from new wave and post-punk, Omni are like The Strokes, who’ve lost their adolescent angst (for the most part), and instead have chosen to wander about their hometown, making wry observations.

To continue on from the above line: listening to this album feels like a meander, a walk you’ve gone on because you’re generally restless; maybe the leaves are changing, it’s damp outside, and you’re supposed to be doing a thousand other things but you just need the headspace. Songs like ‘Genuine Person’ plod along as you do; ‘Present Tense’ instils a bit of anxiety – maybe the rain is starting, you’ve left your washing out, but it’s too late by this point – and, by the time you get to ‘Sleep Mask’, you’ve come to terms with it all.

While Networker is a nice listen, I must say it hasn’t spoken to me on a deeper level than ‘yeah, this is decent’. Asides ‘Flat Earth’ – which, in my opinion, is the best song on the album – I wouldn’t say any many of the songs particularly stand out. Although, perhaps that’s the point, given the album’s brevity.

It exists in a transient space, just like your journey. But, it also serves the purpose of reminding you that you’re never really disconnected for long – how long can you just go and wander without having to tend to some task? 31 minutes, apparently. Indeed, the trio – consisting of frontman and bassist Philip Forbos, guitarist Frankie Boyles, and drummer Chris Yonker – have produced quite a nice little record.

Haiku Review
Nights are drawing in
As nature moves green to brown,
“Take a walk” – Omni

Listen to Omni on Spotify and Apple Music. Get a copy of our latest print magazine HERE.