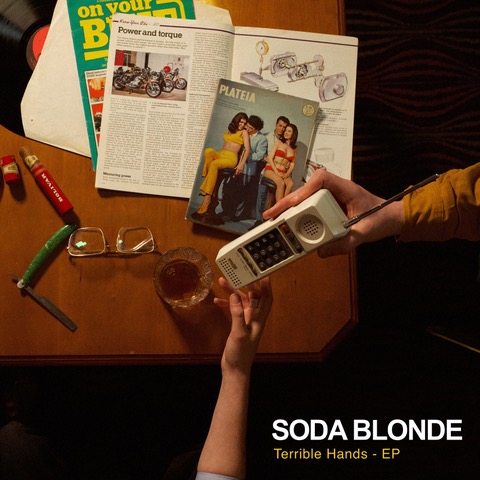 The opening chorus-filled guitar reminds me of a quickly becoming taboo subject – The Smiths. Well, no, it reminds me of Johnny Marr, let’s get that straight, not old Mozzer and his bigoted ways. The rest of the record is pleasant, vocal-lead and 80s inspired, alt-pop, which isn’t usually my jam but I’m swayed, it’s good.

Spread across this little vignette are some excellent melodies. ‘Terrible Hands’ especially is a tune. The song is about being in a relationship with someone you know isn’t nice, someone who cheats on you, but you can’t help still have feelings for them: “I’d take the bad parts of you over the good of me.” The vocal line melodically loops atop a pop synth in a cracking chorus – prepare yourselves to probably hear it soundtracking a Nike advert. Whilst, John Wayne – another racist bigot – actually features in a sample, perfectly embodying the kind of corrosive but charismatic figure described in the lyrics.

‘The New Lovers Dance’, follows a similar vibe, leaning on its instrumentation slightly more. It reminds me of an artist we discovered called Tanners from New York – might be worth checking out this if you enjoyed the EP.

Throughout, the vocals are really what stands out. Faye O’Rourke rises above every mix in a Kate Bush-esque manner, belting out a beautifully Irish tinged vibrato. Brill. But, this is both a blessing and a curse. The songs at times rely on the vocals too much. Some more synth, a bit more colour to the backing, or something more dynamic wouldn’t go amiss across the EP – I couldn’t help but feel at times the mix was a bit ‘by the numbers’ so to speak.

All-round it’s a nice release, and its a release that on paper shouldn’t be my cup of tea, but after a few listens and some hindsight it had some excellent moments.

Listen to Soda Blonde on Spotify and Apple Music. Get the latest edition of our print magazine featuring interview with Matt Maltese, Black Honey, Mattiel and Molly Burch HERE.