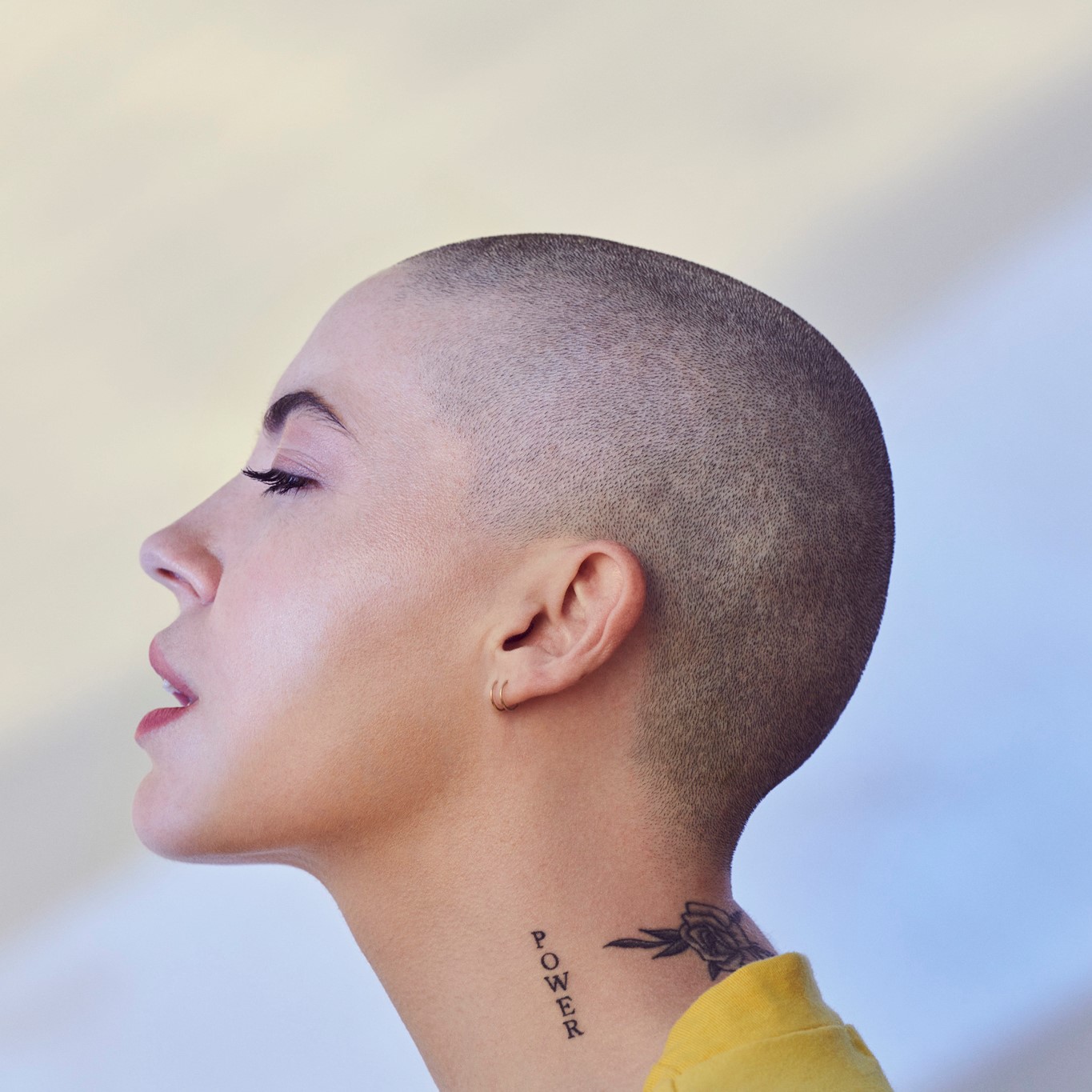 Bishop Briggs on equality, heartache and her sophomore release

Reckon it was her who inspired Alex Turner to shave his head, don’t you?

It’s been almost ten years since Bishop Briggs packed up and moved to LA. It was a few days after graduating high school, in fact. Although she spent most of her formative years in Hong Kong, she was in fact born in the UK. So I had to ask—which place is more embarrassing to be from these days?

“Oh god. That seems like a question that could get me in trouble,” she laughs. “Uhhhh… yeah, I think that’s the best answer. Answering that will get me in trouble either way but I feel that there is beauty in both, forever and always. Sometimes you need to find it.”

The diplomacy blanketed over her response is a great depiction of Bishop Briggs the person. Throughout our all-too-brief conversation, she was a bubbly, positive spirit and by the end of the chat, I felt as if I’d known her for years. But in reality, we live about as far away from each other as two people could in the United States, demonstrated best by the fact that I’d spent the last 36 hours watching snow coat my neighbourhood whilst she was looking out at gorgeous, pink skies. It goes without saying that one of us was getting the better end of the deal.

It was shortly after Thanksgiving that I had the pleasure of speaking with Bishop. As far as holidays go, she had a pretty lowkey one—her highlight was being able to play a lot of SIMS—but really she has quite a bit to be thankful for. A few weeks prior, she released her bombastic and strong-hearted sophomore record, CHAMPION, and the perception has spoken for itself.

“It’s been really emotional,” she tells me. “It was a really crazy experience to put out there the things that I talk about in therapy. I really wanted this album to be the album that you reach for when you’re feeling alone and feeling heartache. The reception has meant a lot to me, probably more than people know. Because my goal with this record was, once I finished purging, that people would be able to take something from this.”

It’s not hard to hear this goal realized – with each song, we hear a different side of a woman who’s been through some shit, and yet, she’s coming out the other side triumphant and fully re-assembled. Making CHAMPION provided Briggs a lot of healing, which is half the point. It’s pretty easy to tell the difference between an artist who’s making art for cathartic reasons and one who’s just doing it as a means to an end.

“I basically just felt really overwhelmed and really sad. I didn’t know what to do with that energy other than create something out of it,” Briggs recalls. “So I just started showing up at my producer’s studio and really bearing my soul. And I think what differentiates this record to anything [else] I’ve done is, there really was that support, that kind of camaraderie and friendship in the room – I think it allowed me to be more direct.”

She was able to collaborate with some of her dear friends – K Flay, for example – as well as songwriters she’s always admired, like Teddy Geiger. Female champions in their own right, these two talents especially encouraged Briggs to be as vulnerable as possible and push her own limits in regards to things that made her nervous. Beyond that, the biggest criteria she needed her collaborators to fulfil was championing equality.

“I think there is something really amazing about being able to say that every single person that I worked with [on CHAMPION] is a feminist and champions women and believes men and women should be equal. I really found that kindness and talent and work ethic—they’re all really deeply linked.”

Late album cut, “My Shine”, is a great example of this mentality. She semi-jokingly referred to it as the “story of every ex-boyfriend she’s ever had,” but that’s selling it short. Being able to tell the narrative of some of the “weird social things” that are put on women on a daily basis was not only a cathartic experience, but it also opened her eyes to some hidden layers of her own subconscious.

“The thought that having success or being financially stable would pose a threat to the person you love— that’s something that makes me very sad. I did learn from the writing process that it also makes me very angry! Haha. With writing for me, when I feel vulnerable, it tends to just be sadness. I’m not really an angry person, but I can get sad and emotional and sensitive. With this song, when we recorded the bridge, before I walked in I didn’t know how it was going to come out. I got in there and that first take was just me screaming, which is exactly what you hear on the record. I even underestimated how frustrated I was at the fact that money or success would ever change a relationship!”

It’s no secret the #MeToo movement has brought social issues like this front and centre in recent years. It’s created conversations Briggs is super thankful are happening. The fact that they have to happen at all is a whole other story, but it’s up to all of us to continue to do better and advance these conversations instead of just letting them fall off the cliffs of history. So, in Briggs’ opinion, how do we do that?

“That’s a great question!” She pauses to consider for a moment before continuing: “I would say the biggest thing that perhaps gets overlooked is simply listening. I think that has been really powerful. You’ll notice that when you fully listen to what someone is saying—they’re giving you all of the tools. And it really comes down to understanding that this isn’t just one incident for a lot of women—this is a lifelong experience of discrimination. Understanding how difficult it was to even bring it up in the first place. And that comes from so many different things, but the main one being social conditioning to not talk about it. Listening, patience, being respectful when it comes to the questions you’re asking—that all goes a long way.”

It’s some pretty straightforward advice that needs to be shouted from the rooftops sometimes. At first glance, that’s what Briggs appears to be doing with CHAMPION. You’ve likely noticed the fact that I keep typing her album title with the Caps Lock key turned on—that’s by design. It all goes back to a conscious effort to not hide and be, unapologetically, herself.

“I really wanted to cement that this was a completely different chapter. I was kind of branching into this different type of writing which was more direct. Every decision involved—the album artwork, the album title —it’s all very bold. And it’s very hard for me to own that. That’s why it felt important to force myself out of my comfort zone and own that being a champion is as simple as being vulnerable. It’s also as simple as owning that it’s hard to be vulnerable! It can be any end of the spectrum. But it felt important to differentiate [with] this new chapter.”

This sort of differentiation isn’t exclusive to Briggs’ personal story—it’s something she’s noticed in the world of pop music as well.

“I think we’re in a really cool landscape in the pop world right now. We have these artists that are pushing the boundaries and aren’t afraid to be provocative in whatever way is comfortable for that artist. People like Billie Eilish, Fletcher, Camilla Cabello, Lewis Capaldi—they’re these artists that are being vulnerable in their own way and have incredible voices. I was in a session with Justin Tranter—I’m going to proudly say that this is a name drop—and the producer that we were working with was fearful that a melody we were writing was ‘too pop’. And Justin said, “pop just means popular—are you saying you don’t want to be popular?” I thought that was a really beautiful way of describing that! It’s interesting that it has a negative connotation when there is absolute brilliance in the pop world and just like every single genre, it’s about finding your favourites.”

Finding inspiration in her peers and collaborators has proven to be quite a fruitful thing. CHAMPION is at times unabashedly mainstream pop, but when you dig just a hair beneath the surface, Briggs throws us a lot of curveballs as well. The title track wouldn’t be out of place on a Fall Out Boy record—seriously. “Tattooed on My Heart”—my personal favourite—has a sort of gospel undertone to it, despite being delightfully snarky. And the closing track (“I Tried”) is an intimate track based around a reverberating electric guitar that’s listed in the sequence as a demo, for reasons I’ll never understand. All that said, Briggs, is also proving to be quite the inspiration herself, and not just within pop music. Recently, she was contacted by Vogue to do a makeup tutorial, which she cleverly penned ‘Running Into Your Ex’. A hilarious premise, but with a lot of heart behind it.

“That was some mystical, crazy amazingness!” she says, charmingly. “It was a really exciting opportunity. I found myself in a lot of weird situations where I was afraid of running into an ex, haha. We had the same grocery store. To be clear, it’s not about doing your makeup for someone else, it’s about you feeling so comfortable and confident that you don’t care if you run into anyone.”

That’s Bishop Briggs in a nutshell. It’s been an interesting journey since we last heard from her in early 2018, but she’s tying it off in a nice, neat bow. Telling your own narrative is not always an easy thing. And as she told me, neither is championing all the things that make you human. CHAMPION  is not only an insanely catchy record but a bold inspiration to young women—hell, people—everywhere. Look no further for proof than the side of her head, where she recently had the phrase “Kindness Is An Act of Rebellion” tattooed.

“I feel like every single day, whether it’s something big or small, I always try to treat people the way I want to be treated. I’m always helping anyone older with their carts in a grocery store, or helping someone reach for something that they can’t reach. Are those good things? I don’t know. I feel like that’s how everyone is. Right?”

It’s how everyone should be, and I think we all could use a reminder from time to time. In the spirit of that, go out and do something kind today, even if it’s extending kindness to yourself. As Briggs taught me, there’s more than one way to be a champion.

Listen to Bishop Briggs on Spotify and Apple Music. Get the latest edition of our brilliant print magazine featuring interviews with Molly Burch, Mattiel, Black Honey and Matt Maltese HERE.