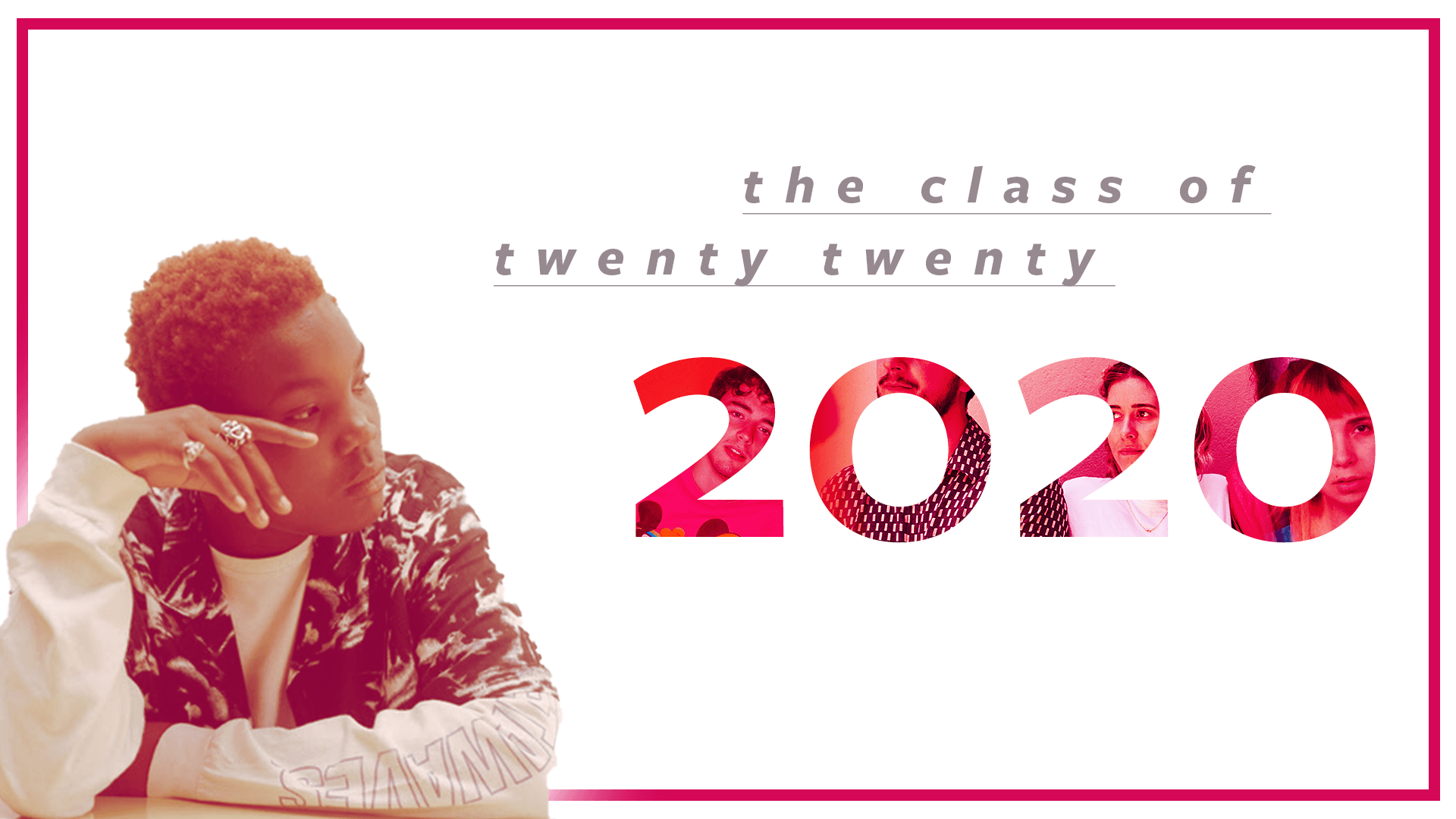 We aren’t doing any of those ‘Top 10 of the Year’ lists this year. Let’s all just enjoy the music we’ve loved over the past year and leave it at that, right? Instead, we’re looking to the future: to 2020 and to the bands we think are going to have a year to remember. This is a handful of artists we think are going to do something special next year—here’s our Class of 2020.

Friedberg — We had a chat with Friedberg in Volume 6, available here.
Friedberg hail from, well, Friedberg, a small town in Germany. They’re based in London now, preparing to raise their profile in 2020. Their best track to date, ‘Go Wild’, made this year’s FIFA playlist, which is probably the highest accolade you can get in music. They’re unpredictable, one minute you’re listening to a slow plodding summery indie pop tune—’Go Wild’—then the next song, which is their only other track, is literally called ‘Boom’, and therefore needs no explanation.

Tiña – Listen to him on Spotify, here.
South London psych-pop in a pink cowboy hat. Do you really need me to explain this any further?

Pom Pom Squad
Can’t find out whether this is a singular artist with a moniker, or a band. Anyway, sounds a bit like Soccer Mommy or Snail Mail after far too many coffees.

Sinead O Brien
Ireland had a few decent acts come out in 2019: The Murder Capital, Fontaines D.C. Sinead’s the next one. Spoken-word artist, still a bit post-punk though. Ireland’s going to have a strong Eurovision team in future years.

Arlo Parks — We had a chat with Arlo Parks a while back, take a read here.
Lily Allen loves this girl. So will you, eventually. Her voices melts in yer mouth, like the last Quality Street or After Eight. Her lyrics are simple but powerful, a delightful combo. She’s young too, but shows maturity far beyond her years, which makes her songwriting ability even more impressive. With a few more life experiences thrown at her, her songwriting is likely to progress further and further, becoming another ‘voice for a generation’—how many of those have we got at this point? * rolls eyes *

Working Men’s Club — We spoke to Working Men’s Club in Volume 5, available here.
It feels like just yesterday since the bassline of ‘Bad Blood’ slapped me across the face. Since then, WMC have achieved everything it takes some bands a good five years to do. Sold out shows. Constant radio plays. Nearly an entire line up change. Keeping us on our toes, they have brought that Yorkshire twang and are spearheading a rush of new northern bands. Maybe next year Syd will manage to even keep his shirt on? With global warming and all that, it’s getting colder, so we don’t want him getting ill now do we? Just hope they get a drummer in soon. You can only get so far with a drum machine.

Beach Bunny
Beach Bunny are cut from the same cloth as, let’s say, Charly Bliss—perfect proof of my theories that music would eventually find its way back in the garage. Infectious is the first word that comes to mind while listening to the Chicago quartet. Spirited is another. Those are two important qualities to have as a band in any time, but especially going into 2020. It’s the start of a new decade! But even with that aside, it’s been an… *gulp*… interesting few years, and 2020 is shaping up to be a battle royale. Thankfully, the folks in Beach Bunny are ready to soundtrack the shit out of it. Just don’t Google them at work—you may get some questionable looks.

Alfie Templeman
This dude is only sixteen—the number of times he’s been round the sun is fewer than the number of tracks he’s released since last year. Imagine what he could do once he can legally buy a pint… in fact, looking at Pete Doherty nowadays, maybe he should stay off the drink. Anyway, across his duo of EPs and latest mini-album, Alfie has demonstrated an ear for production that some (many) artists fail to achieve. Switching it up from the wavy downbeat (‘Your Voice’) to a straight up dance-in-your-kitchen-til-you-break-something vibe (‘Circles’), there has been clear progression in such a short space of time.

Sports Team — We had a chat with Sports Team a while back, take a read here.
Bet you never thought you needed songs about fishing, motorways and cricket, did you? And, you’re probably right. However, it’s this niche in the mundane focus that has seen Sports Team leap out above the rest and finish 2019 with a string of sold out shows nationwide. Their encapsulating live show relies on the trenchant displays of lead singer Alex Rice, who catapults himself around the stage, without a thought for health and safety—which will probably be the theme of their next song.

Honeymoan — We had a chat with Honeymoan a while back, take a read here.
South Africa is known for many things. The great golfer Ernie Els being one of them. Nelson Mandela, another. Indie music? Not so much. But that might change soon. Honeymoan haven’t exactly made their mark just yet, but 2020 could see that happen. I caught their first ever show in Manchester this winter and they had a full room dancing along. Their music relies unashamedly on their influences—Tame Impala, St. Vincent and others. It’s a blend that’s produce some chirpy tunes, so far. These lot are a dark horse. They’re your Leicester City FC at 5,000/1. Everybody loves an underdog, right?

Squid
You ever have a craving for seafood? Some nice haddock, or even a bit of shrimp? In 2019 Squid have made it impossible to see a nice hydrangea by the kitchen table without drawling out the tune ‘HOUSEPLANTS.’ Their transformation over the past 12 months has curated an indie punk funk platter every festival has taken a bite from, and if 2020 is anything like this year, I’m gleefully awaiting dessert.

Get the latest edition of our print magazine featuring Black Honey, Matt Maltese and Mattiel HERE.