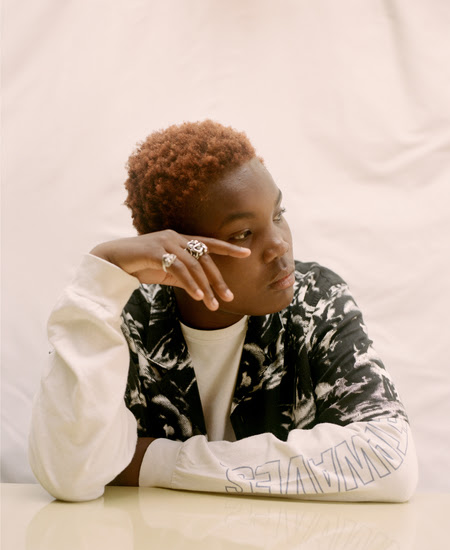 Arlo Parks is part of the new beat generation

Arlo Parks is only 19 but heck is she making moves – mostly dad dancing on stage right now but there’s a lot on the horizon. She’s honest, she’s fearless and she’s unique, she’s got just about everything a poet and an artist needs so keep your eyes peeled.

This year, you’ve been doing your A-Levels whilst also signing a record deal, you don’t get many artists doing that nowadays. How’ve the past 12 months felt for you?
Surreal, overwhelming and extremely exciting.

How do you manage to stay grounded when you’re getting recognition from Transgressive, from Beats 1 Radio and so many other tastemakers in order to complete your A-Levels?
I was studying subjects I enjoyed and school was this nice bubble of normality that I enjoyed being part of. I also had plenty of mates reminding me about the shoddy demos I used to make in a closet – that kept grounded.

Another person who’s been supporting you for a while now is Lily Allen. When did you first realise Lily Allen was a fan of you and what kind of boost did that give you?
I think I saw that she posted Cola on her Instagram – it was a really lovely feeling. At the same time, I try not to base too much on external validation.

Lily Allen is known for always telling the truth in her music and that’s exactly what you do. Does writing about real, personal topics and saying it how you see it come naturally to you?
It’s completely natural – integrity is a key part of what makes songwriting so personally therapeutic.

You’re supporting Jordan Rakei in October, what can people expect from your live shows?
A few new tunes and dad dancing.

Then there’s the new EP, ‘Sophie’, what can you tell us about this EP? Are there any themes that run throughout the songs on this record? What was the songwriting process like?
I want to leave it up to interpretation really, but it’s centred around emotion and connection or a lack thereof. I wrote the songs at pretty different times in my life.

How does this follow on from ‘Super Sad Generation’? What similarities and differences are there between the two EPs?
The thing that connects them is the fact that it’s my voice and my perspective – I’m speaking about my subjective view of people and myself.

You’ve been tipped as one of the voices of Gen Z, but that’s a lot to put on someone considering how tough it is being a part of Gen Z, right? What’s your thoughts on the current actions of young people, the climate protest for example, but also how older generations continue to look downwards on younger people?
I guess – I feel like young people are being louder and stronger than ever before, refusing to be ignored or viewed with condescension. Young people are taking action and standing up for each other and the planet. It’s beautiful.

Finally, there are a huge variety of artists that have influenced you, Otis Reading, Loyle Carner, Jimi Hendrix, Julien Baker, Is there something you look for in an artist or are you someone who learns to appreciate the differences in music and embrace it? And how does this influence you as an artist and a songwriter?
I look for honesty, always, someone who seems to mean what they say – that inspires me to be fearless and do the same.

Listen to Arlo Park on Spotify and Apple Music. Get our latest print edition HERE