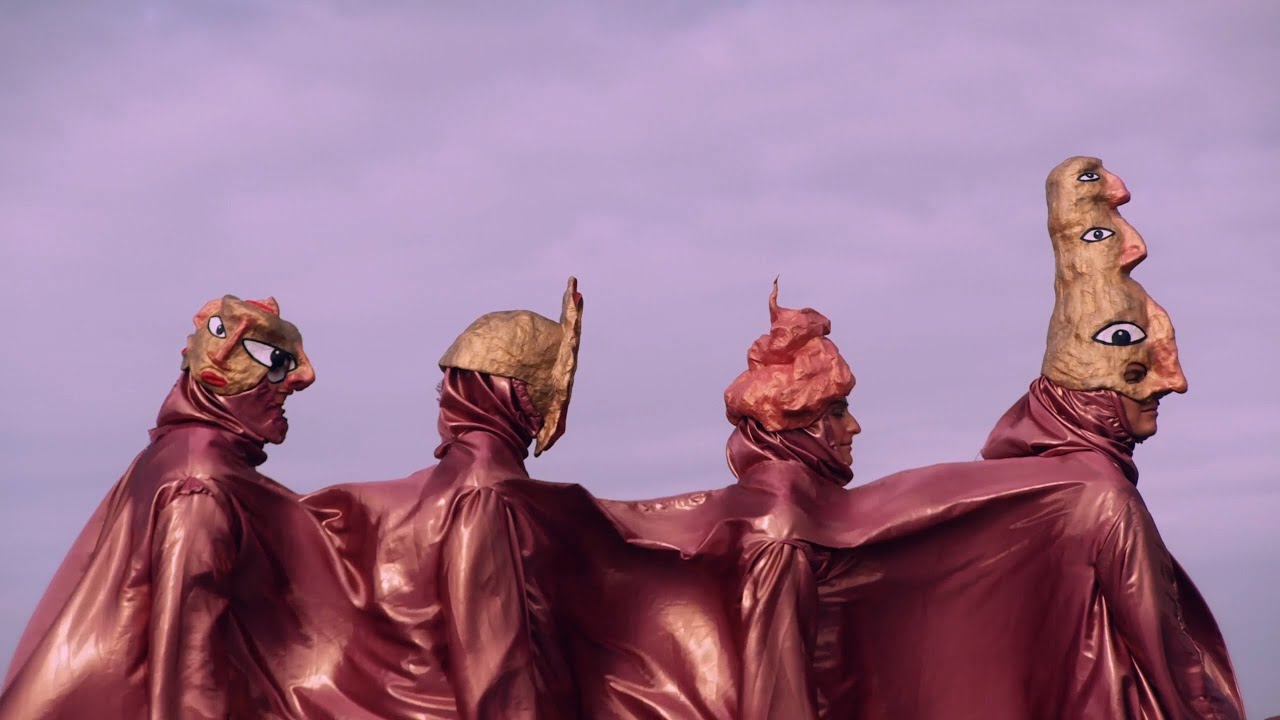 Goat Girl seem to be on a mission to create a world of mystery and peculiarity in their music videos. Video for new song ‘The Crack’ follows in the footsteps of previous single ‘Sad Cowboy’ in its bizarre theatrical costumes and primal choreography, with a sinister tension bubbling just underneath the whole thing. Making full use of the natural beauty of an untouched coastline, Goat Girl plant their music in a limbo between the distant past and the far future. The new videos from them feel like the lovechild between a David Lynch and Ingmar Bergman film, and shows that a great music video doesn’t have to have any basis in the modern day.

WARNING: this video features footage of a meat production factory. Quite a lot. Though it’s not done in bad taste, with Horsey putting together an abrasively straightforward song and video that takes jabs at the absurdity of finding happiness in consumer culture. The song is crazy to say the least, and the video plays like a fever-dream documentary, but it holds power is in its brevity and message (and the ability to turn you off buying sausages ever again).

Though they’re often not as eventful as the real deal, lyric videos deserve a shout out too sometimes. In this case, Arlo Parks records a tasteful one for her new song, ‘Caroline’. Against a deep green background, Parks sings into the camera, which cuts between various different shots of her with transitional flashes reminiscent of old 8mm film. Walking the line between an engaging performance and a simple concept, the video helps pour a little more emotion into an already poetic song.

Two Phoebe’s combine their creative powers and wonderful minds to produce a pretty perfect music video for ‘Savior Complex’ from Phoebe Bridgers’ second album, Punisher. Featuring Paul Mescal (of Normal People fame) and directed by Phoebe Waller-Bridge, the video depicts a man trying his best to escape a troubled past and an adorable dog. He resorts to all manner of escape attempts, but can never seem to outrun either the past or the dog, with Bridgers appearing to give him his comeuppance at the end. Aside from the gorgeous scenery drenched in black and white, there are loads of quirky little things to look for, like Mescal putting the car window down for the dog, and Bridgers’ name tag simply saying ‘woman’. There’s a real sense of humour to Bridgers’ songwriting that matches up brilliantly with Waller-Bridge’s own style. Weirdly, this isn’t on YouTube yet, but you can watch on Bridgers’ Facebook page here.

BONUS VIDEO: There’s also a great live performance of the same song on Jimmy Fallon that will get you a bit more into the holiday spirit whilst you fight back floods of tears. Sounds good to me!