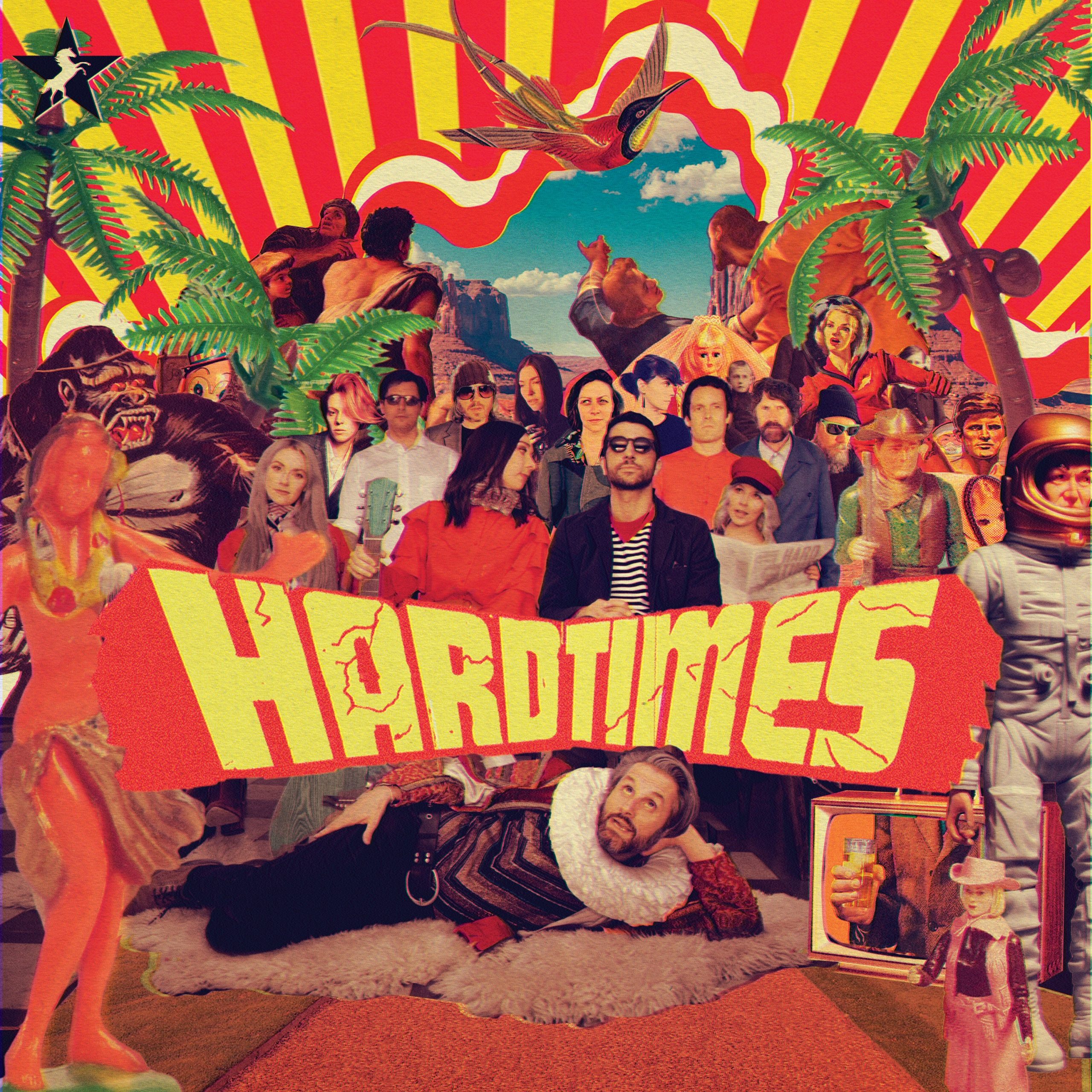 Few things inspire terror more than a covers album. It can be the symbol of overindulgence, of talent’s ​rigor mortis ​or plain panic. A death knell, in fact.

So it is with great pleasure that I report that Whyte Horses’ ​Hard Times​ is just pure, unadulterated fun from start to finish, and is just the record to banish January’s doom, gloom and sheer bloody emptiness.

The production on this thing explodes like Holi powder. It bounces with all that we loved about the first and second waves of Britpop. Despite the fact that the guests on the record are veterans—Badly Drawn Boy, La Roux and Gruff Rhys, among others—it sounds like wiry 19-year-olds who know they have a great riff and are playing it with all the ​joie de vivre ​it ought to inspire. Even more impressive is the record’s balance. Petering out or calming down there is not—the final four songs ramp up the grin factor to the point of ecstasy. The album favours a textural change rather than one in pace, John Grant’s velvet-throated entry on ​Hard Times being a particular favourite.

The one hiccup is the jarring contrast between the jaunty, raunchy horns and melancholy lyrics of Chrysta Bell’s version of ​Bang Bang​. I commend the group for trying to give the famously downbeat ballad a kick up the backside, but it still falls short compared to its neighbouring tracks. That being said, there is nothing cynical or short sighted. Production was apparently hurried and cramped, but it cumulatively feels like a wonderful weekend spent in festival tents, or in an old barn, or even a mate’s hovel of a flat. ​Hard Times is an ode to joy.

Give it a spin. Give it several. Start grinning like a pillock.

Haiku Review
Grinning Indie troupe
Swans into your lonely room
And hands you a pint.

Listen to Whyte Horses on Spotify and Apple Music, and for more Rodeo grab our latest mag HERE.