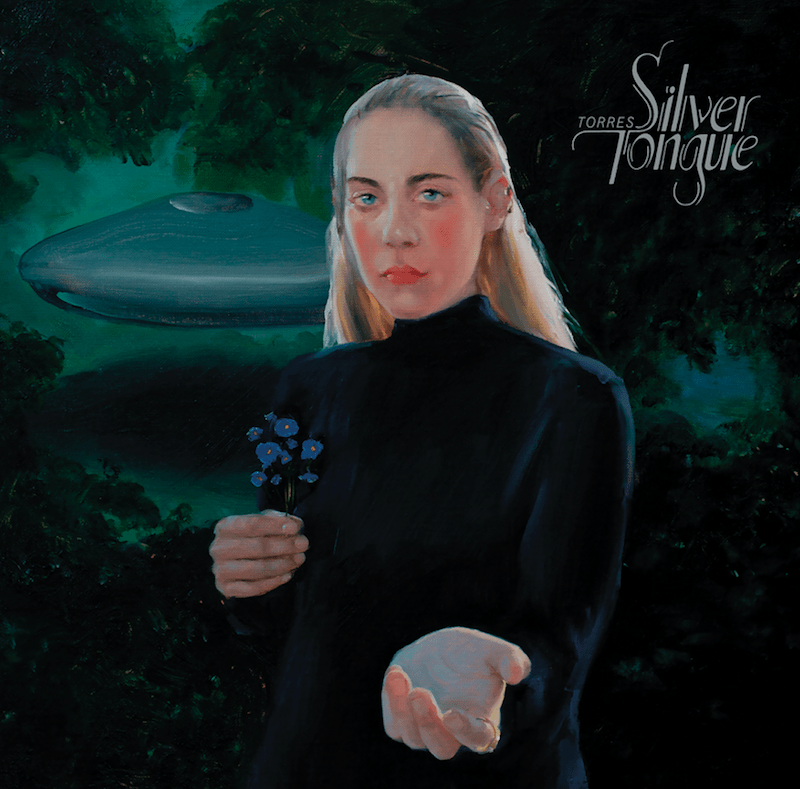 The latest record from Mackenzie Scott – aka Torres – is called Silver Tongue, a common phrase that refers to eloquence and persuasiveness when speaking. It’s an apt title for Scott, who sings with the wisdom of someone who has lived through practically everything. Lyrically, it’s as if Walt Whitman or Sylvia Plath were reincarnated just to drop some more knowledge on a whole new generation. Scott chooses her words carefully, and her silver tongue is her greatest asset.

What Torres offers up on her fourth record – first on Merge Records – is an intimate take on pop music, sprinkled with New Wave influences and flourishes befit for a band like The National. The vocal range on display here is particularly notable, with a low tenor that finds its way soaring higher into the stratosphere at just the right moments: it’s an approach that would make Kate Bush, or even PJ Harvey, quite proud. Late album track ‘Gracious Day’ is a perfect example of this, with a wispy falsetto melody that cascades over a smooth canvas brushed primarily with an acoustic guitar.

For the most part, Silver Tongue has a relatively dark palette, contrasting the insightful poetry as best it can. “I tend to sleep with my boots on / Should I need to gallop over dark waters / To you on short notice,” she sings in ‘Dressing America’, overtly detailing the all-too-familiar boomerang sensation of a relationship past its prime. Elsewhere, she addresses an ex-lover’s new lover, singing “To the one keeping my baby warm / I’m going to be the biggest thorn” which doesn’t come off so much like a threat, but rather a stark reminder that she was there first. As lyrically moving and relatable as that is, ‘Two of Everything’ is a song that unfortunately takes a whole lot of time to ultimately get nowhere, and creates a bit of a dead spot smack dab in the middle of the record. What follows is a much more interesting Side B that demonstrates Scott will never succumb to any label that sounds like ‘pop star’ – she’s much more content keeping you on your toes.

But where the record thrives is also where it struggles. Its eclectic nature sure makes it an interesting listen, but it also leaves you wishing for more of a focal point to encourage repeat listens. ‘Dressing America’ is about as close as it gets, its linear structure almost contradicting that which surrounds it, which just so happens to sound a lot like the aura of Brooklyn, where this was recorded. Torres is nothing if not a multi-trick pony, creating stirring music that sucks you in even if it doesn’t always keep you long. But her greatest trick is still the one the record was named for, and that’s worth the price of admission alone.

Listen to Torres on Spotify and Apple Music. Grab our latest magazine HERE.