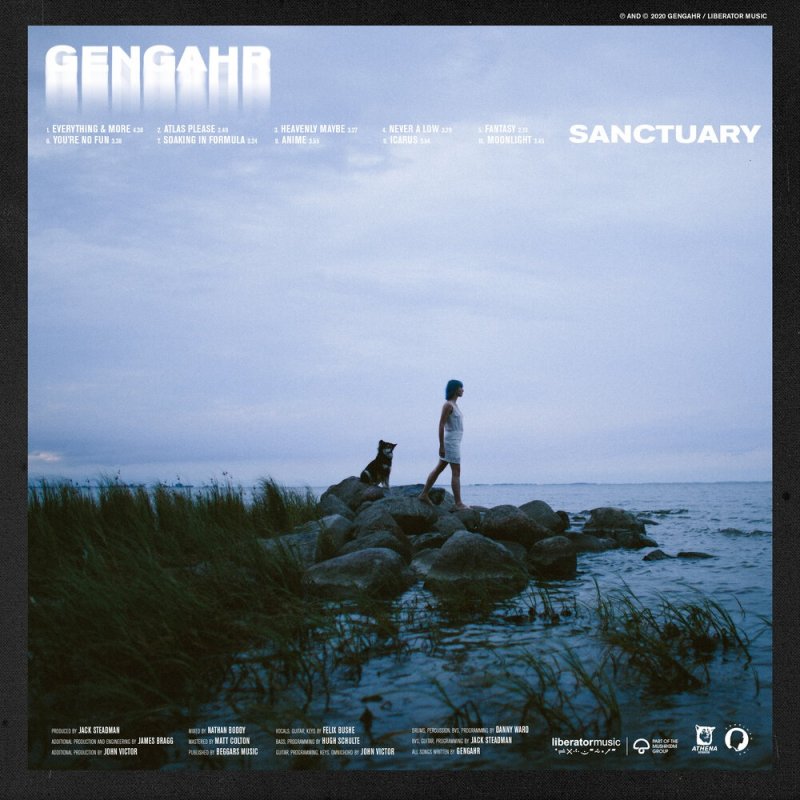 Gengahr welcome us with open arms in latest album Sanctuary

Gengahr get stuck into the nitty gritty on Sanctuary, confirming the hunch among fans that this could finally propel them into the spotlight – they don’t half try everything. The first steps inside Sanctuary are more of a stroll, Gengahr at their notorious best with their synth-light plucky pop – just a reminder of who they are and why they’re here. Step further and you’ll find more. New sounds and new moods guide you round a new space in Genghar’s world, one with a piano and louder drums.

The sound of a 90s dance tune is the first of these new introductions, on track ‘Never A Low’. Contrary to the name, there is never a low moment – I can feel my shoulders bopping just thinking about it. The next track ‘Heavenly Maybe’ is pure Massive Attack, a brilliant heavy beat driving the track, whilst the vocals just shimmer over the top. Synths a plenty.

The guided tour around everything Gengahr can do continues as next, they show us that they can write a ‘Charlemagne/Flame/T-Shirt Weather’ indie banger to get the kids moshing. This comes in the form of ‘You’re No Fun’. Starting slow, the tune is destined to be answered with a sea of hands and singing youths when played live.

The rest of the record introduces some more variation, becoming less uniformed with each one introduced. It lacks the cohesion of previous records and does feel like a Hail Mary for the big time.  At their strongest, Gengahr show they’ve developed themselves into multi-talented musicians with the ability to delve into all sounds. However, it’s hard not to see this as more of a showcase than a record. It’s like they tried to write loads of different tunes with different sounds, picked the best 10.

Great songs that just don’t fit together. Still won’t stop me forking out to see them again, though.

Listen to Gengahr on Spotify and Apple Music. Grab our latest magazine HERE.