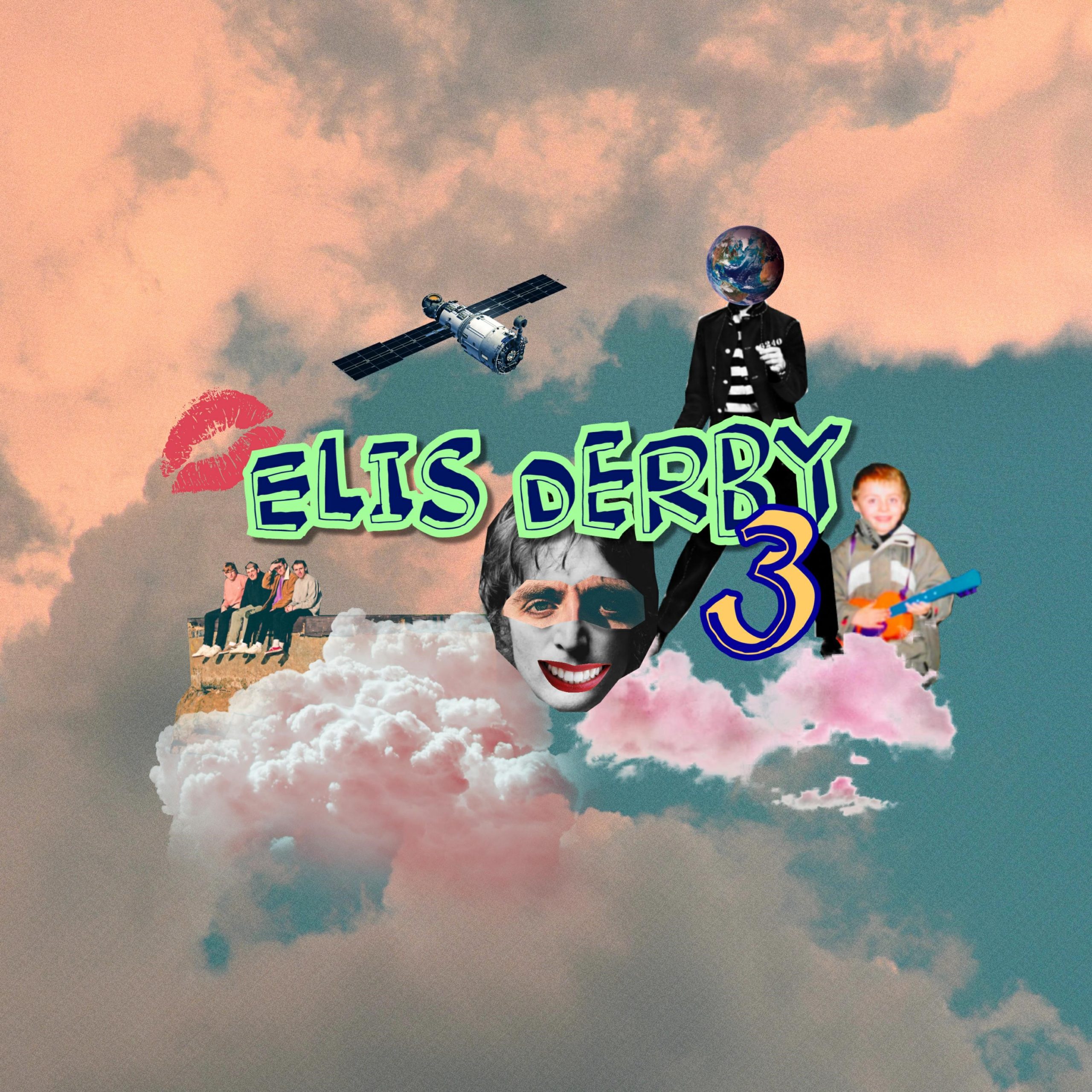 Jangle pop is a difficult genre to get wrong. Elis Derby’s eclectic range of influences on his debut album 3 show him to have a competent and creative approach to that jangle sound. The friendliness of his voice makes for a welcoming listen, and while the album certainly isn’t one that hits hard with emotions, the solidity of its delivery is immediate. 3 is assured of itself, at times spritely but also confident enough that the more reserved moments won’t leave you bored.

At its core, the record builds on the style Derby has built for himself in his preceding singles. The mix of bright and rockier riffs on ‘Sut Allai Gadw Fwrdd’ capture this in particular, but he also uses the album to expand his sound too. Take ‘Nostalgia FM’ with its pop beat, the strong scent of The Strokes on ‘Disgwyl am yr Alwad’, or the bassier tones of ‘Cwcw’ as examples. Speaking of the latter track, the groovy little instrumental outro is a nice touch on top of the shortened single version released previously. You feel as though these are somewhat safe experimentations against some of his contemporaries, but there is a genuineness in the subtle nods to his inspirations that is compelling.

At points, 3 is an album that can feel like it’s treading on old ground, and more eager indie fans will perhaps want something with more grit. But, in leading with a distinctly Welsh flavour, both in its lyrics and Derby’s affirming accent, there is a sense that this still deserves some attention for what it’s trying. Every track rewards you by revealing a little more of his personality, especially on closer ‘Sgrifen Ar Y Wailu’, where both the instrumentation and his voice take the most risk. As a likable, all-rounder album, with tons of charm and warmth, it’s tough to find fault.

3 is a safe bet for Derby, always staying recognisable enough to not be off putting, and ensuring that the expectations aren’t set too high for a debut record. Far from wanting to set the Welsh music scene ablaze, it feels like a personal and pertinent introduction into what he’s all about.

Haiku Review:
Album title ‘3’
Though it is only the first
Of (hopefully) more

Listen to Elis Derby on Spotify and grab our latest magazine HERE.