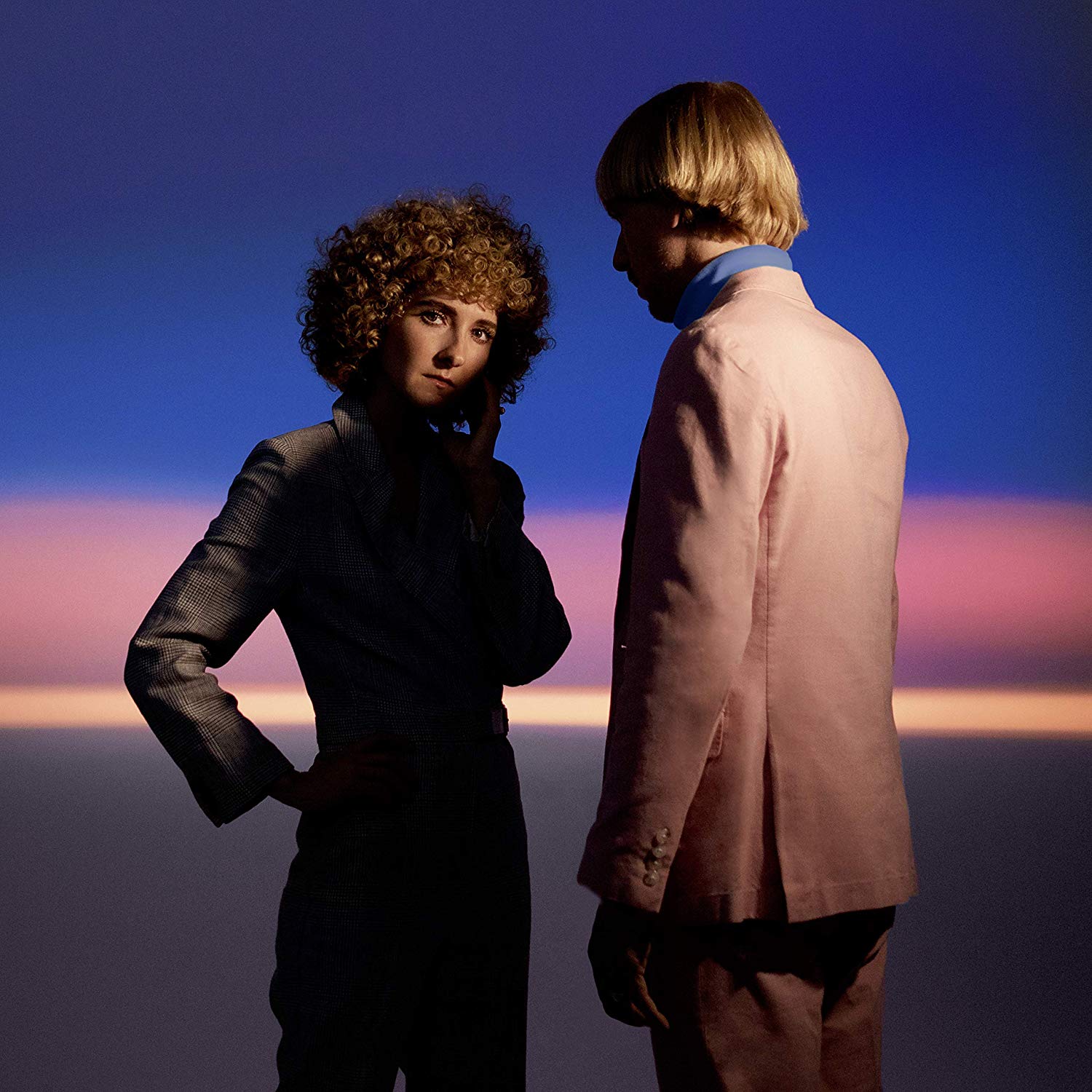 Tennis turn a terrible time into a brilliant record

An interview with Tennis, in which Alaina Moore talks about their relationship and newfound love for visual art, appears in Volume 7 available HERE.

Tennis see ‘love’ differently. As a kind of sub-genre in itself, romance music is often a set of contrived stories of wrongdoings and redemptions, one more chances and last chance saloons. Alaina and Patrick’s version, however, involves soul dependency, a “gravitational pull” and a healthy amount of support – yeah, not quite the same JB.

Swimmer, the band’s latest album, follows on from 2017’s Yours, Conditionally – the song ‘Matrimony II’ literally being a sequel to ‘Matrimony’.

Swimmer was written during the hardest period of Alaina and Patrick’s life and relationship; Patrick recently lost his father, and Alaina was hospitalized last year. The album explores several subjects; womanhood, grief and Alaina’s collapse; and though ‘love’ is an everpresent concept in the writing, the way it’s mentioned here is different to your average chart-hitting pop ballad.

Here, Alaina and Patrick write from a perspective of support. Due to the difficulties they’ve faced, each other most likely became a pillar of normality and stability in an otherwise shite time. And, as a result, the songs on Swimmer, whether directly a ballad or not, are in some degree an experience in which the pair have faced adversity and had to work through it, together.

Not shying away from the sadness, Tennis create something intensely intimate. I’ve always thought music can make you feel emotions you’ve never experienced before; like walking in someone else’s shoes for a day, you can figuratively feel someone else’s emotions. And, listening to Swimmer you empathize with both the darkness and the light Alaina and Patrick must have felt.

Overall, the record is more confident in its emotions, laying out the reality of the last year in an unabashed manner; ‘Swimmer’ is about scattering Riley’s father’s ashes in the sea, and ‘Echoes’ is about Alaina’s hospitalization. But, though there are moments of sadness on the record, there are also moments of pureness where their relationship triumphs against the odds like the sun rising after a stormy night.

In volume 7, I talked to Alaina about how the pair work together, overcoming difficulties in their writing process by respecting each other’s right to say ‘no’. They have a unique egalitarian approach to everything they do, and, as a band, they prioritise each other over their music, making sure both take time out, go to therapy etc. when necessary.

Swimmer is also more sonically confident than it’s predecessor. The overall production is diverse and colourful – despite the darker topics – and accomplishes something that marries the pair’s already well-established character with something new, fresh and positive.

Synths and various electronic elements slip into the mix; bringing a more light-filled, modern sound to stand out track,‘Runner’, for example – an excellent, sporadic and masterful single that playfully and rhythmically sets god to 80s synth. And, Melodically, Alaina and Patrick are on form. Alaina’s vocals – somewhere between Kate Bush and Judee Sill – are excellent, consistently rising above the mix in an air-filled vibrato, while Pat echoes Alaina, using vibrato and chorus on his lead lines creating a powerful combo – see ‘Tender As A Tomb’.

It’s clear that the series of unfortunate events that led to this record have created a formative turning point for Alaina and Patrick. Through all the pain, anger and sadness, together they have created something excellent, something that people can enjoy; an ornate bookend on a traumatic time.

Haiku Review:
Where does the time go?
It’s lost when we are at sea,
Between tides and waves,

Read an interview with Alaina Moore, half of Tennis, in Volume 7 of our print magazine HERE. She appears alongside the likes of Soccer Mommy, the grammy-nominated Black Pumas and Alfie Templeman.