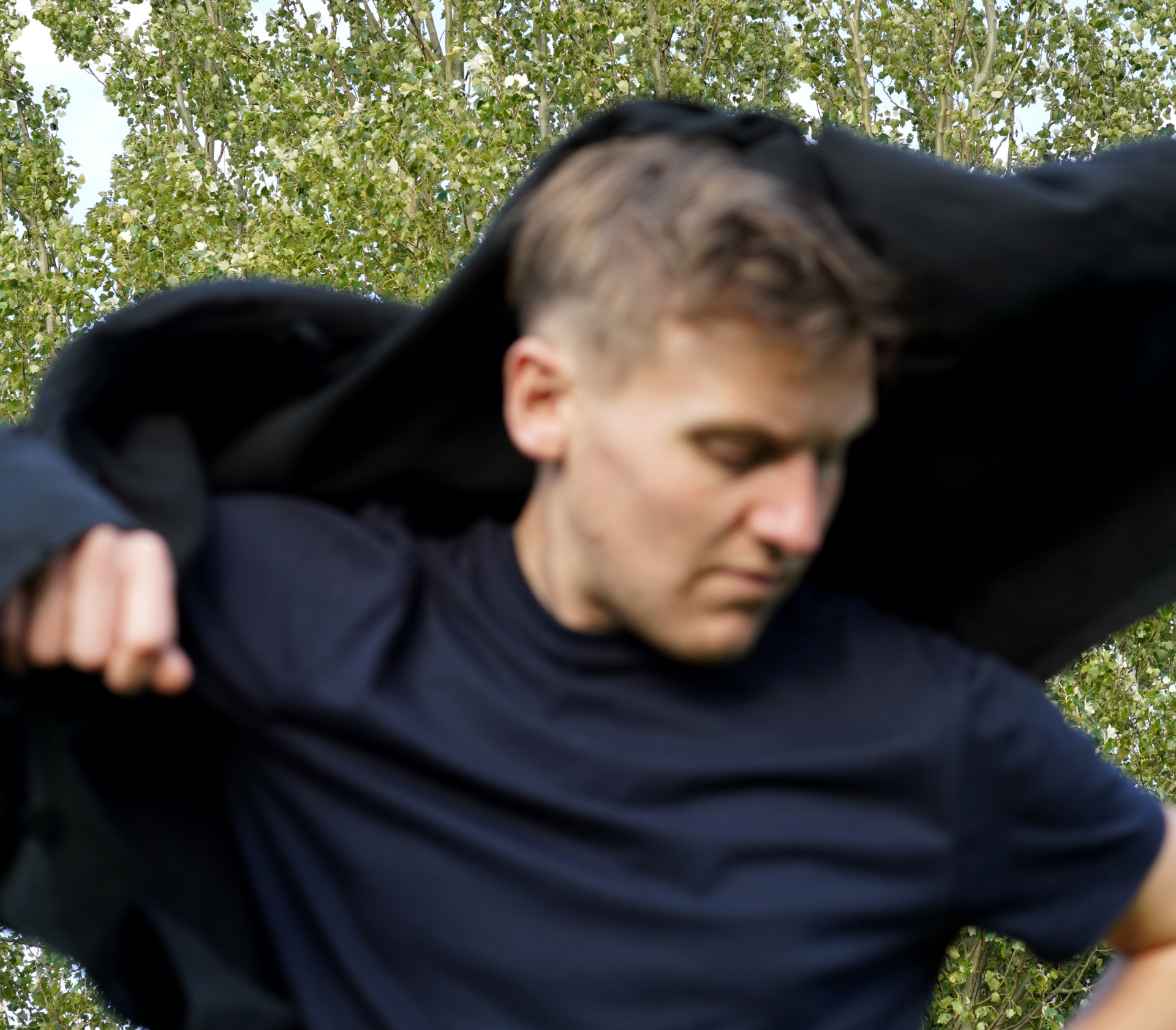 Following film scores and wider collaborative projects, Robin Richards finally broke away away in December with solo EP, Castel, and prepares to make his headline solo debut tomorrow, Thursday 20 February 2020. Ahead of the show, we sat down for a catch-up.

You’ve got a new show coming up at Band On The Wall, in Manchester’s Northern Quarter, are you looking forward to playing your new solo work somewhere close to home?

Yeah, I’m really looking forward to the show! It was great to do the support slots with Anna Meredith earlier this month, testing my live set out on new audiences ahead of the headline show. Hometown shows with Dutch Uncles are always special and I’m hoping that this, my debut solo headline gig, will be too.

How do you feel about getting on stage as a solo artist?

It is slightly daunting. However, I will be backed by some amazing musicians which definitely takes the pressure off. I’m just really excited about performing some of the new material live for the very first time.

You created five albums with Dutch Uncles; other than working on these film projects, what have you been up to since the release of Big Balloon?

Since we finished touring Big Balloon, I got married in late 2018 and my wife and I had a baby three months ago! Other than that, I worked on a project last year called ‘From the Crowd’, which was a large scale, immersive event commemorating the 200th anniversary of the Peterloo Massacre in Manchester. It was an amazing project to work on, collaborating with several different community groups and artists throughout the process.

I also went to Japan last summer on a filming and research trip for a new film/music project, which will be screening with a live soundtrack in the coming months. And I played bass with Everything Everything for a couple of gigs last summer, stepping in for Jeremy who was playing with Foals.

Sounds like a busy time! You created ‘Birdsong’ after visiting Kiev and Pripyat, what was it like being on the ground there? How did that alien-like world inspire you?

It was an equally incredible and eerie experience visiting the exclusion zone in Pripyat. Filming and recording sounds there, all while being constantly aware of an invisible radioactive danger was a bizarre and unnerving feeling… although my Geiger counter reassured me that the radiation levels on the day were the same as in London! The desolate world definitely inspired the score’s development, and I also captured field recordings of birdsong in Pripyat, which I then used as the main melodic motifs for the score.

You’ve worked on multiple film compositions now, how has that affected the way you’ve created your new selection of solo work?

The EP I released in December is a compilation of sorts, an introduction to my solo work outside my film compositions or collaborating with Dutch Uncles. I am always looking at new ensembles and sound worlds to experiment with in whatever project I’m working on. For example, the ensemble I composed the score for ‘From the Crowd’ comprised three drummers, six synthesisers and a choir of twenty singers…

‘Toompea’ is a song that you’ve said is influenced by Estonian history – did your visit to Ukraine have any influence on this wider interest in Eastern European culture, politics and history?

Oh, absolutely. We spoke to lots of people in Ukraine with differing opinions of their country’s Soviet past, and this led to me undertaking a lot of research on the subject. The interest in Estonia’s history also stemmed from researching Estonian composer Arvo Pärt, whose music I take a lot of inspiration from. The piece ‘Arvo’ on my EP is dedicated to him and his work.

Your past music has commented on political issues, is this something you continue to do?

Definitely. Getting the commission to work on the Peterloo project last year was really inspiring as we didn’t only focus on the political injustices of 1819, but looked at current issues such as climate change, housing, LGBT rights, disabled rights, and UK immigration detention centres. I have found that any project I have worked on with historical political themes still very much has contemporary relevance.

You’ve certainly had an eclectic mix of inspiration – “unfashionable records belonging to your dad” as you once said, alongside artists like David Bowie and Kate Bush. Have new things taken the place of old inspirations, or do they all mesh together?

I don’t think any old inspirations truly get left behind. I’m definitely not ashamed of the unfashionable records belonging to my Dad – for instance, there is so much in the music of Gentle Giant, King Crimson and Focus to enjoy and take inspiration from! I love layered music where you hear something different every time you listen to it, and that all comes from many different inspirations melding together.

You’ve been known for creating a distinctive hybrid of genres – math-rock, funk, prog, indie, art-rock… where would you place yourself now?

I still find it difficult to categorise my own music, hence all the genres you’ve listed there. Maybe the terms ‘contemporary classical’ and ‘electronica’ should be included in that list now? I don’t really mind how other people categorise it!

Listen to Robin Richards on Spotify and Apple Music, and find more information on his Band On The Wall gig HERE. Get the latest edition of our print magazine featuring cover star Soccer Mommy, grammy-nominated Black Pumas, Alfie Templeman and more HERE.