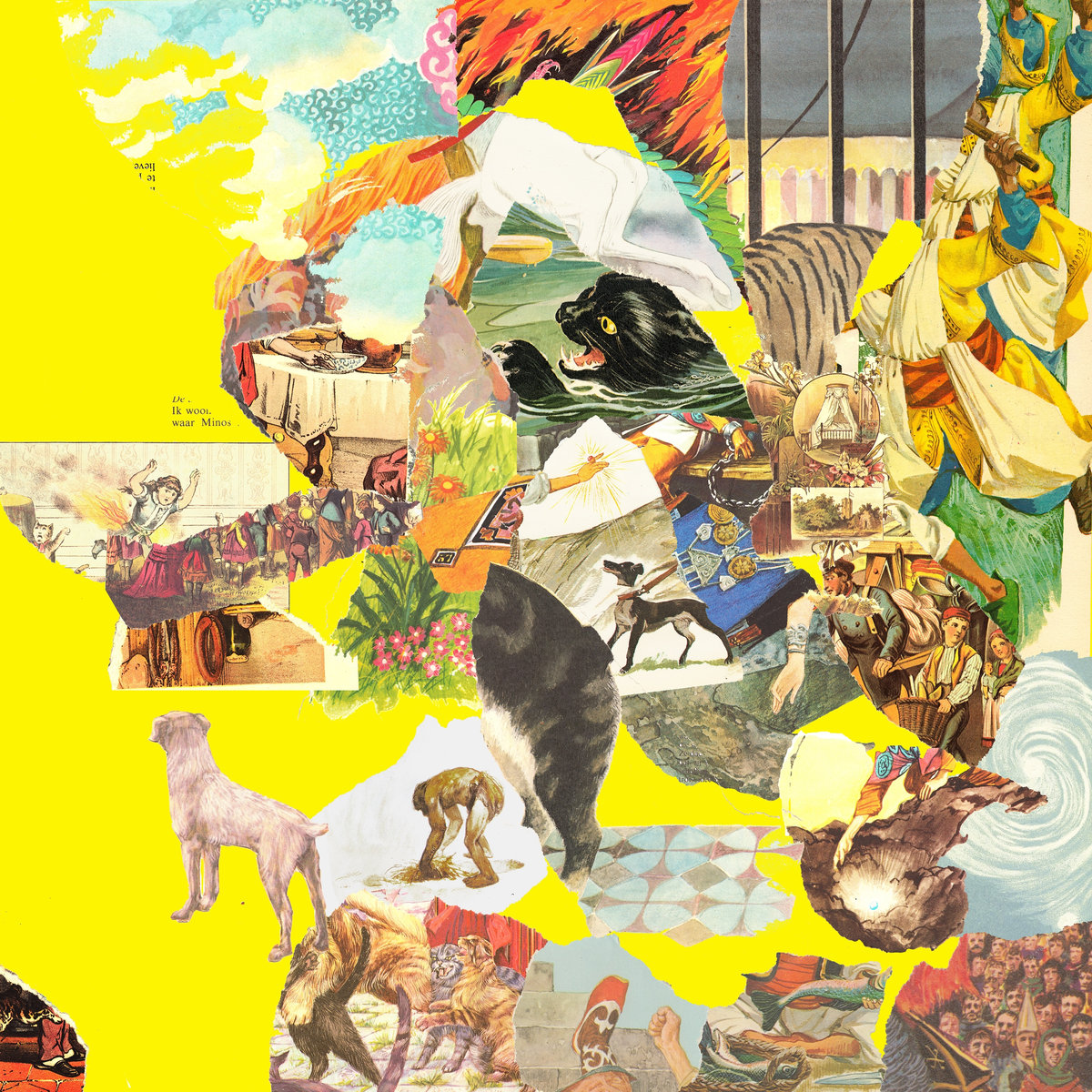 The Homesick swing and miss on ‘The Big Exercise’

Despite their best intentions, The Homesick have missed the mark with The Big Exercise. Their attempt to push boundaries with a more experimental approach has left them with a bland and uninspiring tracklist.

As showcased by their artwork – a mishmash collage of animal cutouts overlayed on a yellow background – the trio has pivoted away from their post-punk roots and explored a more psychedelic sound à la The Cleaners From Venus and early Ariel Pink. This sort of move can often spawn unrelenting creativity; think of the way Talking Heads went from a pop-rock band to new wave avante-funk group, for example. But unfortunately, that doesn’t happen here.

The opening track, ‘What’s In Store’, starts with the sound of running water succeeded by cheery, melodic vocals. In a sort of Beach-Boys-esque chorus of voices, the song never really progresses to much further than that. What follows feels like an unenthusiastic attempt to recreate the previous track, which pretty much sets the tone for most of the record.

There’s a lack of identity between tracks across The Big Exercise that leaves you craving something to just come and sweep you off your feet. The mix is led almost purely by the vocal lines, and, a bit like with Fleet Foxes, eventually you just want something else to chime up. There are some complex and well-written sections across the LP, don’t get me wrong– instrumentally, it’s impeccably performed and incredibly clean-cut, but as a whole record it just doesn’t seem to coherently fit together. Instead, it’s jagged and jumpy, lacking a clear direction of uniqueness.

Now, without completely tearing it to shreds, the lads do deserve some credit for stepping out of their comfort zone and exploring a new angle. Title track ‘The Big Exercise’ offers a glimpse of what could have been. The song bubbles along with confidence and clarity, managing to give their trippy endeavour a quality reminiscent of XTC or the like. Alas, it’s only for a moment, however.

Had The Homesick taken the strengths that made their debut album such a solid listen – a simpler all-around approach – and built upon it, we’d have a stand out album on our hands here. But unfortunately, there is just a meandering sense to the album that eventually bores more than entertains. Shame.

Listen to The Homesick on Spotify and Apple Music. Get the latest edition of our print magazine featuring cover star Soccer Mommy, grammy-nominated Black Pumas, Alfie Templeman and more HERE.