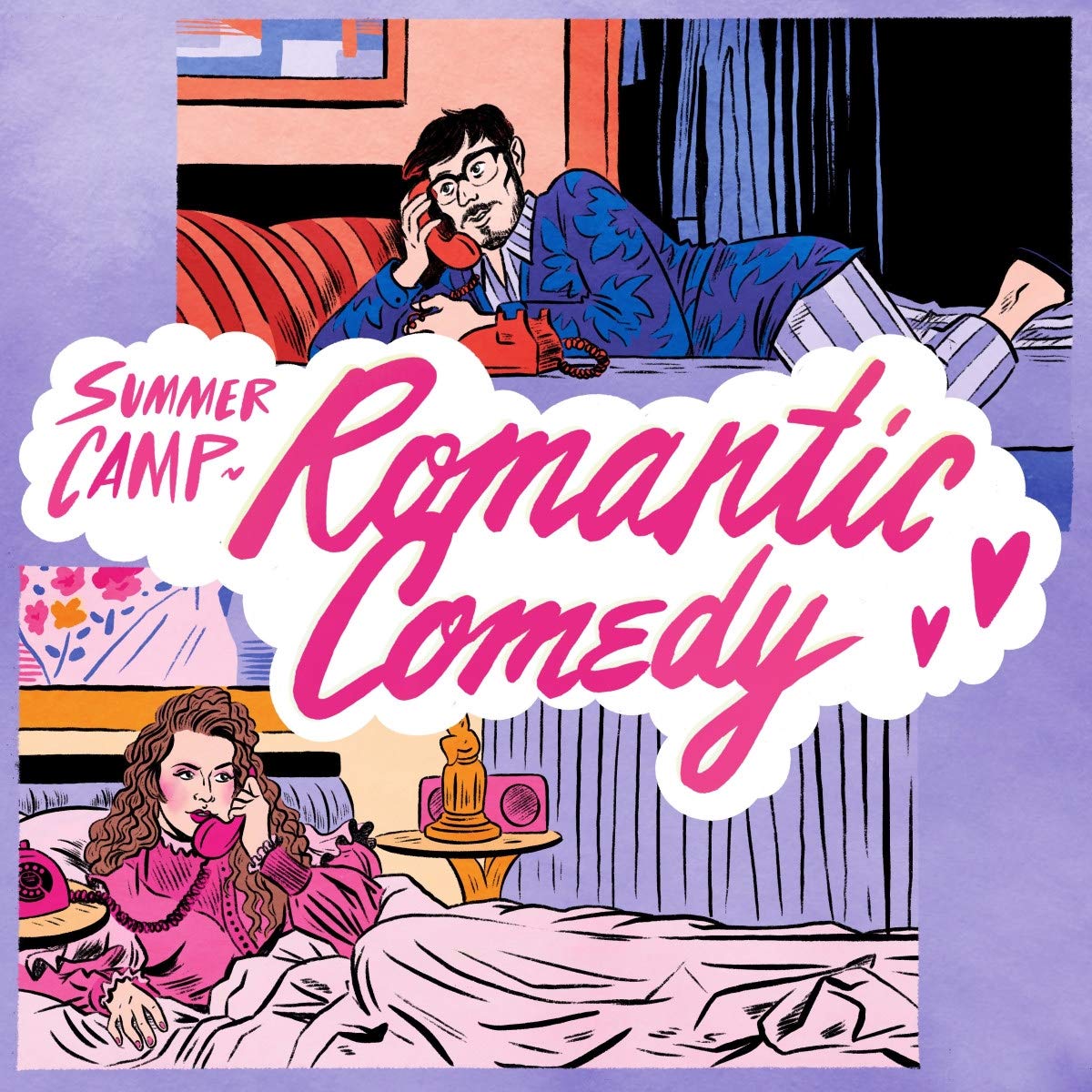 Summer Camp get loved up on ‘Romantic Comedy’

This is a lyrical love letter to, well, the rom-com.

Summer Camp is a two-piece merging bubblegum beats with a dose of shoegaze. This is a lush, dream pop album that co-habits as an extended love letter to the finest of all film genres: the rom-com.

The record is reminiscent of the credits rolling on love, the sunset of youth and innocence; everything that romantic comedies do so well. Listening to the album took me back to watching John Cusack in Say Anything, you know the one where he lifts the ghetto blaster above his head; it reminded me of Harry admitting he can’t just be friends with Sally.

On the band’s official website is a trailer to the docu-film that this album soundtracks. Elizabeth Sankey, the singer, has made a film documenting her love affair with romantic comedies. It is difficult to create a thrumming, humming buzz of fuzzy frolics to accompany such a personal odyssey but they get the job done. It is a piece of Warholian wizardry, a breezy, sometimes cheesy, journey through Notting Hill, 50 First Dates and Sleepless in Seattle that needs to be released from its alt-pop box.

The 1960s influences are there, blaring out the counterculture. Dr Timothy Leary famously told us to turn on, tune in and drop out, and Romantic Comedy is just that. ‘Barefoot in the Park’ really stood out as a lush piece of orchestrated alt-pop. The upbeat and uplifting music lilts and loops around the lucid mind, creating sublime sunshine alongside yearning.

The artwork that complements Romantic Comedy is also straight from the 1960s era, a Roy Lichtenstein painting, looking a bit like a felt-tip masterpiece. The album itself is pop art meets Pop-Tarts in a way, as the sweet mixture of echoing vocals blends beautifully with the textured creativity of the songs.

‘You Complete Me’ is what I’m going to call a ‘salad ballad’ – that’s a registered trademark – meaning that it goes well as a side dish to any meaty melody or heavy drop. It is good for everyone and, no matter how hard you try, it cannot be universally disliked. Like a real salad.

Sit yourself down, sip a cold drink, and slip on the Summer Camp. Slide into the memories of your younger self, get lost in those awkward romance stories and embrace the drama, the humour. You won’t be disappointed.