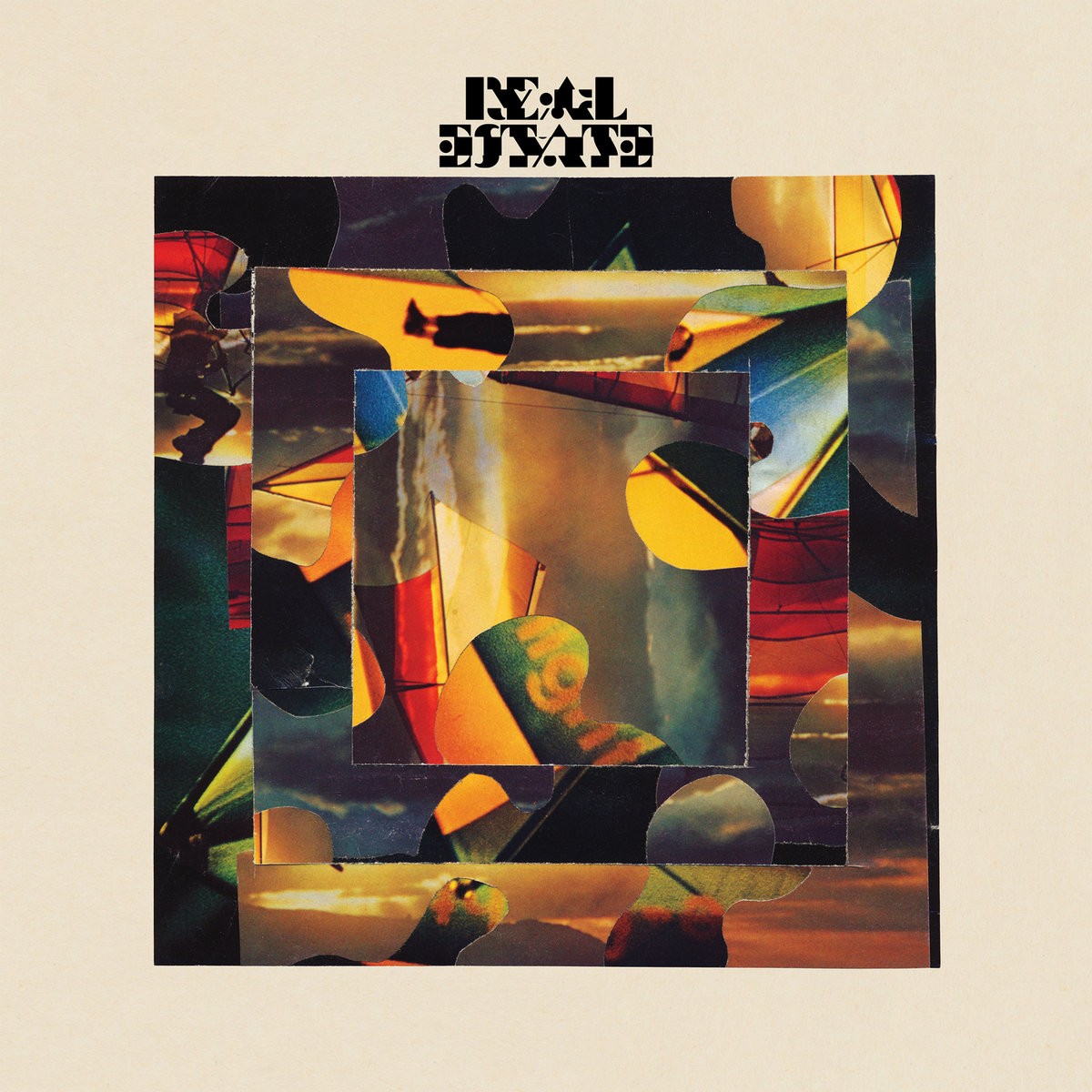 Real Estate struggle to keep with the times

Real Estate deal with the fatigue created by a world that has changed so much in such a little time.

The Main Thing hides its introspective underbelly with lush instrumentation and out-of-reach vocals, encapsulating its waning existence in songwriting that is simply waiting for the next breaking news story of yet another disaster. Unable to work out what sort of person it’s become, it hopes you might be as lacking in direction and hope for this world as it is.

Trip-hop vibes open up the record on ‘Friday’, a delectable and humid cut that gives way to the stunning lead single ‘Paper Cup’, which delivers a boost of energy from its danceable beat and catchy yet reflective chorus. ‘Gone’ is one of the strongest of the sadder tracks, with its torrid synths and slow beat, whilst ‘You’s care-free guitars harken back to their earlier material.

The middle section is divisive, sometimes feeling underwhelming and underdeveloped, yet also offering flourishes like the gentle downward hook on ‘Falling Down’. Less than being filler, the pacing drags as they try to cram in one too many ideas. Every time you hope they might break into something more substantial, the moment never arrives.

Finally however, as the second half gets underway, the record relinquishes you from its murkier moments and reveals its most accomplished material. The strained bass of ‘Shallow Sun’ gives it beautiful warmth, whilst the lushness of ‘Silent World’ really stands out, especially with that drum machine beat. ‘Procession’ is a wonderful little track which stands a moment of hope against the melancholic feel of the album. When they bring out their synthier, more psychedelic side, the album feels most comfortable with itself.
Real Estate appear unsure about where they’re going on The Main Thing. This is the sound of a band who have come a long way sonically and personally, and who seem to need this record to establish a mental foothold.

Their passion remains, but it’s tinged with a sense of disparity, and as to what they’ve emerged as, no real answer is given. You often hope that they might drop the pretences and just be straight with you, but it remains hidden behind that lush instrumentation and those decorated vocals. Perhaps, however, with the weight of how much the world has changed since we last heard from them, no other response seemed right.

Haiku Review:
Real sad jangle pop
seems to be the only way
to deal with this world.