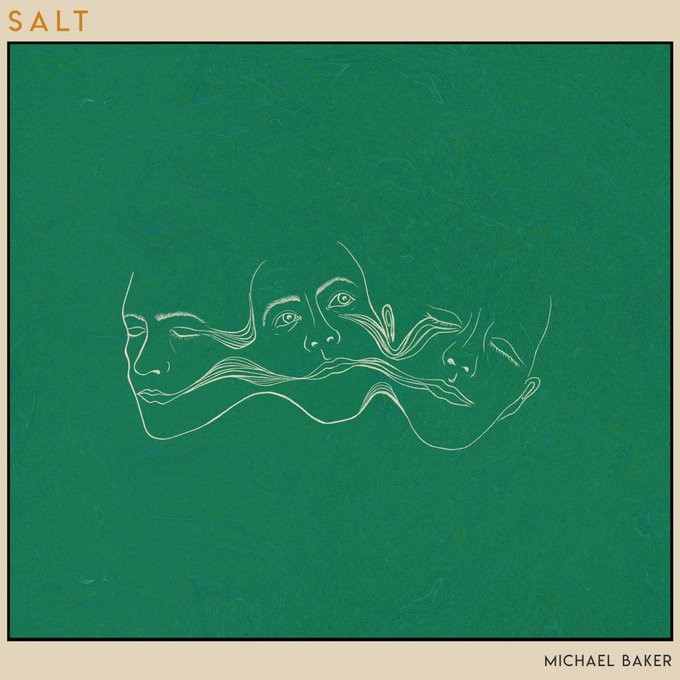 On his sophomore record, Salt, Brighton native Michael Baker furthers a conversation surrounding mental health that’s become, thankfully, more and more destigmatized over the last few years. And with a vocal style that uncannily resembles a modern-day Cat Stevens, his stories become that much more earnest.

“The mind can be a deadly place,” he sings in the penultimate track, ‘They Look Just Like They Know,’ which floats around a gently picked acoustic guitar that, for a second, had me feeling like I was about to hear a ‘Holocene’ cover. Subtle Bon Iver influences like this show up all over these otherwise simple folk songs, and this lyric is a great summation of the lyrical content within. With an anxious mind, worried thoughts can sometimes feel like, well, salt in a wound. Baker hits the nail on the head here – it can be dangerous territory.

For further proof, on early highlight ‘Baby Books, Baker sings “I hope you’re good now that you’re gone,” as he reflects on losing a friend to suicide. The song struts along at a steady pace, simultaneously creating a sort of tension fit for the theme. This is where Baker excels – creating moods not just with the words he sings, but with the musical landscape behind them. He makes it easy to get lost in your own thoughts.

Where Salt really hits its stride is with Side B, which kicks off with the most uplifting song on the record, ‘One God Damn.’ It’s also one of the most memorable, as it slowly builds into something of a summer night’s anthem. “What a goddamn beautiful day,” he declares in the chorus. You don’t even have to hear the song to know it’ll be a killer singalong at shows, but you should certainly get to know it.

Although the record can seem a bit formulaic at times, Baker provides further proof that a good story almost always makes for a good song. On Salt, he comes off like a weary traveler that has meandered into town looking for a stiff drink and some good, clean conversation. He may be a stranger, but he’s also a human being with human problems and therefore, we should buy him that drink and simply listen. I think it’s safe to say we could all relate right about now.

Haiku Review:
Baker offers up
Some goddamn beautiful songs;
Salt should not be missed

clipping. rewrite the horror genre on ‘Visions of Bodies Being Burned’