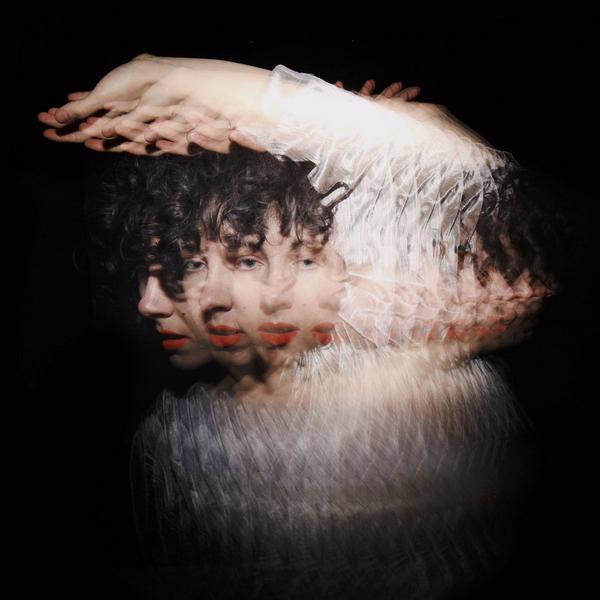 Don your best headphones, cosy up, and listen to this in full.

In 1941, Spanish writer Jorge Luis Borges published a short story called The Garden of the Forking Paths. It expressed the idea of ‘infinite texts’ – stories within stories that rambled together on a quantum level. Borges was part of the Ultraist movement (in Spanish, Ultraísmo), a response to the popular Modernismo which was dominating Spanish poetry at that point.

Ultraísta, who take their name from the movement, explore the same ideas as Borges in Sister, their latest album. They’ve put images on images, stories upon stories, worlds upon worlds, the lyrics and ideas cascading upon each other in event-like rhythm. Like Borges and similar writers in sister movements such as early Modernism, Ultraísta are not only focusing on every ‘is’, but the ‘and’ between each of them. For them, what comes between is just as important as what’s happening.

Sister is their first album as a trio for eight years, having released their first project, a self-titled album, back in 2012. Their album output is very similar to how Sister was born, through sporadic improv sessions that Godrich eventually brought down to their base components in his studio in London.

Their first album was hailed by Rolling Stone as “a beguiling experiment in hybrid theory, deconstructing syncopated African grooves, krautrock experimentalism and eccentric electronics via contemporary recording technology.” They’ve developed upon these themes, paring them down with accuracy into something that fits together like a puzzle box just waiting to be opened.

In their lyrics, you find a lot of similarities with their namesake movement. In a manifesto published in 1922, Borges wrote that Ultraísmo would reduce ‘the lyrical element to the primordial element’ and delete ‘useless middle sentences, linking particles and adjectives.” Sister provides on these front, becoming very much iconoclastic for ideas of sentimentalism or courtesy – it’s an album that’s not here to make friends.

While Waronker and Godrich display their formidable talents as musicians, it’s Bettinson’s vocals that truly bring this project together. She inhabits the centre of each track, pulling them along in an ultimately jovial aesthetic.

The way the electronic sound working in tandem with Bettinson’s vocals reminds me of Beth Gibbons of Portishead – but this isn’t dark or sinister like those trip-hop pioneers – it’s dulcet and warm. Pink-orange sunshine through post-storm raincloud, that sort of thing. But at the same time, there’s something malevolent brewing.

Just under 43 minutes long, Sister draws you in for the long haul. It’s meditative. ‘Bumblebees’ is scored by birdsong and clangy percussion, possibly the ‘cutest’ of the tracks on the album. ‘Harmony’ congregates around a frenetic drumbeat, slowly replaced by a deliciously calming fade-out, as you’re left to ruminate on Bettinson’s words as she sings “I don’t need people in my life”.

Final track ‘The Moon and Mercury’ is a lesson in melodic melancholia. It’s humbling and lovely and sad and cathartic – a truly beautiful end for Sister. “I don’t know what it means / to find myself alone.” Bettinson sings softly. While sometimes her voice can get lost in the background, it’s a small failure that actually seems to work, which makes me wonder if it was a failure at all.

Sister presents a lot of exciting and numbing imagery, coalescing into something that is both memorable and fleeting. It’s an album that’s more experienced than listened to. To return to our literary comparison, Borges summarised the goals of Ultraísmo in this; The “Synthesis of two or more images into one, thus widening its suggestiveness.” Ultraísta does this with the utmost style.

Haiku Review
Melancholy? Yes,
but something ever so sweet.
Borges would be proud.