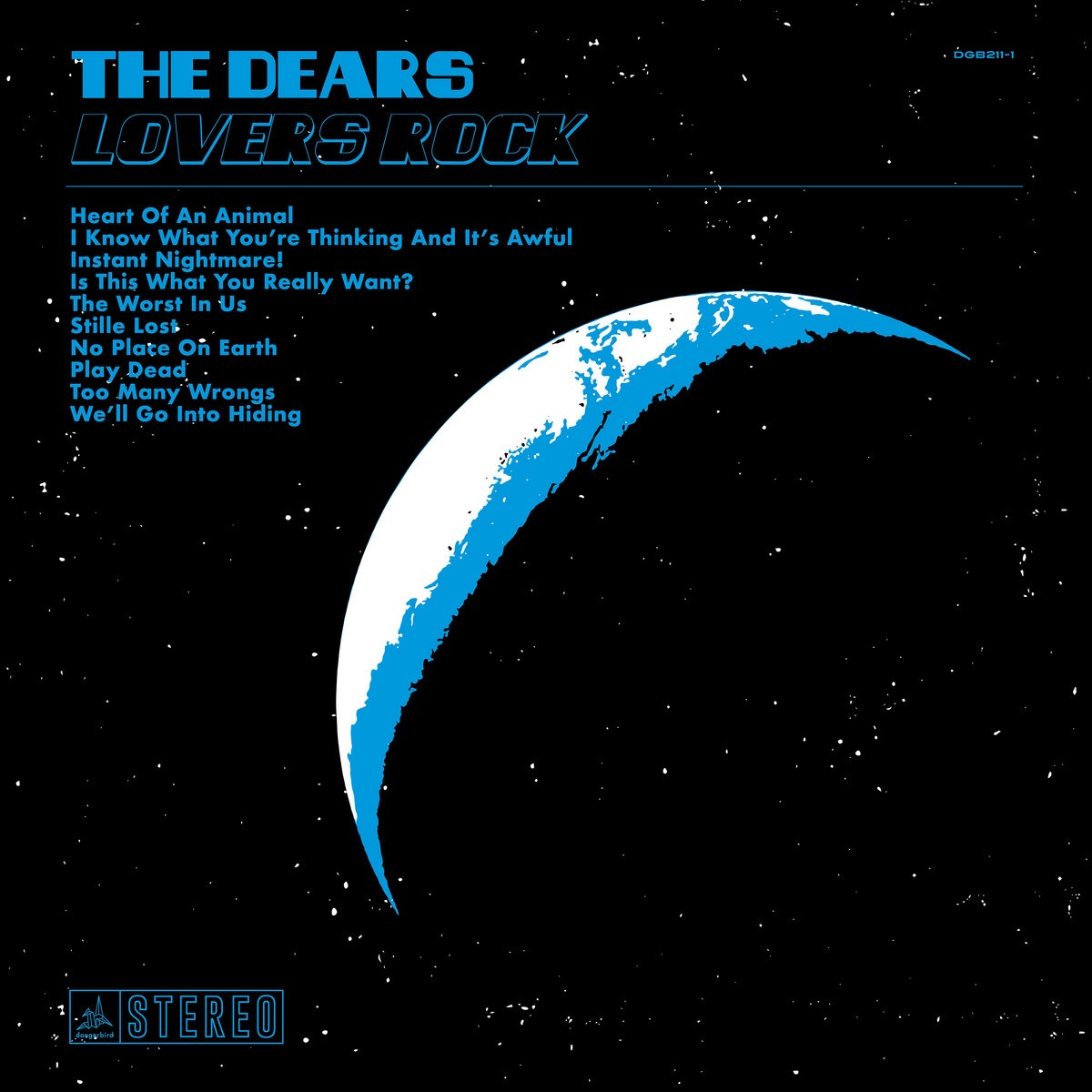 The Dears struggle to find a balance on Lovers Rock

In most popular songs, repetition plays a major part in its popularity. Generally, the more repetitions of the chorus, the catchier the song. On Lovers Rock, The Dears adhere to this formula. Notable on every track, Lovers Rock is a collection of songs that are trying to get stuck in your head for days, to varying degrees of success.

Throughout, The Dears showcase their superb musicianship. Lightburn’s vocals are triumphant as he engages with both higher and lower registers. Each song shows off his extensive talents, with tracks like ‘Heart Of An Animal’ demonstrating some hauntingly deep vocals, while ‘Stille Lost’ reveals his powerful, melodic abilities. However, due to their focus on catchy choruses, the record becomes dull and predictable. The repeated themes become tiresome, and the repetitive vocal lines prevent this album from reaching its full potential.

While the song structures become predictable, The Dears salvage the record with their instrumental experimentation. Brass, synths and strings all play important roles throughout Lovers Rock, preventing the record from becoming ‘just another indie album’. Where synth sounds (rather reminiscent of Space Invader) permeate the opening of ‘Instant Nightmare!’, ‘Stille Lost’ contrasts this entirely with its powerful sax solos.

It’s an enjoyable listen but ultimately, it’s all stuff we’ve heard before. The euphoric yet demonic gothic post-punk sound that Editors, Interpol and White Lies spent years perfecting has gone out of fashion nowadays. The Dears do their best to bring it into present day, and succeed in some areas. But unfortunately, it’s nothing new.

An album filled with songs about love, heartbreak, devotion and passion, Lovers Rock lives up to its title. It’s not perfect, with its somewhat dull repetitions, but it many of the songs get stuck in your head, and I guess that was the point?

Haiku Review:
Repeats and riffs rein,
Lovers Rock is so catchy.
The Dears do triumph.

Listen to The Dears on Spotify and Apple Music. Like this? Check out our shop, some proper goodies on there.