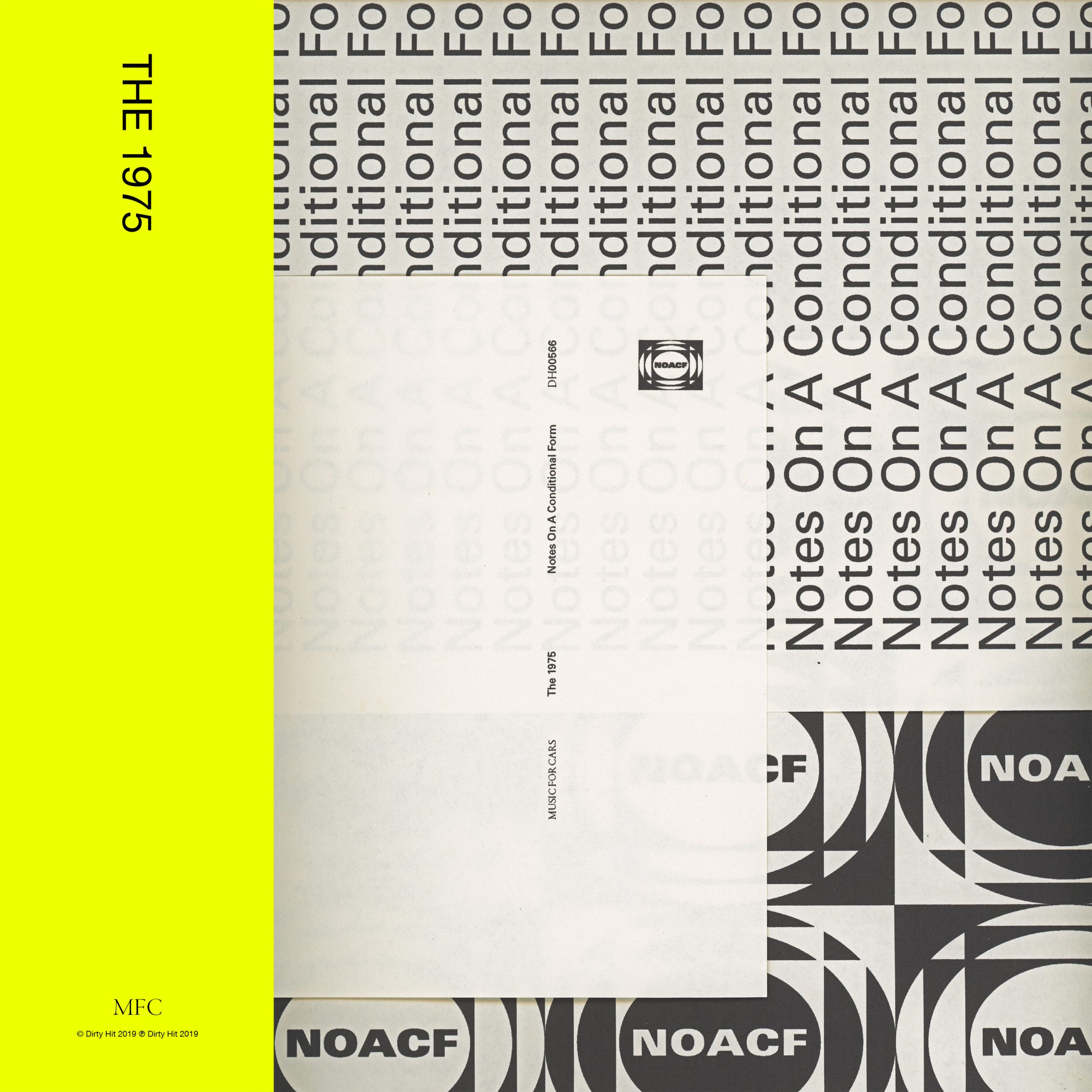 The 1975: Notes on a unconditional, diluted and poorly written form

The 1975 - Notes On A Conditional Form
Reader Rating1 Vote

Reviewing any 1975 album is a difficult task. Their a dense marmite mix of highly stylised and blunt portrayals of drug abuse, relationships and family problems. Frontman, Matt Healy, being especially controversial considering his privileged upbringing and – as we’ve just found out yet again – his overly compulsive behaviour.

Understandably so then, The 1975 split friendships like Moses at the Red Sea. Some can’t stand them, others laud everything about them. Whilst I, personally, sit with the former; believing that the band are often more aesthetic than profound, more vain than caring, more confident than well-grounded in their art.

The band’s latest offering, Notes On A Conditional Form pretty much confirms this. Put simply, the record is a strange, incoherent mish mash of genres, styles, messages and quality. If I had to describe it to you, it’s like someone threw a genre grenade at a speaker and called it ‘postmodern’ to sound cool – get out of yer arse.

The album opens with ‘The 1975’, a bold spoken word track by climate change activist Greta Thunberg. As an album opener, it’s a clear and powerful message of intent: “We are right now in the beginning of a climate and ecological crisis / And  we need to call it what it is / An  emergency.” Granted, those are borrowed words, but the band uses their stage and name to create a point.

Unfortunately, from follow up track ‘People’ onwards, this tone and message is completely lost. The album quickly descends into a bloated hodgepodge of oddly contrasting tracks; starting with ‘The End (Music For Cars)’ and ‘Streaming’.

As two grand orchestral motifs, they set up what seems like a recurring interlude feature for the rest of the album. However, that recurring feature never actually materialises. And, instead, we’re left with two bizarrely out of touch filler tracks that have no, and set no, precedent, simply adding fat to an already bulging-at-the-belt, one-hour-twenty track list.

Admittedly, indulgence seems to be a theme that carries across most of The 1975’s work, it’s almost a trademark, but in addition to useless orchestras, Notes On A Conditional Form is full of jarring decisions.

In terms of genres covered, for example, the band repeatedly goes from country, to blues rock, indie folk to house music, ambient music to spoken word, experimental to punk, dream pop to about anything else under the sun. As a listener, it’s frankly disorientating. I don’t expect to be spoon-fed an album, but with NOACF you feel like you’re listening to five separate bands, or a mixtape made by a crackhead, a twelve-year-old and a guy with a top-knot – what’s going on?

This sense of constant shifting, from one genre to another, one indulgent motif with no overall point to another, makes it increasingly hard to like the album as a whole – or indeed treat it as a whole. The way the album moves between acoustic and electronic, orchestral and stripped back, dance and dream pop, in the space of one or two tracks, means that you struggle to talk about it’s quality overall.

There’s instead, different ‘bits’. Bits you like, bits that baffle you and bits that are annoying.

As is often the case with The 1975, even the good bits can be spoilt. ‘People’ is a hefty bit of hypocrisy. Despite being a good punk song with some strong hooks and a strong message – Healy sings about his anger towards people who speak up but don’t act; a sentiment shared by Greta’s opener – the song and it’s singer nevertheless contradict themselves.

In the previous general election, Healy, who’d proclaimed to be in a ‘political band’ stood by and watched. He didn’t campaign. He didn’t speak up for injustice and wrongdoing. He didn’t even tweet about climate change.

If you can manage to separate the art front the artist, as I imagine most 1975 fans have learnt to do by now, then I’m sure that’s probably not a problem. But for a bystander like me, someone dipping their toe in, that is problem. It’s hypocrisy. It’s being a charlatan. It’s mistreating your responsibility to follow up words with actions – ironically the point of the song ‘People’. And, put plainly, it’s being a cock.

Odd lyrical choices seem to be another theme on Notes On A Conditional Form. Greta’s opening words establish an emotion and tone through language that unfortunately sit completely out of step with the rest of the record – which in all honesty verges on insultingly for poor Greta; not sure she knew what she was getting into. ‘Soil just needs water to be/ So if we turn into a tree / Can I be the leaves?’ come on mate. That sounds like something I wrote in GCSE English during poetry week. Don’t even get me started on this masterpiece:

Well, I pissed myself on a Texan intersection,
With George spilling things all over his bag,
And I took shit for being quiet during the election,
And maybe that’s fair, but I’m a busy guy,
I get stoned and go where I get paid, but,
It’s not really how babies get made, so,
I’ll take a minute when I think I won’t die from stopping,
Oh, I’m just a busy guy,

Is pissing yourself meant to be profound there? Is it meant to make you laugh? And equally, is ‘getting stoned’ an excuse for being a hypocrite? Or, is the whole thing just poor, incoherent and irresponsible writing?

Matt Healy said himself that “If the album isn’t funny, it’s deeply earnest or about my deepest fears and anxieties.” Unfortunately, it’s entirely funny and none of the rest.

When it’s not wholeheartedly contradicting itself in subject, style and substance Notes On A Conditional Form can be an interesting record. It can give you something to take away from it. But unfortunately, these ‘bits’ are so far and few between, and partially ruined by the band’s lead singer, that I don’t have the energy to care about them.

Haiku Review:
Greta Thunberg rap,
Healy’s pissed himself again,
What the fuck is this?

Listen to The 1975 on Spotify and Apple Music. Or, get a copy of our latest magazine HERE.