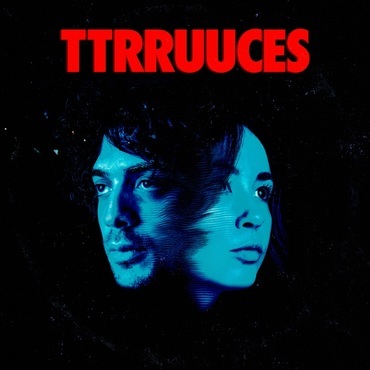 TTRRUUCES’ self-titled debut is a trippy, psychedelic rock opera all about drugs… but it’s not as pretentious as it sounds, I promise. The mysterious synth-pop duo has created a Frankenstein’s monster of an album, stitching together songs that don’t belong – but when combined create a muddled mashup of eccentric genres, all given a lovely synthy spin.

This concept album follows the journey of sad-girl Sadie and lost boy Syd as they aim to find and try a new drug named TTRRUUCES. This admittedly fresh concept is what allows the album to explore so many genres, leaving the record to be as sonically confusing as it is interesting. Latin-pop hit ‘The Disco’ is followed by the sultry string-infused ‘Lost Boy’; both are undoubtedly great songs, but do they work well together? Not really.

However, despite the perplexing way the tunes are slotted together, the production of each track is to be admired. Taking influences from Iggy Pop and the soundtrack of Dumbo, to name but a few, TTRRUUCES has layers upon layers of quality. The album is impressive – like the sound or not, you cannot say that the production is anything but marvellous. Vicious guitar riffs conjoin with lush sci-fi synths to create sonic storms of joyous music: ‘Bad Kids’ hides its true intentions behind a folksy guitar intro before crashing into a chirpy ode to the French-noir genre, and the effortlessly stylish vocal delivery on ‘Sensations of Cool’ is just that. A wicked sensation of cool.

On a record where the songs work better individually, there are bound to be a few stand out tracks. ‘Stranger Now Forever’ is an exuberant dreampop number concerned with how strangers can alter our perception of the world, and album opener ‘Sad Girl’ is a melancholic synth-rock ballad, rife with volatile guitar solos and evanescent vocals.

Meanwhile, ‘Evil Elephant’ is a bad trip in a nightmare circus: it is dark and panic-inducing. Eerie fairground music is accompanied by a rhythmic marching as we are guided round a demented circus tent. As the track progresses, the deeper we are dragged into this pit of insanity. A solitary kazoo becomes the song’s main focus before we are asked by a smattered layer of voices, ‘Have you ever thought about what you want to be?’ before the track again combusts into its energetic insanity. I need a sit down after that one.

On TTRRUUCES, nothing is ordinary, and nothing is held back. An interesting concept allows for the duo to get cinematic and experimental. I’m looking forward to the sequel – here’s hoping we get one.

Haiku Review:
A good and bad trip –
Never a dull moment though.
Synths and riffs galore.

Listen to TTRRUUCES on Spotify and Apple Music for a trip you’ll not likely forget.