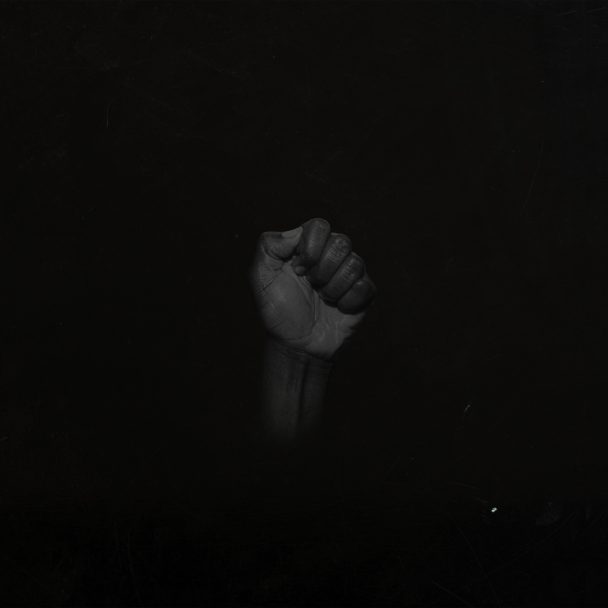 SAULT carries a powerful message with Untitled (Black Is)

You may remember during the late 90s and early 2000s when it seemed the indie music scene was completely cut off from mainstream music.

There was marketable music, and then the rest. Back then ‘artsy-fartsy’ wasn’t really a phrase the alternative crowd had yet understood. Gig stages were crammed with ten or so instrumentalists – seemingly always accompanied by at least three guitar players and one performer too reliant on the tambourine.

For the most part, it is better that the categorisation of music these days is best done continuously rather than discretely. Radio DJs are eager to feature underground hits and as a result have made indie music more accessible. But whatever the improvement, we did lose those indescribable bands along the way, and I miss that feeling of befuddlement and intrigue. This is where SAULT comes in.

Not much is known about the trio, except that Wynton Josiah, known for his works with Jungle and Little Simz, is one of the three. Other than that not much is known, and SAULT have upheld a mysterious air in their short lifetime. Who are they? Where are they from? Untitled (Black is) is now their third album effort in just over a year, but by far their most significant. As a writer it astounds me how this group has disregarded press, instead gaining an audience through their mystique alone.

Normally this part of my review usually covers their background and influences. Instead, I’ll tell you that if you like funky world music with powerful substance, this is for you.

It’s added to the buzz around Untitled (Black is) that it is not only a powerful message, but a topical one as well. Worldwide protests surrounding police brutality and systemic racism are taking place, and songs from Untitled (Black is) like ‘Bow’ and ‘Don’t Shoot Guns Down’ sound like triumphant chants sampled straight from the front line.

‘Us’ is spoken-word that borders on gospel, and its final words “You are exalted” sit with you until it seamlessly transitions into ‘Eternal Life’’s funky drums. ‘Monsters’ is a menacing groove made of chunky synthesisers which gains an added meaning being part of this album: a song about the perpetual fear of living in a racist society.

There’s a strong feeling of togetherness against bitter racism, and the idea that a community is greater than the sum of its parts. It almost feels wrong to enjoy these songs because of the subject matter, but the album is laid out to you as such a celebration of life that you can’t help but squeeze its tracks into your playlists. You find yourself surprised with the voices and instruments you hear as each of them feels unique. At 20 songs, the album is substantial but no track feels unnecessary, and part of the sum that makes Untitled (Black is).

Haiku Review:
A band of three folks
I’m loving them so far, but
Who the fuck are they?

Listen to SAULT on Spotify and Apple Music.