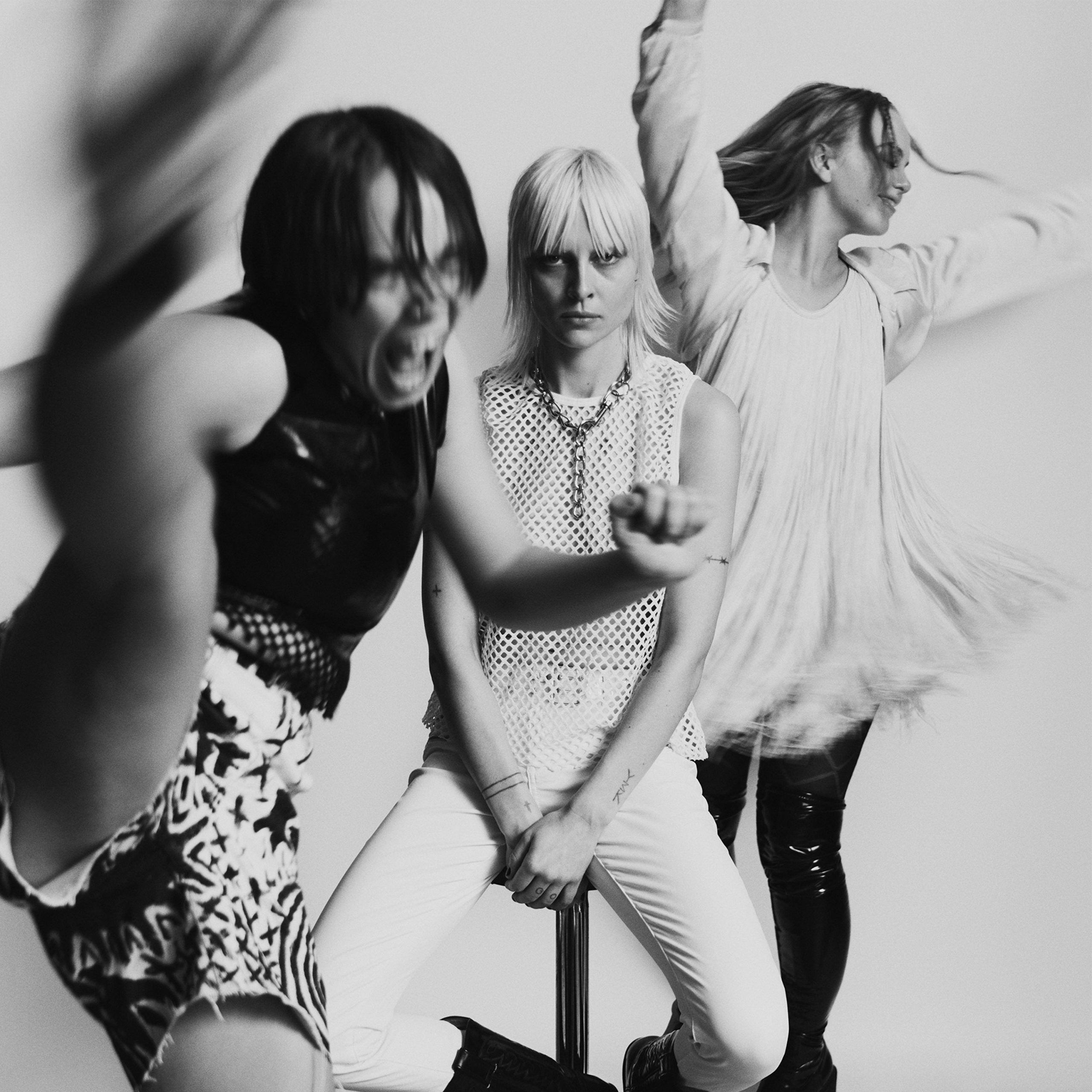 Dream Wife - So When You Gonna...
Reader Rating3 Votes

After two years of touring and playing 150 shows here, there and everywhere, the glitter punk trio brought this onstage adrenaline rush to the studio earlier this year to follow up their 2018 debut album. Surrounded by an all-female production, So When You Gonna… was a breath of fresh air to record, taking the band out of their comfort zone and into the arms of their team. “It was amazing to work with this community of womxn on this album who are supporting each other in an industry that is so male-dominated. It was a way of us practicing what we preach,” said guitarist Alice Go. “It felt like an honour to be able to deliver this baby with these three amazing midwives.”

Now, So When You Gonna… isn’t an album to simply dip your toes into. Dragging you straight in at the deep end, ‘Sports!’ unravels with Alice Go’s spiky shred of an electric guitar. The signature bustle of the band seeps through and from then on, the tracks roll like the tide.

In their high tides Dream Wife deliver such a playfulness – scrawling their punk-fuelled rage in a cursive glitter pen. Brimming with youth, they deliver tunes dripping with cheek and goading instrumentals. Take the title track ‘ So When You Gonna…’ for example. The explosive yells of Rakel, infectious bassline of Bella and the how-the-hell-does-she-keep-up-with-it chords of Alice collate together to form a colourful highlight on the album.

In its cooler low tides however, we branch into a wave of Dream Wife we didn’t get to see on their debut. In tracks such as ‘Temporary’ and ‘After The Rain’, the instrumental takes a backseat to the intensity of its lyrics as the trio dive into topics such as miscarriage and abortion. These tracks really hit me, as I couldn’t name a song off the top of my head that covers miscarriage or abortion, and it can sometimes feel like an uncomfortable elephant in the room. But it happens. So, to know there’s a voice about it, a voice that shares a hope after pain, is so important.

Especially in ‘After The Rain’, the delicacy of Rakel’s voice feels so light on the ear but heavy on the heart. The echoing calls of “My choice, my life” ring on as the album crescendos to the sound of a rolling turntable. For a trio so full of energy, their ability to make you speechless is just credit to their flexibility as artists.

Now that I’ve dried my eyes after that ending, its clear to see that while some artists crumble on a second album under the high pressure, Dream Wife have made it to the other side in one piece.

Haiku Review:
Put on your warpaint.
Stand upright to attention.
The trio are back.

Listen to Dream Wife on Spotify and Apple Music, and for more Rodeo content check out our magazine HERE.