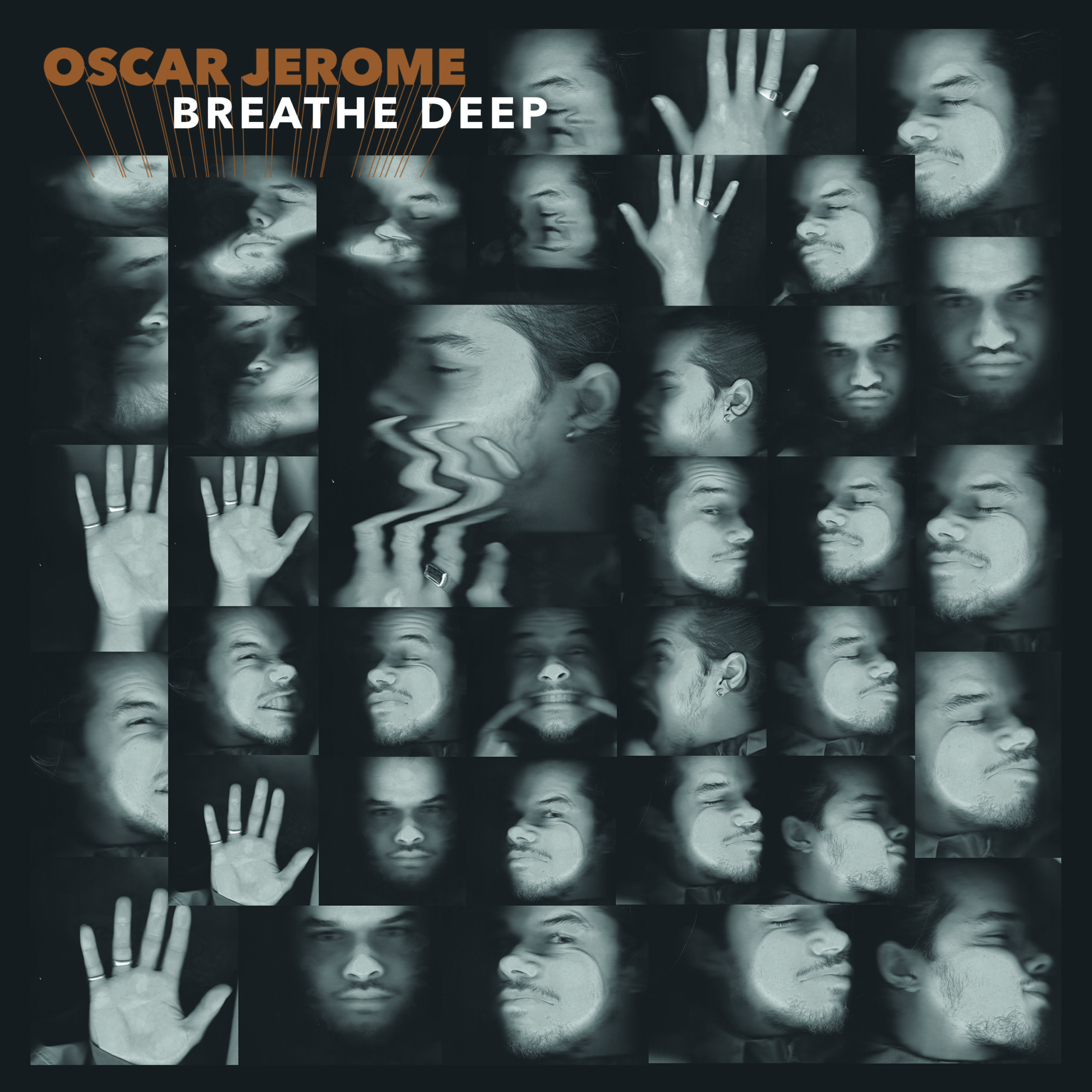 Charismatic, neo-jazz songwriter Oscar Jerome has released his debut album, Breathe Deep. He’s up and coming, expressive and driven, and there’s nothing you can do to stop him.

Jerome’s experimental streak shows itself early: a short, atmospheric instrumental titled ‘searching for aliens’ signals a shift into the otherworldly before the record’s even properly begun. It fades into the dynamic ‘Sun For Someone’ – a re-released single – where the production is as clear and fresh as a summer morning.

Beyond the bright instrumentals and addictive beat, though, is a troubled confrontation of climate change. Jerome sings of a world rid of humans, where Earth is left free to breathe without our toxicity. ‘We’re just a spec in time’, he notes. It’s a little dark and depressing, but it’s an equally peaceful idea. Regardless, it’s a banger.

Jerome remains politically-charged across the record. On ‘Give Back What U Stole From Me’, muted drums rise into a restless, soulful groove before he preaches ‘So fuck wealth, fuck property, fuck the power-hungry people stopping you and me from being what we wanna be’.

This activism persists throughout. On ‘Your Saint’, he responds to the lack of empathy in Western European countries to aid refugees and the homeless with help from poet and rapper Brother Portrait, who delivers an unnerving and powerful spoken word verse mid-track – ‘Home is a burial ground’. This line tumbles and falls into the song’s peak, all screeching horns and discord. It’s a track that could easily end the album in all its spectacle, but as it turns out, the record’s only just begun.

In ‘Fkn Happy Days ‘N’ That’, Oscar leaves the political behind to focus purely on jazz, pulling the listener into a world that seems entirely his own, the insistent sax pulling your hand forwards firmly. By the end of the track, you’re left only with the distant sound of sheep bleating – this is the world of Jerome’s childhood, his youth spent in Norwich before he moved to the hum, buzz and inner-city realities of London. All these small moments fit together like a colourful, thousand-piece jigsaw puzzle.

Former stage-sharer Lianne La Havas (who’s just released her stunning new album Read My Mind), joins Jerome in ‘Timeless’. It’s a magical pairing. Havas’ honey vocal proves the perfect harmony as the track silks and builds. The album ends with ‘Joy Is You’, a dreamy returning to nature: ‘to belong and nothing else, just for a little while’. It makes me just want to lie on a beach, watch the sunset and do literally nothing else.  Oscar, can we stay a little longer?