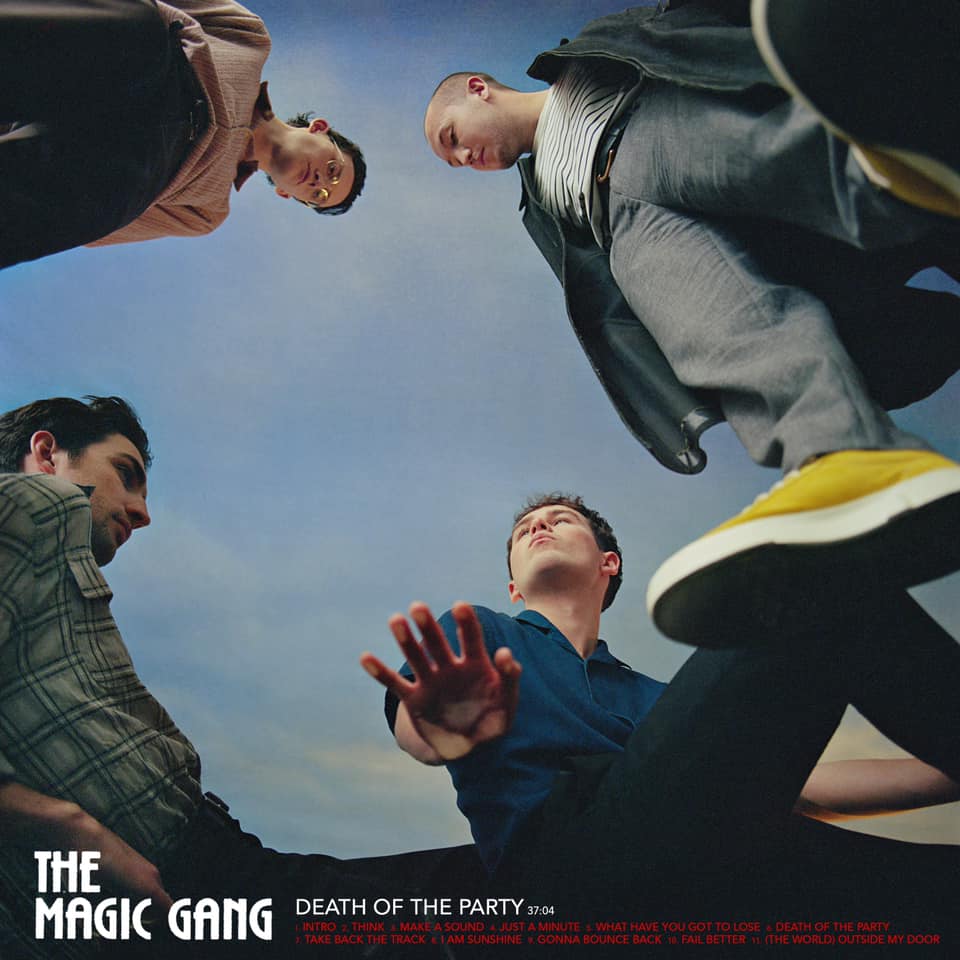 The Magic Gang - Death of The Party
Reader Rating2 Votes

The Magic Gang are back with an earnest bang. Your twenties are probably some of the hardest to navigate years of your life, I’ve just started mine and they’re already proving to be rather tricky. No-one really knows what they are doing and those who say they do are liars. On their second album Brighton’s indie-pop prince’s, The Magic Gang set these difficulties to the tune of ever-so familiar guitar riffs, subtle nods to other indie icons, and some frankly fantastic choruses.

Death of the Party is quite a jump from the band’s summer-laced debut. Themes of young love and the happiness of youth have been swapped out for mid-twenties anxieties and the desire to be better. This sudden shift in subject matter is both refreshing and reassuring. The band have opened up and proven that they’re more than just indie merchants. Instead, they are open to adopting new styles and evolving as artists, something that many indie bands just don’t seem able to do. We’re looking at you, Catfish.

Despite the similarities to other acts, such as the Sundara Karma tinged title track and the Blossoms-esque ‘Make a Sound’, The Magic Gang do manage to hold their own “style” so to speak in the frankly stagnant era of indie-pop – delivering an album full of swish but repetitive tunes with welcome hints of other genres. It’s a good listen though, trust me.

Death of the Party shows an obvious growth from the band’s debut. Previously quirky riffs are now tinged with the mellow passion of the blues (Fail Better), festival anthems have been swapped out for the smooth sounds of disco (Take Back the Track) and the enigmatic, rowdy album closer found on their debut has been replaced with an oddly cinematic finisher ‘(The World) Outside my Door’, which is vaguely reminiscent of Elliott Smith. Who’d have thought that.

However, when we remove the aforementioned genre switch ups, the album unfortunately falls into typical indie territory. Tracks such as ‘Think’ and ‘What Have You Got To Lose’ follow that amicable indie-pop formula. This being slower verses that are followed by steady build ups that erupt into huge choruses. A format found on almost every indie album these days. Nevertheless, these few indistinguishable tracks only slightly tarnish the rest of the album, with the newer more developed side to The Magic Gang being the one which, thankfully, prevails.

Death of the Party is the evolution The Magic Gang needed. By switching up both their style and subject matter, they’ve managed to stay fresh whilst also keeping their integrity. As they continue to assert themselves in fields of new genres, what are the odds that their next album will feature them diving into R&B, personally I’m hoping they tackle country. Either way, we’re eager for more.

Haiku Review:
Fresh and heartfelt tunes,
tone down on the indie though.
Take care of yourselves.