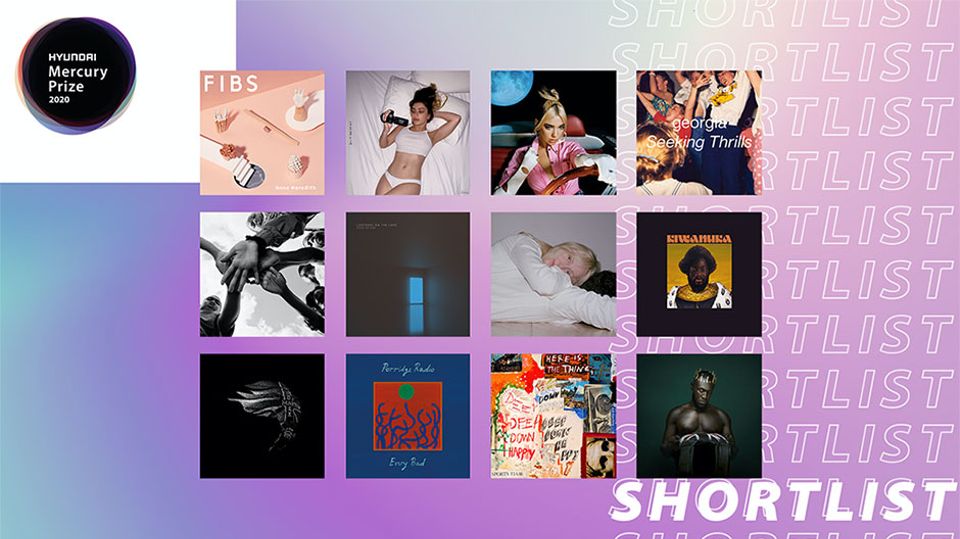 We watched The Mercury Prize

The Mercury Prize winner was announced on The One Show last night.

September: now six months since Bojo clamped down on all things fun and populated, and gig-less we remain. In half a year, no one has felt the bass of a speaker thud across their chest, nor begrudgingly sacrificed next month’s rent for a pint of ‘whatever’s cheapest’. Withdrawal symptoms settled in across the nation: better hearing, fewer crowd-induced bruises… nasty stuff, really. Thankfully, just before bucket hats began to see a new life as makeshift face coverings, we were gifted a taste of what once was.

The Mercury Prize Album of the Year is an annual excuse for any British melomaniac to spend the night in with a few drinks, a few mates and quite literally some of the finest new music around. While watching the ceremony often risks major audience-envy as the crowd screams applause after each set, this year was significantly more personal to watch. Naturally, live performances were out of the question, but many of the shortlisted artists were able to deliver pre-recorded sets specifically for the BBC’s coverage of the event: an hour-long compilation of these performances, presented by Lauren Laverne and uploaded to iPlayer. Not a bad deal, all in all – in fact, many of the videos made it feel like I was standing at the front row of an actual gig, too engrossed by the musicians to notice anyone else around. It’s as close to a concert as I’m getting, anyway, so here are the highlights from The Mercury Prize 2020.

Michael Kiwanuka
In a performance borrowed from the 2019 archives of Jools Holland, Michael Kiwanuka brings rhythm to us all. Not an outstanding case of showmanship, granted, but the orchestration and delivery of ‘You Ain’t The Problem’ more than demonstrates Kiwanuka’s passion, soul and talent, which sums up the record as a whole. A worthy winner of this year’s award, to be sure.

Best bit: 06.00 – Our main man loosens up towards the end and starts riffing to see the song out – as joyous to watch as I imagine it was to play.

Georgia
This was electric from start to finish. Georgia, alone with her hexagonal drumkit, does what all of us do at the back of the bus when no one is looking: she rocked the fuck out. Explosive and energetic, this was a firm favourite.

Best bit: 10.48 – Seconds from a final bone-tingling chorus, Georgia yells out and kicks into overdrive. Man is she having fun.

Stormzy
Darker than its purple hue might first suggest, this performance of ‘Crown’ was an early and apt taste of Stormzy’s commendable second album. Taken from his iconic headline set at Glastonbury’s Prism stage last year, Stormzy’s presence is captivating and seemingly effortless.

Sports Team
Recorded at Bush Hall especially for the occasion, Sports Team remind us what it was like to feel the sheer immediacy of a live gig. Frontman Alex Rice is, of course, seemingly dead-set on stripping to his socks before the performance is up. Enthusiastic beyond compare, which is no bad thing.

Best bit: 18.06 – Rhythm guitarist Rob Knaggs starts properly shouting and they all get a bit more frantic. Delicious with just the perfect amount of ridiculous.

Dua Lipa
It’s set in a roller disco and I don’t know what else to say. Filmed last year, this colourful performance of ‘Don’t Start Now’ is just fabulous – she is beaming the entire time. Definitely pissed off the neighbours cranking this up.

Best bit: 22.28 – You just know getting pushed around on a swivel chair only to take a quick turn on some percussion was her favourite bit of the whole choreography. You just know.

Lanterns on the Lake
This performance from Newcastle-based Lanterns on the Lake was atmospheric and all-encompassing. A welcome slip into the down-tempo after some high energy from their fellow shortlisteds, the sounds from their ensemble of piano, guitar and violin are hauntingly beautiful, perfectly suited to the echo chamber of Sage Gateshead.

Best bit: 27.36 – An instrumental break which is brief but memorable: less is definitely more.

Moses Boyd
Four other drummers, robotic and in unison, accompany Moses Boyd on this wonderful rendition of opening jazz track ‘Stranger Than Fiction’. The brass is silky and golden, the drumming immaculate. Dressed in white on his centred drumkit, Moses is clearly in charge; I have never seen anything quite like it.

Best bit: 30.40 – Sultry intro gives way to immaculate and completely synchronised drumming from the four standing either side of Moses. Extremely satisfying and only mildly unnerving.

Charli XCX
More of a music video than a performance, really. There’s piano playing, and she’s sat at a piano… but she’s not playing? Suddenly she’s dancing on the stool and then apparently went for a swim. I don’t rate it. Rate her candles, though.

Best bit: 37.17 – Charli has a solo rave in her back garden. Probably not unlike many UK gardens after the pubs shut at 10pm.

Laura Marling
This song was always a high-ranker on my 2020 ‘top’ list so far, but I was not ready to see it brought to life. I don’t know if it’s her voice, the Royal Albert Hall or the way her eyes cut through the camera to unwrap the lining of my soul, but this left me feeling like I was on a long drive home having dropped off my firstborn at uni. I have neither children nor a driver’s licence: well done, Marling.

Best bit: 43.30 – String section swells in a serene outro and I feel thoroughly done in.

Anna Meredith
I had no idea what to expect from this performance, which was also recorded at Bush Hall for the occasion. Between the coordinated jumpsuits and mental cacophony of instruments, Anna Meredith uses layers upon layers of sounds in a strange, wholly unique composition that I could quite easily have dreamed up. A bit nuts, but great to watch.

Best bit: 48.39 – Tubist stares at the camera for a split second, definitely (and rightly) smug after being made fun of at school for playing the tuba. You show ’em, mate.

Porridge Radio
The camera shakes as Porridge Radio induce small earthquakes across Brighton’s Rialto theatre. Dana Margolin seems to stare at you the whole time – you want to look away, you really do, but the band sway between calm and chaotic in such a way that is totally mesmerising. Big energy, but only on their terms.

Best bit: 52.33 – Massive scream and rage section ends with the band shushing, which is both creepy and kind of brilliant. Bravo.

Kano
The final performance of this year’s Mercury Prize was also taken from an episode of Jools Holland last year. Kano’s presence is slick and humble at first, but as the music cuts and the sound of police sirens and a distressed woman fill the stage, this performance proves to be much more political and powerful than initially thought.

Best bit: 56.35 – As members of his band step back and bow their heads, Kano comes forth with a single white rose. This is a funeral.