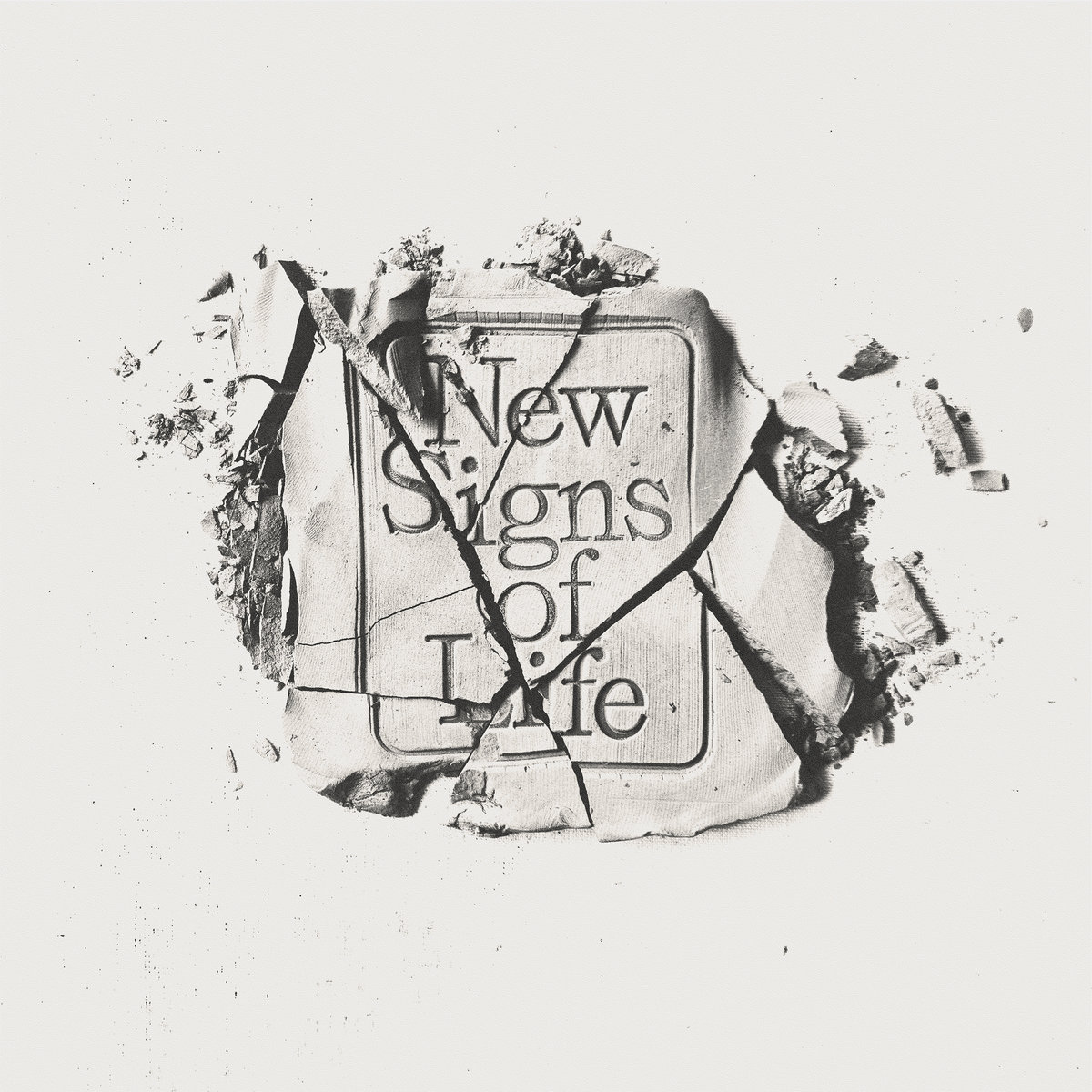 Death Bells, a Sydney-based act formed by Will Canning and Remy Veselis, have proved their talents over the years through multiple EPs and a debut album Standing at the Edge of the World (2017). Now, with their sophomore release, New Signs of Life continue to demonstrate a knack for creating powerful and addictive sounds.

An emotive ride throughout, New Signs of Life‘s charm comes from its variety. Effectively blurring genres and ideas, songs range from cheerful and hopeful to pessimistic and worrisome. A prime example, is the two opening tracks: ‘Heavenly Bodies’ is the perfect energising start full of memorable guitar riffs and a catchy, uplifting vocal melody; whilst contrastingly, ‘Two Thousand and Twenty’ has a more charged and aggressive undertone. As Canning shouts ‘Lay down and wait, tonight!‘ it is near impossible to not mirror his feelings and, though the track’s melody has a narrower tessitura than its predecessor, it’s equally as addictive and the dissimilitude is refreshing.

What enables New Signs of life to recreate itself on a six-pence like this is its use of various instruments, many of which come in somewhat unexpectedly. Whereas the more charged tracks rely on electric guitar riffs and baritone vocals, the more upbeat songs, like ‘A Different Kind of Happy’, feature a wider range of timbres. As Canning finishes the final chorus, singing optimistically ‘despite the uncertainty of life / I wouldn’t give / I wouldn’t give up’, an unexpected entrance of an impressive saxophone riff contributes powerfully to the intense emotion. This addition transforms the song from being just another repetitive filler track to one that makes full use of unpredictable tones to create something more interesting and altogether more entertaining.

Aside from the variety that New Signs of Life offers in its differing outlooks, the choruses of each song are all equally impressive and memorable. Whilst ‘Sun That Shines Forever’ relies on minor inflections in the chorus to gain its addictiveness, the album’s title track ‘New Signs of Life’ utilises repetition as a tool for creating something catchy. As Canning repeats passionately, ‘New signs of life approaching’, it’s reminiscent of a post-punk band. For me, The Murder Capital’s single ‘Don’t Cling To Life’ immediately comes to mind. Although admittedly New Signs of Life presents more optimism than The Murder Capital’s debut, there are certain parallels between the two that are unavoidable.

The most outstanding aspect of New Signs of Life is its youthful ambience, as Canning and Veselis showcase their outlooks on the future. The album’s title hints at this idea, and it’s confirmed in songs like ‘Web of Love’, with lyrics showcasing a youthful ignorance: ‘Forgetting common sense, forgetting it all’. ‘Shot Down (Falling)’, a brilliant closing track consists of what seems like advice being given/sung likely to themselves. Either way, the band gaze into the future with an optimistic outlook and it pays off.

New Signs of Life‘s impressive breadth and scope hits the mark. Achieving a lot in its 9-song length, it’s impossible not to get at least one track stuck in your head. Thing is, that ‘one song’ will probably be a different track for a different reason every time.

Haiku Review:
Stuck in halls? Fuck sake…
Some post punk could help with that,
Why not try Death Bells?