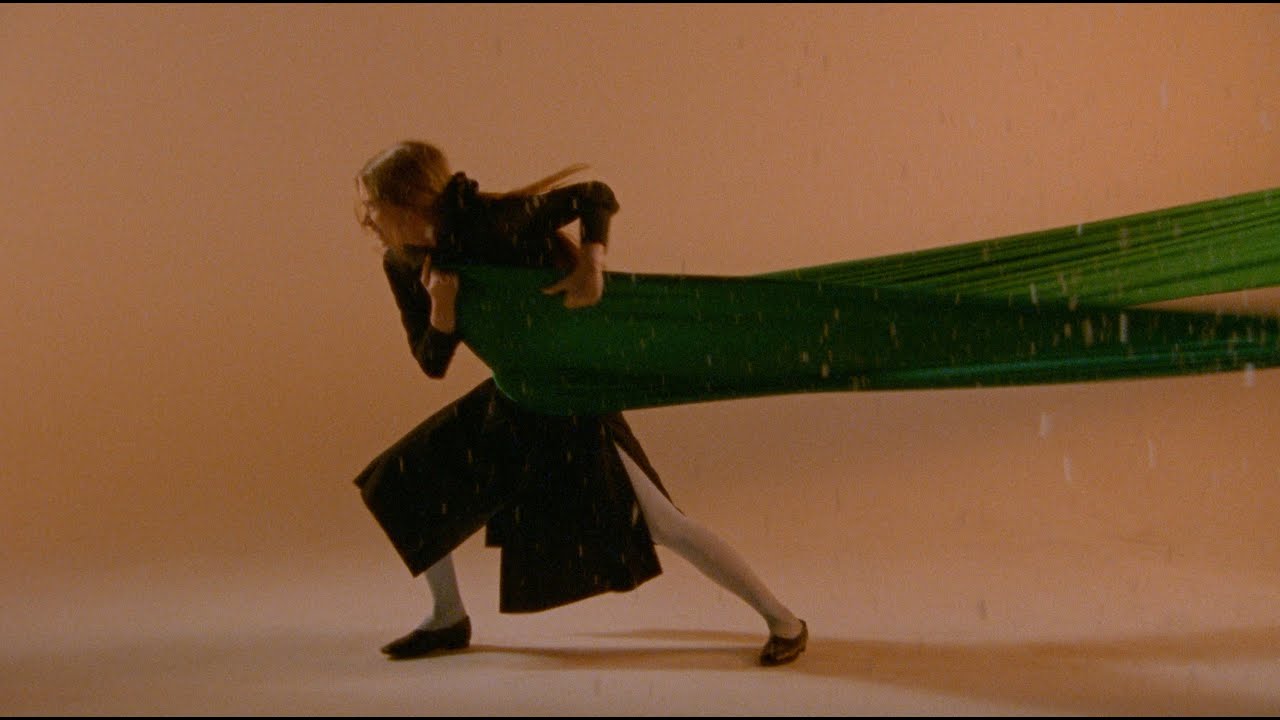 It’s almost November: the clocks went back, the trees went amber and still none of us were ready. Wish we could hit pause, but we can’t; as blissful distraction, we’ll hit Rewind on the best new videos, instead.

We’re all familiar with sampling by now, but it’s still fresh to see an artist like Fred again.. sample social media instead of old vinyls. The newly released visualiser for ‘Jessie (I Miss You)’ grants a proper look into the actual creation process, with half the screen devoted to the Instagram posts and stories being sampled, and the other half documenting Fred performing the rest on various synths and mics. Jessie Reyez’s vocals float over the top of a sparse but infectious beat, with added Instagram vocals thrown in, echoing the style of underground house artists like Burial. A real joy to watch play out, the video helps give an added layer of spontaneity and life to the track.

Fleet Foxes – ‘Can I Believe You’

Taken from the new album, Shore, Fleet Foxes recently graced us with a video accompaniment to the fantastic ‘Can I Believe You’. Embracing dance more than narrative, the movement and pacing of the two dancers flows very well with fluctuating progression of the song. Shown mostly through full body long shots, the minimal but striking choreography works in contrast with the backdrops of constantly shifting colours. Ultimately, the visuals express the longing and difficulty of connection in uncertain times of life, in such a beautifully cinematic way.

Viagra Boys cause havoc on the streets of Stockholm in the video for their new single, ‘Ain’t Nice’. Frontman Sebastian Murphy stumbles along, stealing bikes, crashing dates and starting fights outside restaurants. As with the song, the video possesses a no-holds-barred confidence – but there are moments of silly humour (the cartoon sound effects in the street brawl; the square-up with the young boy) which indicate a band who don’t take themselves too seriously. Murphy finds himself in a rather different setting in the video’s latter hald, which ends with a ‘to be continued’ title, hinting at the possibility of a follow on video in their next single drop…

Reimagining Courtney Barnett’s ‘Pedestrian at Best’ as a dance-infused techno banger, Lynks goes for a troubled day out with a lover on an adequately grey English seaside. Possessing a feverish lo-fi picture quality, the song and video retain the witty nihilism of Barnett’s songwriting, but put Lynks’ offbeat humour (and creative costumes) front and centre. There are some great shots in here, like creative uses of bathroom mirrors, and a not-so-romantic frolic on the beach. Check it out if you fancy a bit of unexpected left-field pop.

Master of electronic melancholic bangers, James Blake returned last week with his EP, Before. The titular track gets the quarantine video treatment, with dancers from all over supplying their own rendition of the song. There are contortions, slick roller skating, a happy dog cameo, and all-round killer choreography. Blake himself pops up too, in what looks to be footage of recording the EP in his home studio. It’s great to see more of these types of videos where the skills of dancers are put to good use even with the lack of studio space or conventional music video sets.

Julia Jacklin – ‘to Perth, before the border closes’

An absurd but moving video accompanies this new track from singer-songwriter Julia Jacklin. Shot and directed by Jacklin herself, several shots of the oddities of small town Australia are strung together to paint a picture of transience and beauty in the ordinary. Toeing the line between morbid and funny, there’s a certain sadness to the derelict settings and objects on screen. However, as the song tells, there is always hope to be found. Whether it be embracing change in whatever form it takes, or through a simple yet meaningful message on a billboard reading, ‘Come Home Alive’.

Up-and-comers Cage Park recently dropped a trippy baking tutorial video for their latest single, ‘Kitchen Floor’. The fun video sees the band members messing around in a kitchen, switching between baking an array of tasty looking biscuits, and belting out their catchy tune. It’s clear they are having an oven load of fun, and the energy is infectious. If you’re successful enough to follow along to their recipe, then bonus points for you.

Political punks War On Women pull police brutality back into focus with their new track, ‘White Lies’. Addressing the timely issue with blunt lyricism and a vibrant video – featuring eclectic artist Landis Expandis mimicking each band member – the band make sure their politics are known in a creative and passionate way.