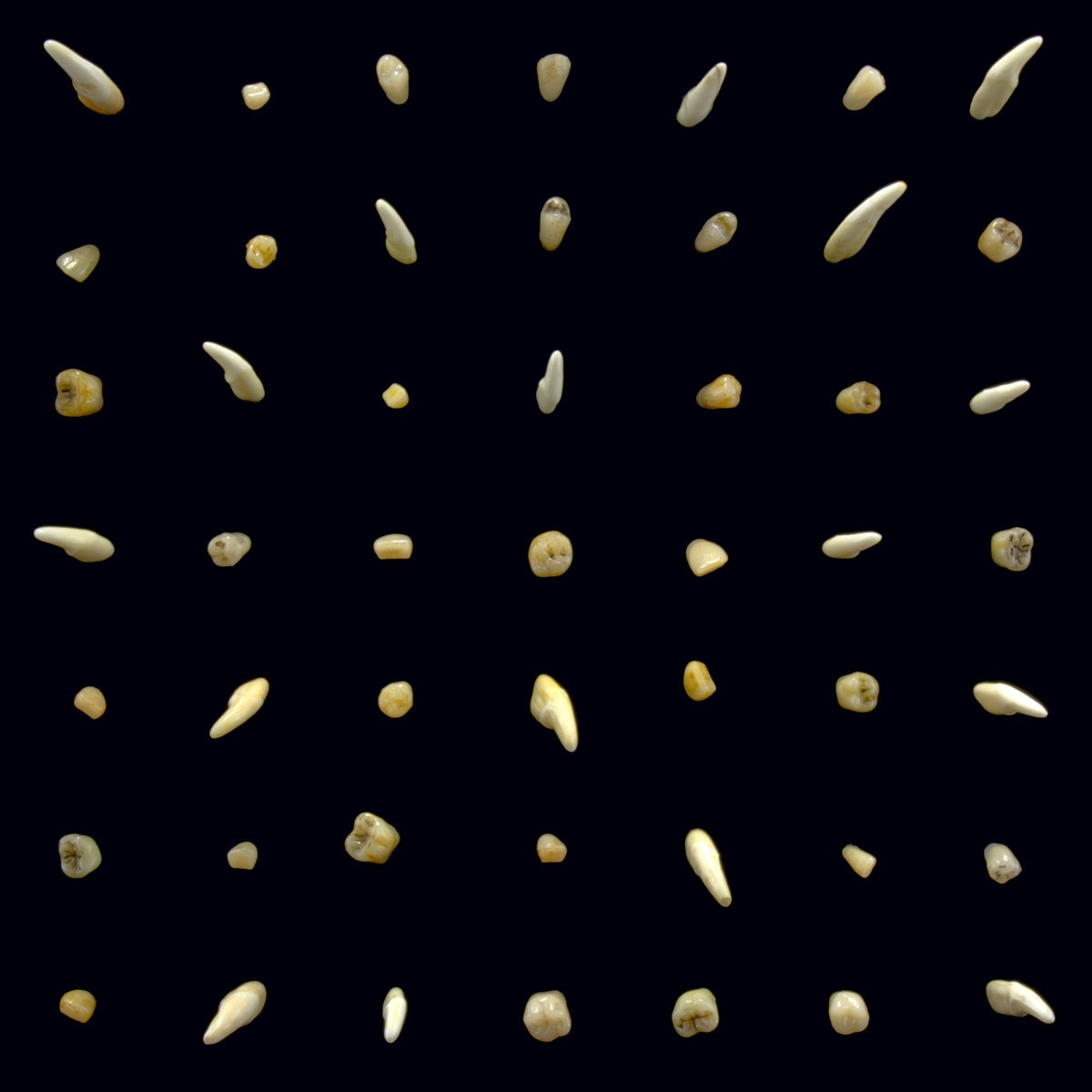 clipping. rewrite the horror genre on ‘Visions of Bodies Being Burned’

The group re-envisions what’s horrific through the lens of slashers and gore.

It wouldn’t be Halloween without horrorcore, and clipping. have supplied us with a deep pit of slasher paraphernalia, gory pop culture references and subversive and dynamic storytelling that borders on something serialised, ritualistic, and at this point, almost franchised.

Like a sequel, Visions of Bodies Being Burned is the second instalment of clipping.’s foray into horrorcore. Continuing where it’s sister album, 2019’s There Existed an Addiction to Blood, left off, clipping.’s latest full-length record is a dive into nightmarish narrative and cold-blooded murder, the second in a diptych of horrorcore homage. So lock your doors and don’t answer the phone, cos “It’s clipping., bitch.”

clipping. take their cue from the vast, and sometimes, culturally relevant horror genre, referencing many well-known films or media items on Visions, such as Candyman in ‘Say the Name’, Scream in ‘’96 Neve Campbell’ and Tobe Hooper’s Eaten Alive, in ‘Eaten Alive’.

It wouldn’t be a clipping. drop without an incredibly stylised and somewhat cacophonous introduction. With a beat driven by 808 drums and the effects of what sounds like someone running their hand over an assortment of metal objects (if we’re thinking slasher movies, you can assume they’re knives), frontman Daveed Diggs raps in his familiar rhythm – toeing the line between something measured and something in disarray.

While Visions takes much of its thematic cue from slasher and horror flicks, this isn’t a poorly scripted sequel – like many films are. This is simply a real continuation of the horror. Not a simulacra of the original, but the original born again. It’s another concept album in clipping.’s arsenal, carrying on where There Existed an Addiction to Blood left off, and in the same vein as their 2016 Splendor & Misery, a dystopian journey through a storyline told from the point of view of a spaceship’s AI, deeply influenced by afrofuturism, a theme clipping. have touched upon in many releases.

‘Say the Name’ is our first full foray into what Visions is all about – the dramatic mixing of pop culture reference, redefined narrative and social commentary. Inspired by the Candyman films and media (and at points, possibly Rosemary’s Baby), the track begins with a sample that also gives the album name, a line that reads ‘Candlesticks in the dark, visions of bodies being burned’. This comes from Geto Boys’ ‘Mind Playing Tricks On Me’ (one of the creator groups for the horrorcore genre).

It’s worth pointing out that clipping., in their re-interpretations of horror films or tropes aren’t being critical, they’re being deferential. Whatever inconsistencies or ‘bad art’ that certain films are guilty of, clipping. don’t care, as they’re taking what is good about them – the darkness, the horror, the gore – and making it better, in their own contextualised and fragmented way. They’re doing what Jordan Peele does so well – reimagining the uncanny as both homage and political vehicle.

That’s why ‘Say the Name’ is such a good lens through which to read the album. They’re taking the monsters of old and re-appropriating their image to speak of the real things that are truly horrific – racism, patriarchy, and the consequences of living in a postcolonial age.

‘’96 Neve Campbell’ is also a proto-classic recasting, playing on the ‘final girl’ trope we get in so many slashers (in this case, 1996’s Scream – which was itself a semi-satirical take on horror movie cliches, where the characters display self-awareness about horror-as-genre and the tropes therein). This track isn’t a criticism of these tropes, and actually borders on a ‘celebration’ of the cliche, but however, builds upon it in order to truly empower the women in these scenarios.

It’s a tribute made concrete with a feature from Ingelwood’s Cam & China, who rap about doing more than simply ‘surviving’ the slasher flick. In this rewriting, the ‘final girl’ is not final, but acts pre-emptively to play the killer at their own game (‘Not in my movie.’ says Screams’ Sidney Prescott – played by Campbell). It’s brimming with bravado and dry humour, with lyrics such as ‘I’ve been the boss, kill ’em off, never say shit’ and ‘Got my foot up in your ass like a G-string’. This is in a similar vein to ‘She Bad’, a tale of a murderous ghost, and also ‘Body and Blood’, from clipping.’s 2014, CLPPNG, where the female protagonist lures men with the promise of sex, then proceeds to kill and devour them.

In terms of musicality, the producers, Jonathan Snipes and William Hutson, kill it (pardon the pun). There’s a real variety to the sound, from the deep, resonant thumps from the intro, to ‘Make Them Dead’s harsh wall of distortion. Every now and again we hear lyrics that are almost spoken word, from Diggs, delivered through the classic horror medium of the phonecall. The effects, be they the sound of a swarm of bees, a creaking door, real EVP recordings, or clanging, metallic vibrations, are masterfully balanced. Like a well-concealed monster or killer, they’re never actually the main focal point, but they’re also always present.

Along with the thematic horrorcore influences, clipping. also return to familiar noise rap territory. In ‘Looking Like Meat’, they collaborate with noise-rap pioneers Ho99o9, to create a track driven by a brutally visceral bassline. Another rap subgenre that gets suitably mined is jazz rap, appearing, albeit minimalistic, on ‘Eaten Alive’, with an instrumental featuring Jeff Parker’s talent with the guitar.

After that, we’re given ‘Enlacing’, potentially the most abstract track on the album (‘Wait, how you looking at your face when your face is on your face?’). It’s psychedelic and also dreamily melodic, like something fading existentially into ego death – or real death.

The album’s finale, ‘Secret Piece’ is that space within the final moments of a horror film where the promise of hope is given, where the monster, killer, evil is vanquished. Again, Hutson and Snipes employ filmic mise-en-scene, this time in the form of daybreak in a lush forest, to represent that the night – the dark – is over.

It’s tradition that each clipping. album ends with an avant-garde performance like this. In There Existed an Addiction To Blood, it ends with the track ‘Piano Burning’, which is eighteen minutes of the sound of a piano burning. In Visions, ‘Secret Piece’ is an interpretation of a work originally composed by Yoko Ono in 1953. Ono was heavily influenced by John Cage, and the notation for ‘Secret Piece’ is minimalistic to the point of not really being notation. The rules, as dictated by Ono, are as follows:

‘Decide on one note that you want to play. Play it with the following accompaniment: The woods from 5 a.m. to 8 a.m. in summer.’

clipping.’s version features nearly every collaborative artist already heard on the album. While the sound of birds chirping and cars passing by is all very ‘normal’, the tones provided by each artist – their one note – add up to speak of something not quite dead.

Visions builds upon the rhetoric clipping. began many years ago – subverting plots or genres to give voices to those usually swallowed by them. The surface purpose of this album is to shock and entertain – like any good horror movie – but the depth is where education begins. The unravelled strands of social commentary, anti-patriarchy and pro-feminism all come together masterfully in this album. These problems that minority cultures face – be it racism, homophobia, sexism – they’re all part of the dark, sometimes uncanny valley of the human consciousness, seemingly impossible to fathom and also horrifyingly real.

The refusal to rap from a first-person perspective allows for a freedom to tell stories almost from an impartial point of view. Diggs is a fly on the wall, an orator for the darker hymns of human existence. There’s an interesting line from a Pitchfork review of this album; “What would Visions of Bodies Being Burned sound like if clipping. made scary movies rather than just liked them?”, which wasn’t an incredibly positive critique.

I argue that this isn’t the lens through which we should view Visions. It’s not supposed to be a new take on something, but rather a critical reaction inspired by and celebrating the medium it’s born from.

“Careful,” says Randy Meeks in the finale of Scream, after the heroes have one, “this is the moment the supposedly dead killer comes back to life, for one last scare.” If that’s a rule to go by, I’m sure Visions isn’t the last of clipping.’s horror-core machinations.