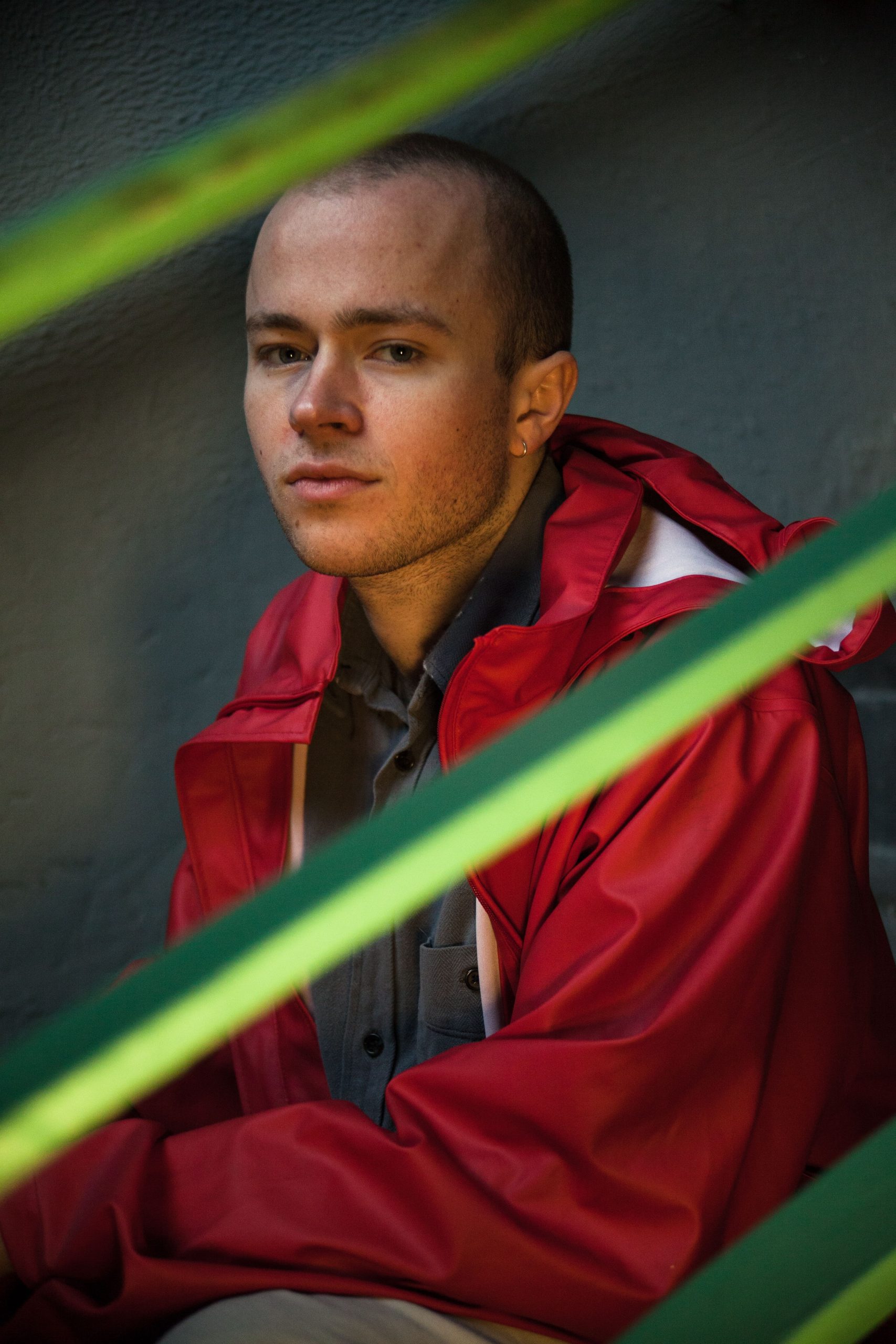 Creating music for yourself is hard enough amongst the mists of a low-inspiration pandemic, but writing for yourself and producing for others has to be near impossible – or maybe it’s a much needed distraction. This is the current state of Shrink, aka Vasser, aka Sam Breathwick, a multi-talented producer and musician constantly transforming himself into new levels of musical forms.

“It’s getting a bit boring at the minute. I’m doing the same commute to and from the studio everyday, but I’m trying to spice it up by listening to different music and shit. I’ve been listening a lot to a band called Spirit of the Beehive from Philadelphia who are really good, but I’ve also been listening to all the albums and artists I never got round to, so that’s good I suppose.”

Everyone I play live with is really talented, so it’s always great to play and experiment.

The self-titled debut EP was released on the 12th of February. Speaking to him the night before the release, Sam reflected on all the emotions racing through him on the buildup.

“I’m feeling good. I’ve been sitting on some of the tunes for a while but one of them was just finished in December. It’s going to feel weird getting them out because I’m stuck at home. It’s weird not being able to see people’s faces and their reactions, but hopefully when small shows start to go on again, playing it live will be so satisfying.”

On the build up to the EP, Sam had released two of the five songs as singles, but he showed an enthusiasm for one particular song that his fans would hear upon release.

“I’m really looking forward to playing ‘Rodeo’ live. There’s a clarinet bit in it I got a mate to record and one of the people in my band is a really keen violinist – everyone I play live with is really talented, so it’s always great to play and experiment.”

However, it’s not just solo stuff Sam creates: he’s also a producer who offers his talents to a plethora of other artists under the alias Vasser. Shrink and Vasser are completely separate however, both for different things.

“I think Vasser is going to be for productions and producing things for other people. Shrink is more about writing the lyrics first – a songwriter thing. I’m still enjoying producing and I find it very satisfying to work on other people’s projects in that way as you’re far less critical.”

Of course, juggling both is bound to have its difficulties. “It’s pretty mad. I’m just finishing off a couple of projects for other people, but I’ve written a fair amount for me at the same time. I just need to whittle it down. As long as I’m setting deadlines, I can balance it quite well.”

I think [music videos] are really important; if you want to dive into an artist, a music video is a way of getting into their heads.

As well as creating this EP in lockdown, Sam has created multiple music videos for his tracks. Discussion turned to the track ‘Drowning’ and Sam delved into the creative process behind the music video for this song.

“Some friends and I made this in the first lockdown. I went for a walk in Kent, found a thermal imaging camera used for hunting and we went from there. They built a contraption out of plywood, went off and came back with loads of ideas. They drew lots of visuals from the lyrics and then connected the lyrics between me and my home.

“I think [music videos] are really important; if you want to dive into an artist, a music video is a way of getting into their heads. The thing about videos is that you don’t need a big budget, you just need meaning and a tie to the song. It’s a lot like making music itself: a great platform for expression.”

Looking past this EP’s release, Sam spoke of the future and what was next for Shrink. “I’m going to release some tunes I’ve written. I’d love to do an A/B single next as I have two songs that are closely tied together and I want to put them out. I’ve been producing for other people for about three months now – I just want to get inspired and think of more ideas because right now there isn’t much inspiration. Hopefully the next project is written in the next month or two, but I get really critical. It’s like sitting a really grueling exam but there’s no correct answer.”

I don’t get inspired from watching things, I find reading better because you have to look at the words and you can’t avoid them.

This idea of self-criticism was something Sam touched upon quite a lot. “I remember mixing this EP in the first lockdown and I had to mix it with headphones. I was back at my mum and dad’s and I couldn’t go anywhere. I hated all of the tunes, because the sound goes straight to your eardrum with headphones. It was a really weird and dark month of sitting in my room and mixing.

“When it gets to that last hurdle and you’re dissecting what you’ve done that much, it gets to the point where you do end up hating it for a while. One thing I want to try and do more of is writing and sending off [songs] quickly. I finished ‘Memory Man’ in December and I sent it off for mastering just before new years and it felt so satisfying writing and finishing off a tune fast felt more natural than just sitting on it.”

His self-doubt seemed to coincide with the lack of inspiration that we’re all feeling at the moment. He did however manage to find some even now, in the toughest of times.

“I find the Bible pretty interesting. I don’t get inspired from watching things, I find reading better because you have to look at the words and you can’t avoid them. When I was writing ‘eraser’ and getting stuck on some parts, I found a technique Bowie used that is cutting out words, throwing them on the floor and picking them up to create sentences. It doesn’t work all the time because sometimes you get a really jumbled lyric. But yeah, it’s hard at the minute and I’ve talked to a lot of people about [this]. You just have to write something and character studies are really interesting to look at.”

I guess I’ll go get my Bible, then.

Listen to Shrink on Spotify and Apple Music.