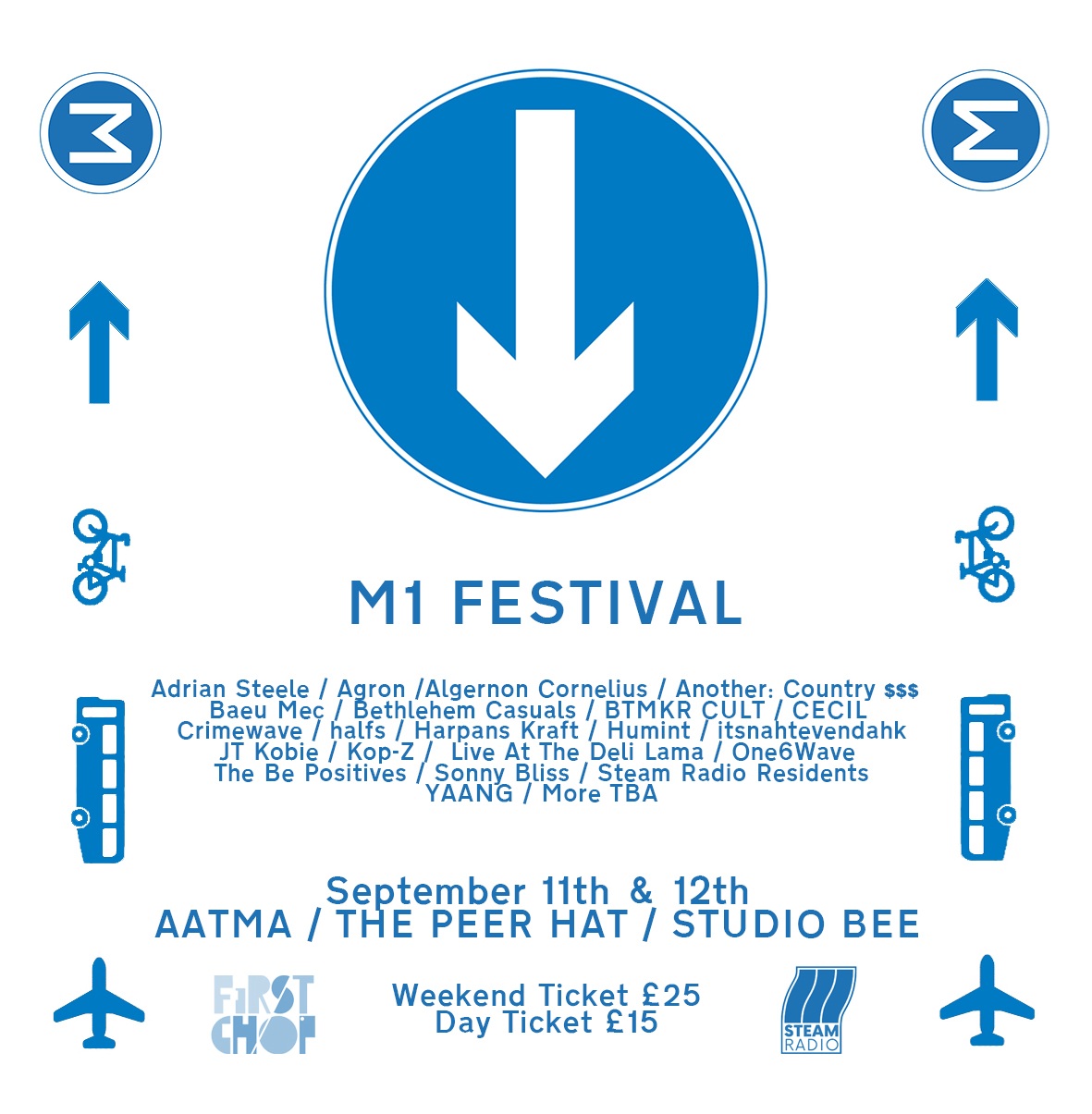 M1 have announced news of a compilation album as well as an accompanying  festival, in aid of 0161 Community and No Borders Manchester.

The M1 Compilation has been created to fund the projects of the two brilliant charities, 0161 Community and No Borders Manchester. Featuring a plethora of local artists spanning a wonderfully wide range of genres, the album will be released on September 11th.

The compilation is perfectly unique to Manchester, guiding you through all of the city’s musical normalities and eccentricities, in a vast journey through genres ranging from punk, to rock, to jazz, to funk. As well as its collection of spiraling genres, the compilation contains a wide variety of musical explorations, ranging from fully mastered singles, to rough cuts and live recordings.

Each of these artists were handpicked by members of The M team, a group based in Manchester music team made up of,  Evan Soule of MUKA, Hannah Tinker of Wilderness Record Store, Kalum Winters of Do Your Best, Nick Barber of Barber Presents, Brandon Smith of The Singing Box, Emma Thompson of Fat Out and Ku’umba Studio. With each of these individuals so heavily invested in the Manchester music scene, this compilation album contains the best of the best.

As well as the compilation album, the M1 festival will take place on the 11th and 12th of September featuring some of the acts who appear on the album, and a whole other assortment of those who don’t. The artists taking to the stage in September include: Adrian Steele, Agron, Algernon Cornelius, Another Country $$$$, Beau Mec, Bethlehem Casuals, BTMKR CULT, CECIL, Crimewave, halfs, Harpans Kraft, Humint, itsnatevendahk, JT Kobie, Kop-Z, Live At The Deli Lama, One6Wave, The Be Positives, Sonny Bliss, STEAM Radio Residents and Rodeo-favourites YAANG, with more acts to be announced.

The M1 Compilation will be available to purchase on cassette (in limited stockists) and on The M Bandcamp page on September 11th, and you can get tickets to the festival here!