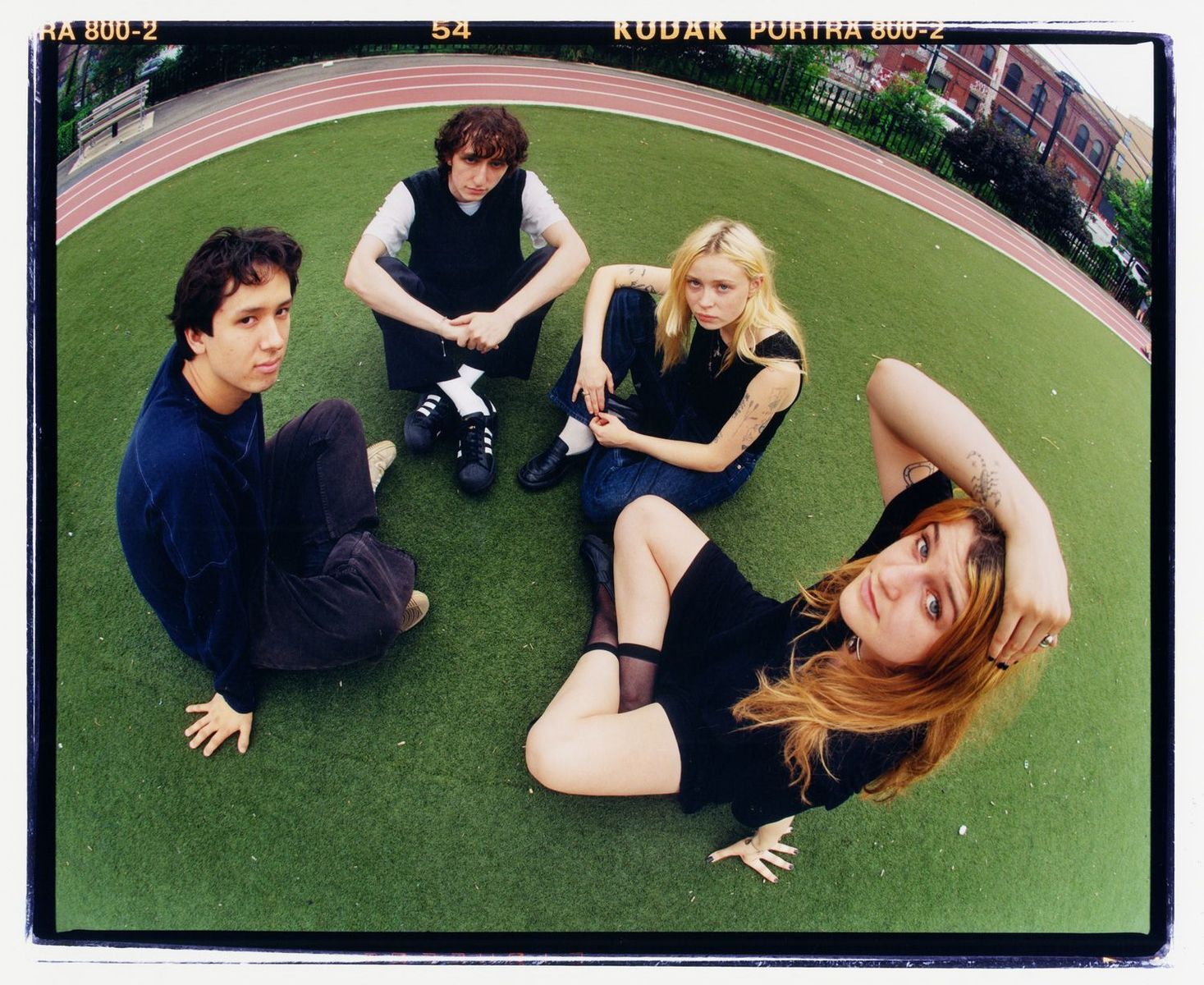 Track of the Week: Momma – Medicine

Momma bind together an intimate sound with a burst of energy on new track, ‘Medicine’. Sack off the lemsip and put this on repeat to cure that ghastly cold that’s going around at the minute.

Bad Suns – Wishing Fountains
Man, I laced up my dancing shoes, put on some tacky sunglasses and started stretching my hammies to prepare for this new Bad Suns song. And… now i feel silly. Lovely, albeit unexpected acoustic track – The 1975 did this sort of thing on their last record but Bad Suns gives them a run for their M.O.N.E.Y., instilling a lot more passion into the whole thing. I’m cool with it – I can dance some other time.

ADULT. – Fools (We Are)
808, yes please mate. ‘Fools (We Are)’ matches hard drum machines with equally hard synth and vocals to create a swirling, minimal sound reminiscent of early industrial music. If you like a bit of concrete on your cornflakes, this one is for you.

Alex Cameron – Sara Jo
Sara Jo’ sees Alex in character once more. Written from the perspective of a person dissilusioned with life, and confused by the misinformation on the Internet, it’s a cruising rock’n’roll song with a sad undertone. Dealing with lonliness, vaccine denial and exasperation, it’s an exciting new entry into Alex’s discography.

Prima Queen – Chew My Cheeks
Prima Queen’s first new music of 2021 is a blinder. There’s a groovy swagger to the song, an underlying coolness that suggests the band have settled on a sound that’ll take them into the New Year all gun’s blazing.

The Cast Before the Break – Ships Passing
The post-rock underdogs are back with their first sign of new music in over ten years. A pleasant surprise, ‘Ships Passing’ showcases the more structured side of the band, with the closest thing to an earworm chorus the quintet has ever written. Yet they don’t stray far from what made them so interesting in the first place. Fans who have been asking for new music throughout the last decade should be mighty pleased.

The Usual Boys – Love Supreme
This one made me feel quite sexy, if I’m honest. The jazzy pianos and dramatic guitars have a very 1940’s-Cabaret-in-Berlin sound that I’m absolutely here for. Although there’s also some slightly spooky elements to it, like the layered isolated vocals that appear occasionally. Very ominous. Very sexy. Very Danny Elfman.

Wunderhorse – Poppy
‘Poppy’ is superb. Without sounding cliched, the track swirls in a rhythm and melody reminiscent of the ’80s Manchester scene without the politically crass views of ol’ Moz to ruin it – which is always a plus. Evolving from an understated and grunge-y opening to a vast and layered outro, the single is simply put, brill. Check it out.

Just Mustard – I Am You
A bit of a brooding one, this single is slow-paced and shudder-filled. With a dark, angsty atmosphere of noise and trip hop-inflected drumming, the track teases Just Mustard’s second full length release and marks their first release on Partisan Records.

Sun June – Easy
It’s no secret we’re big Sun June fans over here. Seems like forever ago now, but they released one of the best underground records we’ve heard so far this year all the way back in February. ‘Easy’ is a pleasant reminder to revisit that record as we near the end of 2021. It goes down, well, nice and easy.

Sweeping Promises – Pain Without a Touch
New Sub Pop signees, Sweeping Promises release a track sharper than a carving knife. With raw and rumbling rhythms, Razer-like synth and a cutting guitar ‘Pain Without Touch’ is simply a cracking track. Hurtling along with the pace of Debbie Harry skirting across a dance floor, this one goes down very, very well.

Eades – Ever Changing
Eades are dusting off the November cobwebs with ‘Ever Changing’. It’s a high speed pelt full of raw, resonant lyrics and that quintessential Eades frenetism. The first taste of their debut album, ‘Ever Changing’ paves the way for a raucous, riveting journey to come.

Full Bush – Wild Heart
Opening with an intro that sounds a little bit like if you blended Kaiser Chiefs with blink-182, ‘Wildheart’ channels the perfect level of angst. Between the punky vocals and the climactic drum riffs, what more could you ask for?

Sunflower Thieves – Sirens
Those wistful, ethereal vocals of Sunflower Thieves are enough to make you completely transcend. On ‘Sirens’, the duo transport you to a peaceful other realm where there is only comfort and calm. An ode to friendship and connection, ‘Sirens’ is exactly like that mate you seek out in a moment of panic; though the mysticality of the track takes you sky-high, the reassurance and consolation it offers grounds you once again.