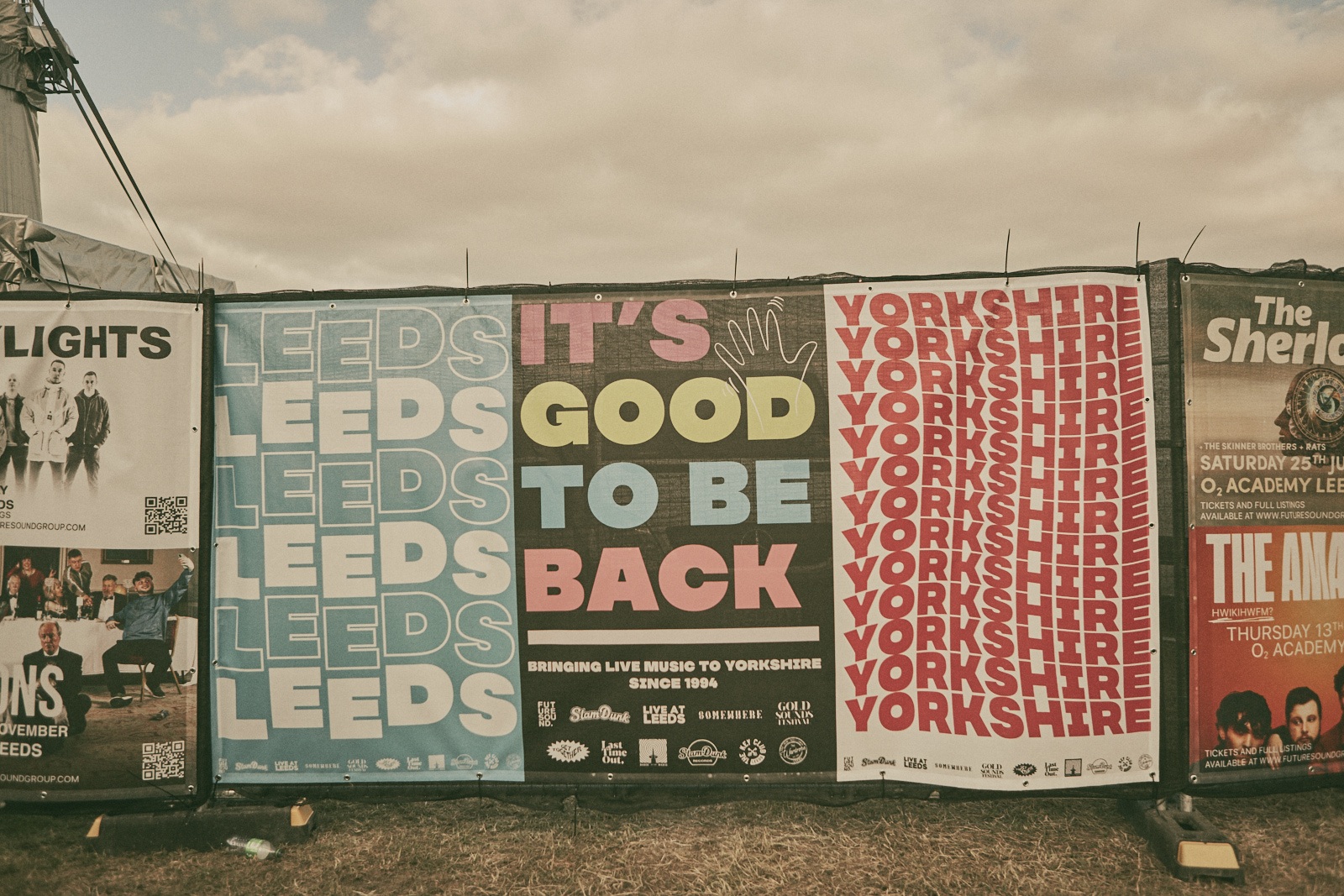 Embracing Frantic Fun at Live at Leeds: In the Park

The grounds of Temple Newsam have taken a hammering over the Jubilee weekend. On Thursday and Friday, the venue hosted emo and pop punk royalty with You Me At Six’s anniversary show and Slam Dunk festival. Indie got its turn on Saturday at the first ever Live At Leeds: In The Park. And whilst the weather may be less glorious, the crowds are just as enthusiastic as they pile in to watch headliners The Vaccines and Bombay Bicycle Club.

However, it’s the sound of Scottish upcomer Dylan John Thomas that slaps me in the face as I walk through the gates. I arrived at the Hill Top Stage in time to catch his staple cover of Johnny Cash’s ‘Ring of Fire’. The sudden crowd that had gathered for this familiarity stay for his final song, ‘Nobody Else’, and his acoustic tones feel perfect to accompany the weak sunshine that’s beginning to break through the clouds.

With this optimistic change in the weather, what feels like half the festival settles on the huge grassy field to watch Alfie Templeman on the MTV Main Stage. The general consensus appears to be that his smooth tones and summery tunes are the perfect soundtrack for dinner and a pint; with my own portion of chips from the otherworldly salt and pepper chip stand, I may have been inclined to agree. Celebrating the festivities, the Queen herself makes an appearance during this set, waving royally on the back of a large flag in the crowd.

It was time for a quick change in pace to catch one of my personal favourite newcomers, STONE from “sunny Liverpool”. Frontman Finlay Power is the kind that becomes more likeable over time, with his silly anecdotes and altogether daft dance moves. He introduces the crowd to the “left, right, forward, take it back” that accompanies their new eponymous song and a definite highlight is watching the crowd desperately trying to replicate the madness. Bassist Sarah Surrage is also given moments to shine, adding greater depth to their songs with her sarky comments. As I walked away, I could hear many describing them as their favourite act of the day.

I’m in the mood for something theatrical after seeing this energetic performance, so my next stop is Aussie icons Confidence Man. They certainly did not disappoint. Sugar Bones and Janet Planet’s four costume changes include shoulder-shrugging animatronic suits that would make David Byrne green with envy, cleverly placed LED pieces that change colour to the beat, and western-themed attire for their mimed cowboy shootout.

The first few rows are sprayed with champagne, the band maintain insane levels of energy, and the ominous masked figures on the keys and drums keep the crowd going. Confidence Man isn’t a 45 minute set – it’s a whole experience.

The hour-long break between them and my next act led me to Porij, a quirky dance quartet hailing from Manchester. Between their funky keys and catchy drums, they have the whole Dork Presents tent moving. Even plonked in my spot at the back I find my head nodding rhythmically and my toe tapping enthusiastically. When they depart the stage, I’m almost disappointed.

There’s no time to dwell, though, as Sea Girls are now taking the MTV Main Stage, frontman Henry Camamile dressed in a very fetching neon tracksuit. The crowd dancing at the front of the stage starts off with a small pocket of excited fans and gradually spreads, the feel-good sounds of their hits too contagious to resist. Even the sun takes the time to join us again, briefly appearing for the tonal shift of ‘Lucky’.

Having conserved my energy all day, I decide to chuck myself directly into the middle of the crowd for The Vaccines – partly to seek some warmth now that the sun had packed in for the day. It feels as though this is the only way to truly get a sense of their set, surrounded by hundreds of fans singing along to some of the biggest indie hits. I emerge soaked in Dark Fruits and riding the high of finally hearing ‘Wreckin’ Bar (Ra Ra Ra)’ live.

With that, my day of great music is over, and there’s one thing I’m sure of: Live At Leeds: In The Park may only be small now, but this won’t be the case for long. Give it a few more years and it will be just as much of a staple in the northern music scene as its city counterpart.