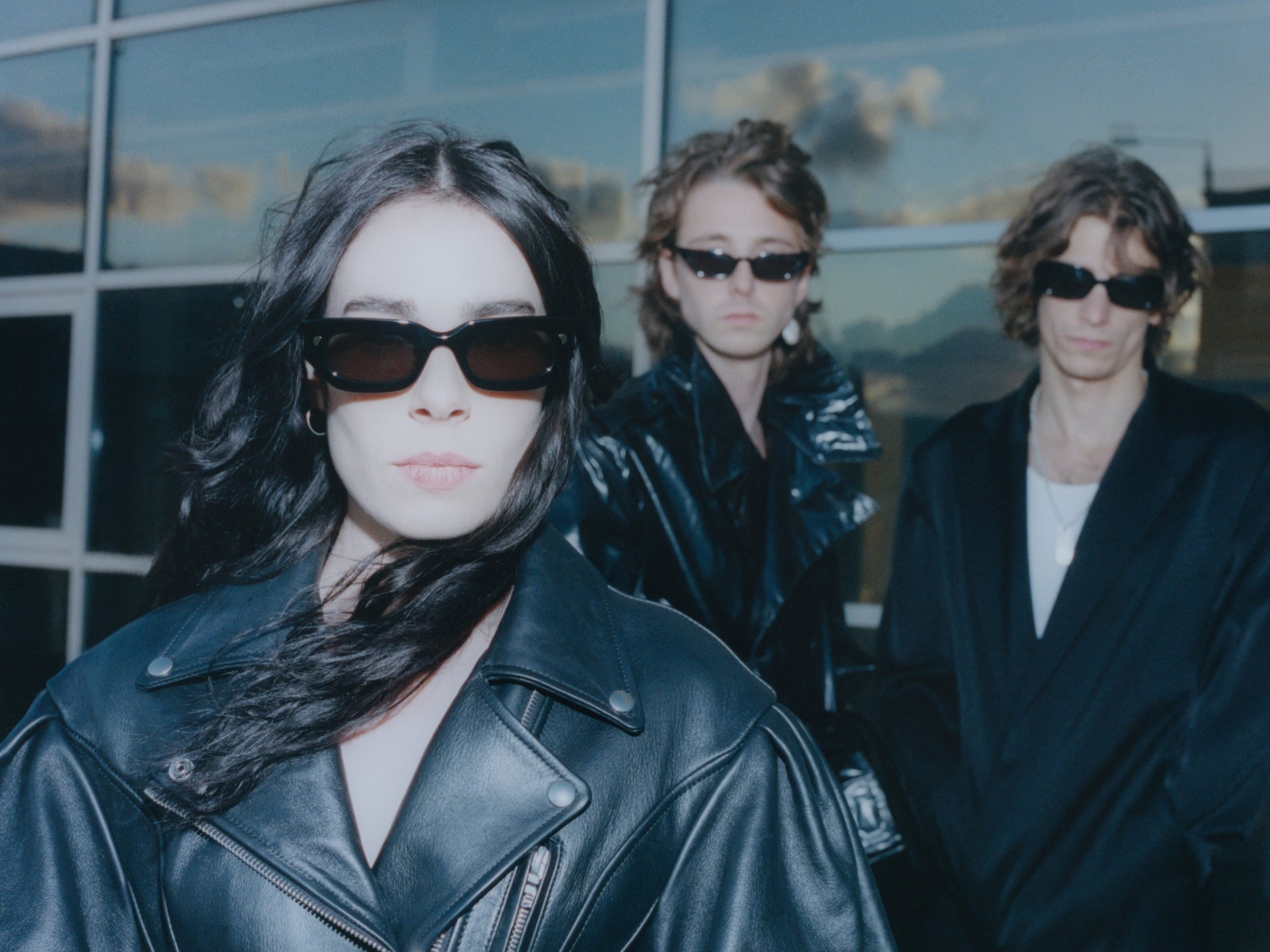 Sinead O’Brien talks growth, the past and her mind run wild

Sinead O’Brien and her music are shrouded in mystery, enigmatic scrawlings from her mind. Described as a ‘post-punk poet’, which is pretty fitting, she fills tracks with gabby lyrics that make you feel quite at home but are still complex enough to intertwine multiple meanings into them.

Upon greeting and shaking away that horrible awkwardness that accompanies Zoom interviews, Sinead appeared modest when speaking and very humbled by her recent Glastonbury performances. “The first thing we did when we arrived was walk on stage to line check and start to play.’ she winces. ‘I hadn’t even been to the festival yet and had already started playing.”

O’Brien reveals where excitement reached its peak for her bandmates just moments before playing their first gig at the coveted festival “Julian really psyched me up before the gig he was like ‘Fuck we have four gigs at Glastonbury!’ and I’m like ‘Shut up we’re about to go on.’ It was great and we were shaking each other and getting really excited. I’ve been trying to manifest this for the last two years.”

Riding alongside the build up to Glastonbury was Sinead’s debut album release, Time Bend And Break The Bower. With the first full festival season and opportunity to complete full tours this year for the first time since the dreaded lockdowns, life as a musician is as hectic as it can get for some. “I find that when you’re away it doesn’t sink in, you’re so focused on practically and creatively doing the tasks that are in front of you, like performing. So I’m not really bathing in it or taking a moment, when I got home I took one day of bathing in and then I moved on and now I’m writing again.” We both relieved ourselves with a laugh, one that momentarily takes away the weight and pressure, only god knows how she hasn’t burnt out by now.

“I never stopped writing, my boyfriend gave me this notebook the day I finished the album and I’ve just finished it today. I’m definitely in my creative space, kind of like on to new ideas. It’s amazing feeling it gently sink in; the album, I think, is a grower in some ways.”

It’s not long now since O’Brien has finished the in-store tour for the album, seriously does she not get tired (?), but privacy and maintaining a good standard of physical and mental health on tour are key. O’Brien expresses, “I think I manage it really well because I always prepare myself in a way, there’s nothing like coming home and having silence again and I think everyone needs it and craves it afterwards.”

She’s eager to mention the healthy camaraderie maintained in the touring party though, saying “The group of people I tour with, I’ve been really good friends with for years, the guys in the band and the front of house engineer. It’s a really small touring party, it hasn’t been expanded yet so it’s very comfortable. We split up into these sub-groups and we have our own ways of really being relaxed — there’s not always a need to expend a hell of a lot of energy in the downtime.

“It’s not silence inside by the way,” she points to her head with a smirk, that internal monologue is always going. “Yeah! But if I don’t I have this other thing going on in my head and other people are talking and this thing is trying to figure itself out, it can clash sometimes.”

As writers, the vast majority of the time there’s one idea or another rattling around in our brains and until it’s dealt with it needs to be scratched and put to paper — “The very next day after I came home from Glastonbury, I woke up already in a dialogue. In my head I had these lines and these rhythms, so I had to just get my notebook but I wanted to have a shower and I couldn’t.

Even if we’re at gigs or in the most awkward of places, it’s always worth penning your thoughts – “If you look like a dick taking your notebook out, fuck it like just write it down.”The passion for writing can’t help but ooze out of O’Brien from here on out, it’s a bold love and unwavering. We can all learn something from Sinead, just get fucking writing.

We may not ever use algebra or Pythagoras’ theorem (like we always said we wouldn’t) but that doesn’t mean you can’t cross-reference other working methods. Diving into working for Vivienne Westwood, O’Brien is constantly utilising all the tools she has at her disposal: “When I started with the album I was feeding myself with so much imagery and I was going to see performances and gigs. Going to dinner parties and having conversation as much as possible, meeting new people with interesting things to say and seeing how that affects me. That’s me collecting my raw material.”

Subconsciously she’s using this to create an immersive experience for people to listen to: “ I didn’t realise I was doing it until I started doing interviews, I’m using all these systems that I’ve been trained in for the past seven years, well probably more than that because of college but at Westwood I knew that way of working had more use than just for design, that way Vivienne wanted to work with throwing things up into the air is a genius idea that she had.”

Fashion and music, I guess they’re interchangeable then — huh. “It’s like a dream I had once, where I could see all the parts of my life like design, writing and making music. They were all in these boxes in my dream and they could float around… in a way it’s kind of like a computer game where you categorise things. I love that, I love curating, adjusting and tweaking. Once I have something I can basically do anything with it.”

O’Brien is a prime example of seeming to have complete dominion of her creativity, she’s absorbed by her work, just as she takes it all in. She now lives in London, where she’s been for the past seven or so years, a city that can chew you up and spit you right back out — an all consuming labyrinth of glass buildings.

“I know what you mean, to say it consumed you is so powerful. I think that’s why I let the introverted part of me rule me a lot of the time because I get respite. I do a lot of walking in the marshes everyday for an hour or two or I’ll be in my house writing. I’m not at a gig every night of the week. It’s an absolute monster of a city, I find a comfortable way to deal with it.”

London is so easily romanticised just like Paris or Dublin, but it isn’t kind to everyone that doesn’t have the resources to tame it. “Yeah I get what you mean, I think when bands start to get bigger they move to a different city because they’re there more or it makes sense touring wise. I remember that I felt like it about New York and borrowed some money from a best friend, I was getting calls from people about viewing condos and calls from LA for a job and in the end I was just like, ‘Fuck off I don’t want this’. It was just the journey that I liked. It’s a big cliché but it showed me.”

Sinead O’Brien is a promising performer, based upon her passion and the standard that she holds herself to — something that probably comes from her time in fashion. God bless Westwood? Anyway, she demonstrates no blasé and inspires in that fact, it’s not lame to show your raw excitement for the little things in life, like going to write in a coffee shop for a few hours. Take notes and keep a close eye, her imagination will take her much further than a stone’s throw.

Time Bend and Break The Bower is out now on Chess Club records.