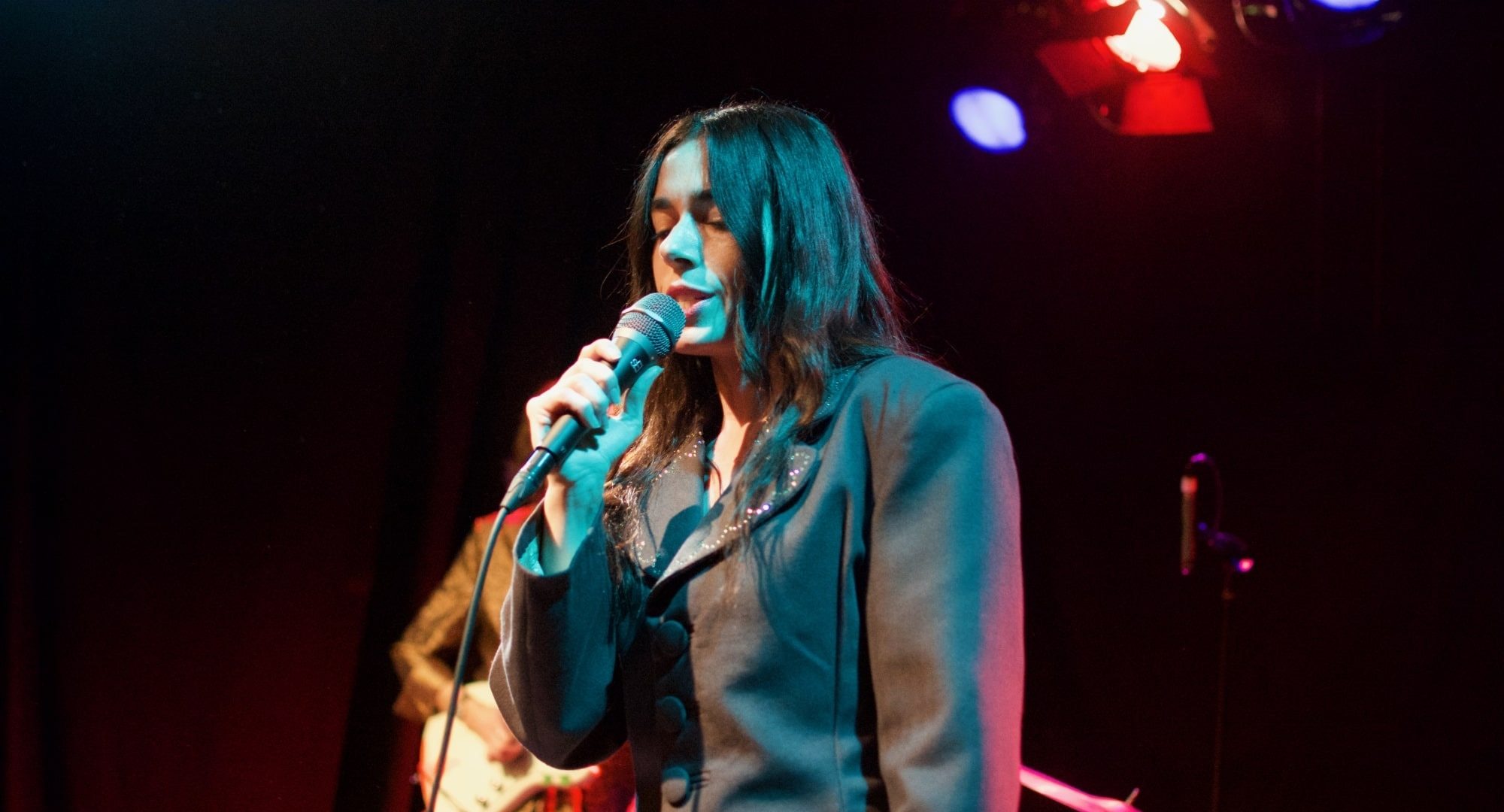 Sinead O’Brien takes on her headline UK tour in style

The photos below are by Henry Groves and were taken at Sinead O’Brien’s sold-out performance at Chats Palace. The text is a review of her gig at YES Basement, Manchester – we’re all about crossing that North-South divide, you know.

People slowly seep in and out of YES Basement as the support band Priestgate packs up their gear and buttons up their shirts. In what could be considered a fairly seedy circumstance, the atmosphere isn’t exactly stunning. Instead it’s quite nervy.

A part of me hopes that people haven’t come to the wrong place, expecting some all-singing, all-dancing light show complete with trapeze artists and pyrotechnics. Alas, no, it turned out that it was just your classic bunch Chicken Korma folk cramped into a small space the size of a sardine can – ah live music, how I’ve missed you.

During the warm up act, Sinead stood alone over my right shoulder, sipping on a water bottle and paying her dues. To be honest the sight wasn’t too much of a surprise, from the state of YES’ Basement I can imagine the ‘green room’ contains the following; four grey walls, three fraying chairs, an Amstel rider and whatever’s necessary for performing a typical pre-gig tradition (rosary beads, your first-born child and a lock of human hair).

After disappearing into an out of sight backroom, Sinead and her duo backing, Julian Hanson and Oscar Robertson, eventually reemerge sidestepping from a door left of the stage. The Fall’s ‘Blindness’ with its marching bass rhythm rings out and the cupboard-sized venue begins to feel smaller and smaller.

Stoic and upright, she grips the mic and begins to pivot, dressed in a suit complete with diamante detailing – it’s a bit jazzy. Assured and confident she begins to sway rhythmically in time with the opening words of ‘Girlkind’; the scene is firmly set.

Cherry picking from her few releases to date, crowd favourites are covered quickly; ‘Taking on Time’ – one for the Speedy Wunderground stans – and ‘A thing you Call Joy’ are met with warm cheers, whilst the latter draws a smile and a nod of ‘thank you’ from the stage.

Bolting along with the pace of an Irish wolfhound, the set covered old and new. ‘Girlkind’, ‘There Are Good Times Coming’ and ‘Like Culture’ – three unreleased tracks – continued in the artist’s unique style and fervour; the bloke standing next to me turned at one point and loudly stated “Decent!” down his friend’s ear canal – a strong enough seal of approval.

‘Like Culture’ closes the night. The track leans into a repeating directive: “Dance, Dance, Dance” – not an entirely novel chorus to a Mancunian audience. The driving beat and simple-but-effective ruminations move what was a static run-of-the-mill crowd into some form of actual movement. The couple in front burst into a good old fashioned boogie and the rest of the room sways their arms and heads that little bit faster; an apt closer for a solid performance, there’s plenty of good omens for Sinead’s future on show.

Thankful and appreciative, she bows out for the evening to a small room of large enough applause. Segueing up the winding stairs, back to ground level where a post-gig pint was due, I decided to head to the loo. Getting there, I noticed that the poster on the wall of the urinal – advertising the night’s gig – had literally been ripped out of its frame. There definitely are good things on the way.