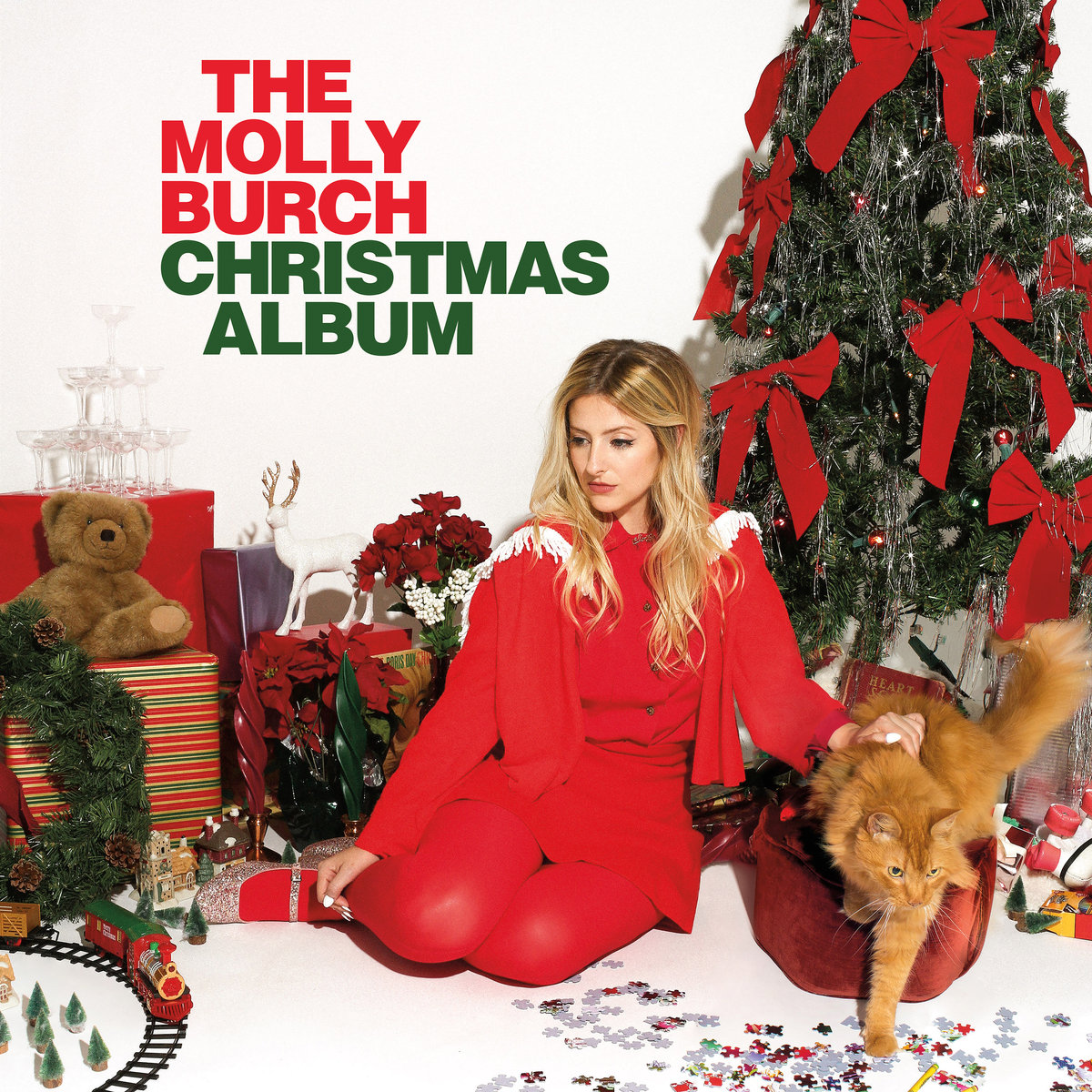 An interview with Molly Burch features in Volume 6 of our print magazine, find it HERE.

As we get older, it seems harder and harder to get into the Christmas spirit, especially early in the season. The older we get, the more responsibilities we have, and the more things we have to juggle that distract us from the festive aspects. In recent years, I can’t say I’ve felt a whole lot of Christmas spirit as early as November 15th. This year, it’s a bit different. I have Molly Burch to thank for that.

I had the pleasure of speaking to Molly for Volume 6 of our magazine – that’s called ‘shameless product placement’, folks – and she told me she set out to make this album not only for people who love holiday music, but also for people who find it annoying.

It’s an intriguing approach to the oversaturated market of Christmas records, and one that does Burch a lot of favours. For starters, I would consider only four of these twelve songs ‘standards’ – the rest include deeper cuts not often performed, and two originals penned by Burch herself. You see, despite what some insist, Christmas music isn’t annoying by nature – the redundant omnipresence of it all is. Radios, supermarkets, shopping centres, etc. – you can’t go anywhere without hearing Bing Crosby tap dancing with Danny Fuckin’ Kaye. But you won’t hear songs like The Mamas & The Papas’ “Snowqueen of Texas” or Ella Fitzgerald’s “The Secret of Christmas” in any of these public places. Long story short – Burch’s tracklisting is expertly curated. Unsurprisingly, so are the arrangements.

Molly Burch’s voice is tailor-made for Christmas carols. There’s no denying it. Her smooth tenor is the equivalent of a mid-December snowfall, as seen through your family’s living room window whilst sitting on the couch in super cheesy, matching pyjamas. Her pitch-perfect renditions of classics “The Coldest Night of the Year” and “I’ll Be Home For Christmas” are especially warming, which couldn’t come at a better time as, here in New York, we’ve just started the annual tradition of grumpily scraping ice off our cars. The bluesy undertones and self-instilled jazz vocal influences make Burch’s first instalment into the ever-expansive, Christmas music catalog a worthy addition – whether you’re travelling home for the holidays, dreading an awful family reunion with not nearly enough egg nog, or trapped in New York with a pair of sticky bandits, you’re sure to find yourself feeling relaxed, enamoured and a bit more festive with this in your ears. And that right there is the true power of holiday music – yeah, it might not be for everyone, but given the right circumstances, even the Grinchiest of us all is likely to find themself humming along to a choir of “Santa Claus is Comin’ To Town”.

My family’s Christmas tradition is spending the entire weekend after Thanksgiving rearranging and decorating our house for the holidays. We take the classic tree farm trip, I pretend I know how to use a saw, and we bring home an authentic Christmas tree to grace our living room. We then spend what seems like twelve hours putting ornaments on all the branches – my wife has no less than seven Rubbermaid totes full of ‘em and you better believe no one gets left behind – which leaves us ample time to dust off the Christmas record collection. Listening to The Molly Burch Christmas Album today, it’s not hard to imagine it spinning on the turntable, serenading our beloved traditions. There are very few modern artists who have earned such a coveted spot in my library, but Burch is restoring my faith in the fact that there is still a little magic left to unearth in holiday music.

Critiquing this in the same fashion as other records that have blessed our ears this year would be impossible, and frankly stupid – this is a seasonal release, after all. The best way to judge a seasonal record is to determine how much it captures the raw feelings of that particular season – in that respect, Molly Burch just delivered us a whole sleigh full of goodies. Put this one on your ‘nice list’, folks – you won’t be disappointed.

Haiku Review
Who needs Bublé, when
You got Molly, even though
It’s November, Christ!

Listen to ‘The Molly Burch Christmas Album’ on Spotify and Apple Music. Get the latest edition of our print magazine featuring interview with Molly Burch herself, as well as Matt Maltese, Black Honey, and Mattiel HERE.