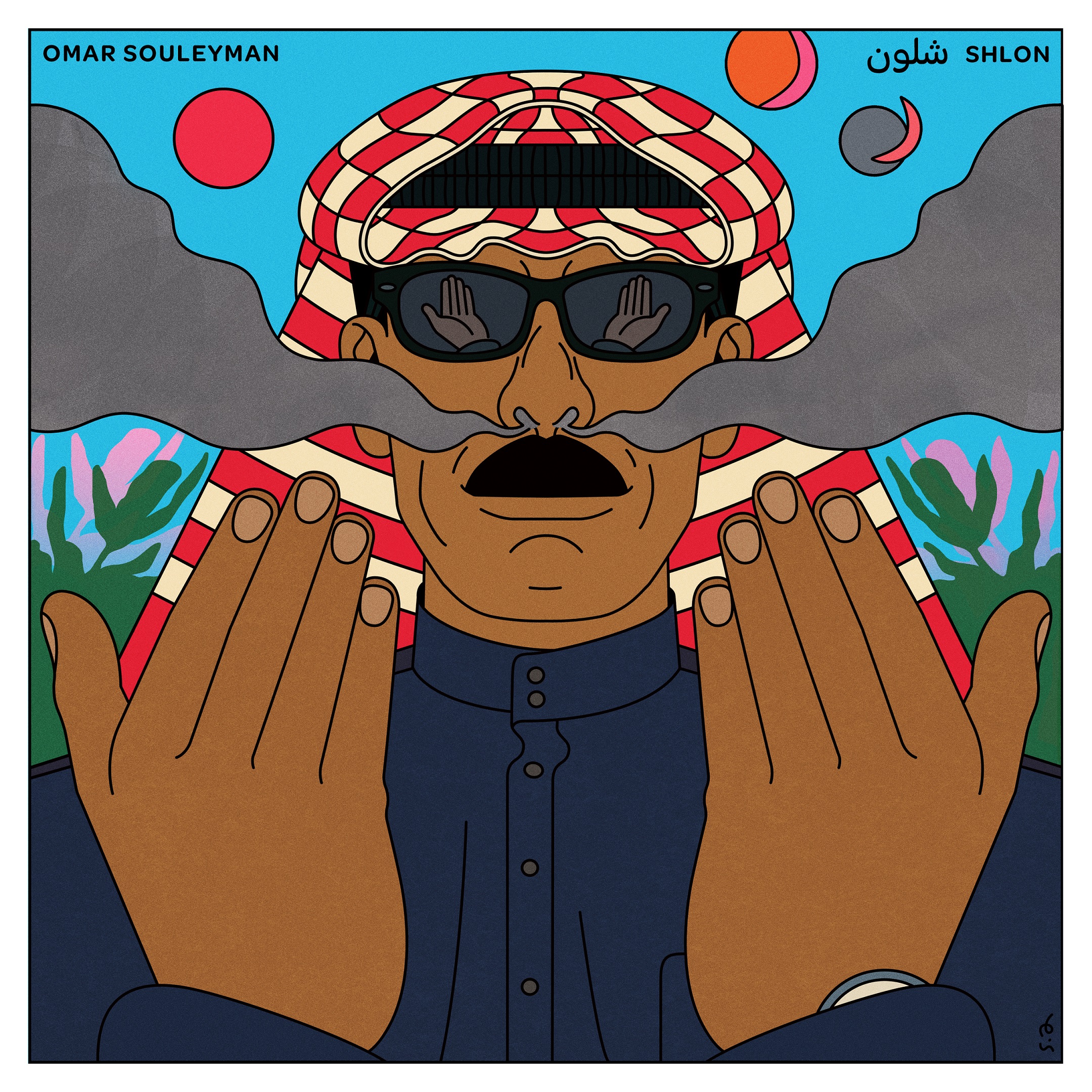 This guy is one of my favourite characters in music. A former farmer from Syria, Omar Souleyman started his musical career as a part-time wedding singer. Each time Omar was hired he created an entire album for the newly married couple. He would write, record and release his music at these joyous occasions so that people could remember them. Since he started he has written and recorded over five hundred studio and live albums, FIVE HUNDRED, all with influences from the diverse community of Kurdish, Sunni and Ashuri people he was hired by. Ain’t that sweet?

Omar’s music is a mixture of keyboards, electronic beats and signature vocals. Souleyman writes an electronic version of Dabke, a traditional folk music that originates from Lebanon, Jordan, Syria, Palestine, and Iraq. Dabke is usually performed at joyous occasions and includes a dance that symbolises family, community, tradition, aspirations and struggle.

To us westerners, the genre may seem a bit odd at first but it has an elusive draw. It’s hypnotic, looping round and round with repetition and melody at its core. Like techno, it moves from one solo to the next constantly in a proud and rhythmic manner.

His newest album is called Shlon, meaning “how” or “which colour” in Arabic. Fittingly, it is a vibrant, joyous and colourful release – on ‘Layle’ Omar’s smile is audible. You can picture it playing at a gathering in the desert dust streets of Eastern Syria, people dancing and having fun in the sand whilst a keyboard player, completely engrossed in his instrument, rips through a complex melody. It’s really a snapshot of a community and a way of life that invites you to join in, become part of the festivities.

As a whole, it’s quite overwhelming when you first hear it, but soon enough you’re drawn in, becoming part of the tradition itself. You can imagine how a group of people could move in sync to it, dropping their shoulders to the beat. Its hypnotism acts as an equalling effect in a way. The songs reverberate around one hook, one ‘drone’, as they go on – sometimes 7 minutes at a time – in a way you begin to embody it, tapping your desk and moving your feet. You become one with it.

Listening to this latest release, you can notice Omar has become less keyboard-heavy than his earlier more “mass” releases. He’s started to incorporate more orchestral stringed instruments into his mix, filling the empty space left by his usually two-man backing band. This shift creates something more recognisable to a western ear – he uses disco-like synths for example – but it still remains unlike any ‘western’ music styles.

In that manner, people will probably be quick to call it “world music”. This would be reductive. It is Omar Souleyman’s Music, and it is the Arabic people’s music. It is an open door to a part of the world that politics and stereotypes in the west have rendered as cultureless, backwards and valuable only for its oil. Shlon is bloody brilliant.

Listen to Omar Souleyman on Spotify and Apple Music. Get the latest edition of our print magazine featuring Black Honey, Matt Maltese, Mattiel and more HERE.