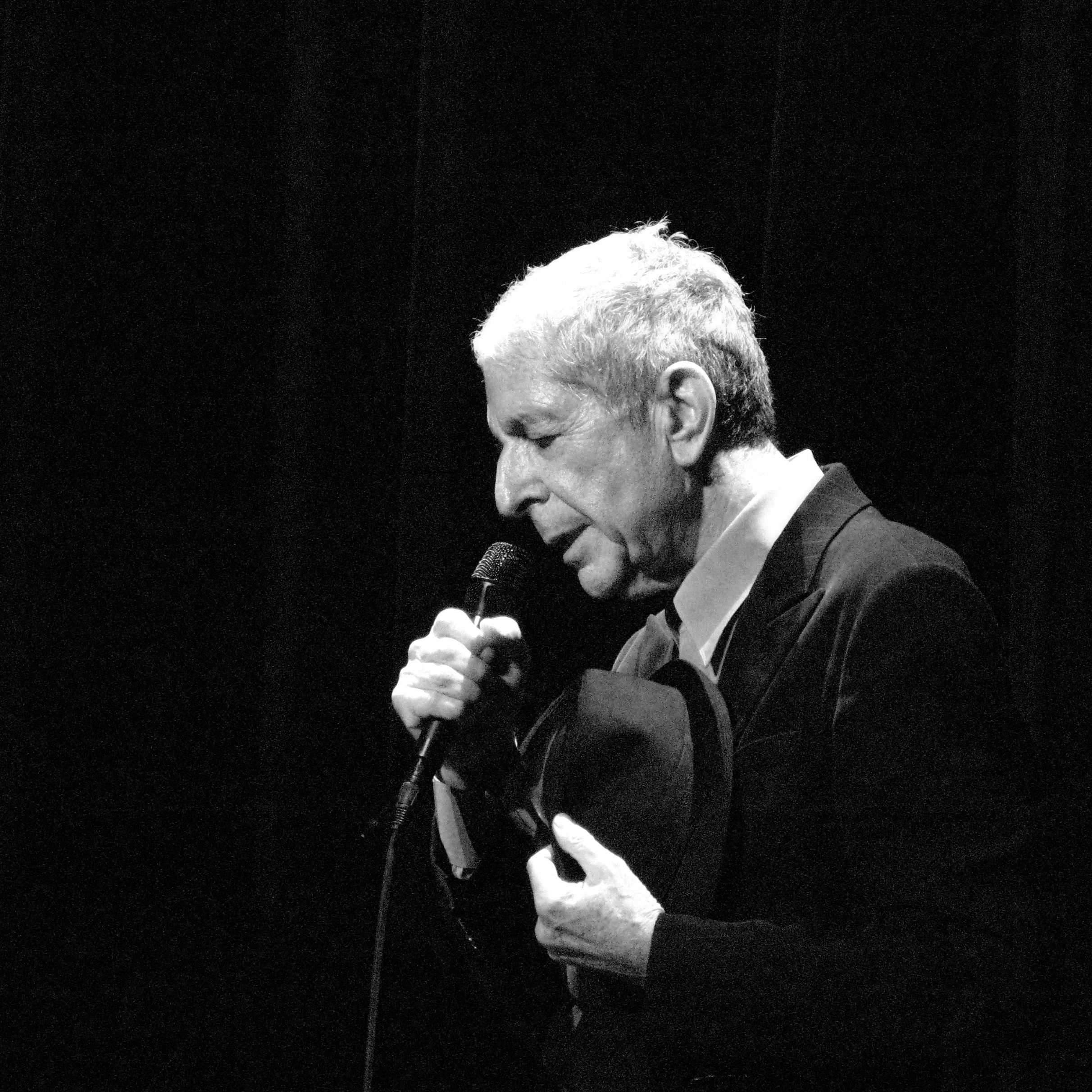 Thanks for the songs, Leonard Cohen

Leonard Cohen - Thanks for the Dance
Reader Rating0 Votes

Frederico Fellini’s 1963 film, 8 1/2 ends in a mad dream-like sequence, Guido, a director with writer’s block, attends a press conference with a big budget contract looming over his head. Stumbling over his words the press quickly realise there is no film, and his audience turns into a mob. As the scene plays out, Guido escapes under the table, and puts a gun to his head. Waking he finds himself in a wide-open space filled with people he knew from his life. All of them, his mother, his lover and his wife, even his younger self, begin to dance hand in hand in a circle, and the film fades out in a joyous tune performed by a circus band.

I’d always interpreted this finale as a sort of afterlife, a resolution at least of the protagonist’s struggles with love and creativity. After being berated throughout the film by his memories and everyone around him, he settles his debt, gives his answer and finds peace.

Even though Fellini paints an abstract resolution to his masterpiece, one which you have to decipher mostly for yourself, the feeling he creates, that emotion, is very much reminiscent of Cohen’s posthumous release. If You Want It Darker was his final scene, the settling of his debts, Thanks for the Dance is his afterlife dance at peace.

This album was never meant to be heard. It consists of a selection of Cohen’s spoken poems/demo takes recorded incompletely before his death. The bits and parts have been lovingly stitched together by his songwriting son to create what sounds like a complete and considered record.

The album is really a collaboration, a mixture of Cohen’s words and other people vision. The result is something that should and shouldn’t exist, Cohen never sanctioned nor agreed to anything you hear apart from his voice. Naturally, this creates an odd sense of inauthenticity; is this what you (Cohen) wanted? Would he have done that? Considering Cohen was known for his perfectionism, these are all valid questions.

Indeed, as the original recordings were unfinished, there are moments across the record that are odd really. At times, the instruments shy away from taking any melodic risks, as if they’re fearful of overstepping their master’s voice. As a project reminiscent of Jim Morrison’s posthumous American Prayer, this is understandable. But, whereas American Prayer makes use of silence to explore ideas musically, Thanks for the Dance is rendered in quite a monotonous, uninteresting mix.

To a more casual fan like my mother who chimed in at one point with “do you want a knife? ’cause I’m ready to end it listening to this”, this understandably pushes you away. But, as a longer-term fan, this doesn’t bother me in the slightest. To me, the whole record is about more than what it sounds like. To me, like 8 1/2, this is something more than just simply what you see or hear.

As far as I can tell, you can look at it two ways. On the one hand, the record chronicles the final moments of a man who’s made many mistakes in his life, and now faces his clock running short – I can understand why people would think this, considering the record’s similarities both in theme and tone to Darker. But this isn’t the way I view it.

To me, Cohen’s words are a voice from the grave, not the deathbed. Speaking starkly of his pain, his memory and his lovers, what was perhaps written at the time to represent a man facing death, now sounds like a man who’s faced death, accepted it even, and moved past it both literally and metaphorically. Poignant and powerful, Cohen words are not dark, but light. The blunt readings of his past are not frustration, nor the last-ditch attempt of reconciling lover, they are a peaceful recollection of happiness and beauty in life: “listen to the hummingbird/don’t listen to me.”

Like 8 1/2, the protagonist here has left his struggles behind, he’s moved on and found his joyous scene dancing with his memories: “It was hell, it was swell, it was fun.” He’s left the table, but he’s not out of the game, this is the postscript, the end credit scene. It’s a reminder that nothings over unless you want it to be and its a reminder that death doesn’t define life.

The question ‘What Happens To The Heart’ posed at the beginning of the record has a simple answer. It gets battered and bruised, shot and loved, but in the end, it lives on – nothing happens to it. Cohen lives on. He’s still singing to us from the grave.

Thanks for the songs, Leonard.

Haiku Review
Though the Master’s gone,
He sings to us from the grave,
“I’ve settled my debts.”

Listen to Leonard Cohen on Spotify and Apple Music. You can get the latest edition of our print magazine HERE.