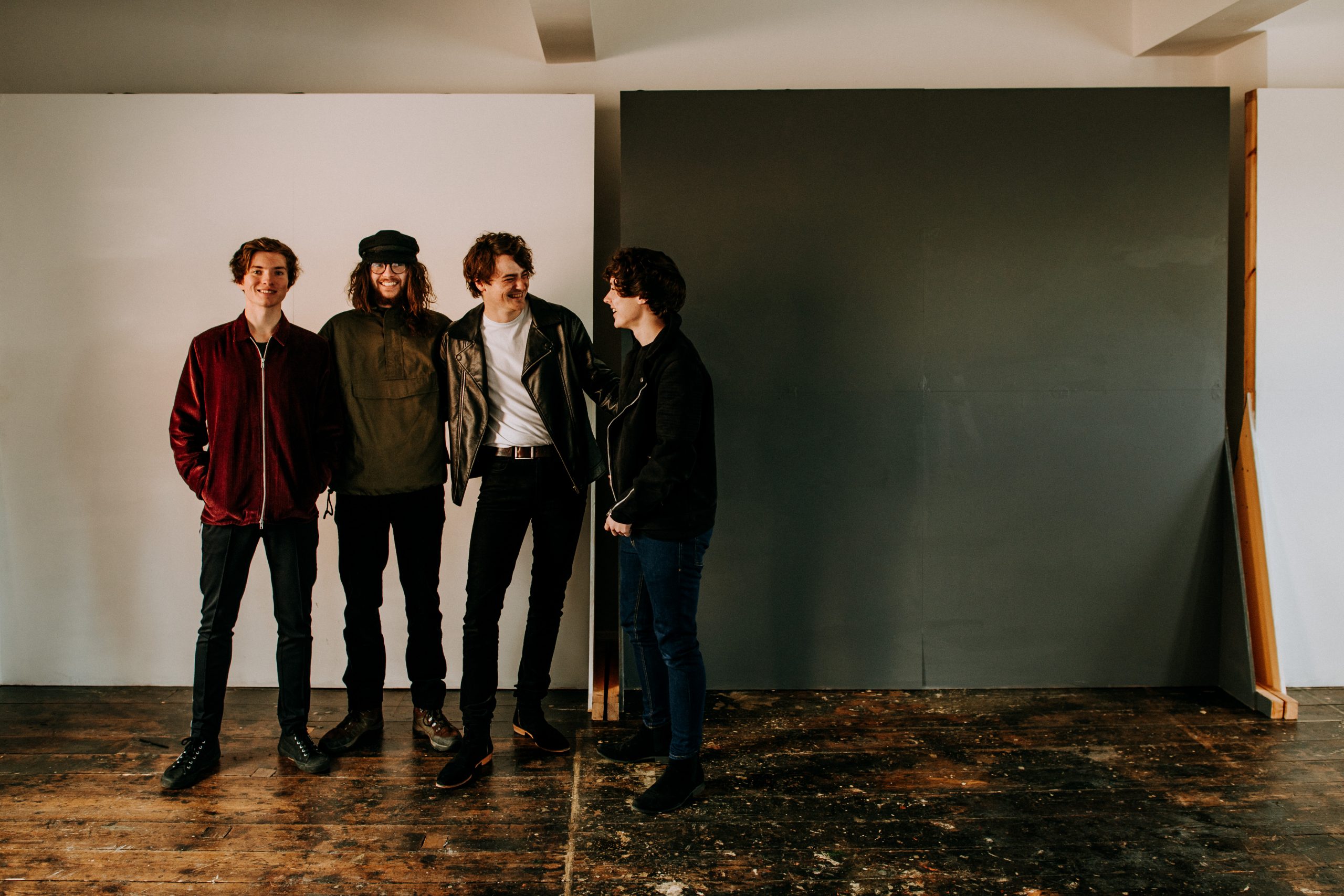 Track Of The Week: FEVER – Money Love
With the swagger of a young Turner mixed with the cockiness of a single Gallagher brother, ‘Money Love’ is quicker than bloody Rita at Alton Towers–it’s over in two minutes. Under Blossoms’ wing FEVER continue to grow. Guitar centric, riff centric, confident and developing.
Listen HERE.

Angelica Garcia – Guadalupe
This deity inspired track is as fierce as it comes. Garcia packs a punch with vocals as rich as the Kardashians, oozing confidence and showing us that our power isn’t in our physique, but is inside every fuckin’ one of us.

Beach Bunny – Cloud 9
Beach Bunny gives us two minutes that will make you smile or cry—depending on your relationship status. Though ‘Cloud 9’ is a short and sweet song about love and all its positivity, if you’re going into the New Year alone after a break up it will still do the job.

Caspian – Circles on Circles
Caspian is a post-rock behemoth you may’ve not heard of. If that’s the case, I recommend not starting with this song. Primarily an instrumental outfit, this new single is a step in a different direction. What’s that I hear? A human voice? Whoa. Don’t get me wrong; it’s lovely as hell. But check out their earlier work first if you want to be bathed in pure instrumental emotion. Then come back and give this a spin.

Dom Glynn – Ain’t No Cowboys
The story of Camden’s Johnny Cash continues. Glynn’s beautifully moody voice soothes and searches through the wilderness for cowboys. There’s plenty here at The Rodeo, Dom, and you are always welcome.

Guest Singer – Think Face
It’s—dare I say it—Springsteen esque. Not the Sam Fender variety of Brucey boy though, it’s rather a big, anthemic boss-like track instead. Fans of Alex Cameron would love it.

Hanya – I’ll Do it Tomorrow
A slow-burning ode to the all too modern act of procrastinating anything and everything. It’s a concoction of shoe-gaze lustre, Mazzy Star-inspired dreaminess, and a dash of grit. It’s the type of thing you’d listen to on a Sunday morning whilst reading the paper… and procrastinating everything you need to do for the following week. But suddenly, it doesn’t seem so bad when you realise that you’re getting lost in the haze of Hanya.

Jenny Lewis (feat. Habib Koite) – Under the Supermoon
A pointedly political ditty sees indie darling Jenny Lewis teaming up with Haitian musician Habib Koite for a compilation record by Artists for Peace and Justice, which is a nonprofit focused on social justice internationally. It’s textbook Lewis, and when she sang “The whole world thinks we’re insane,” I felt that shit.

Margo Price – Stone Me
Only a few seconds in, and Stone Me gives the feathery impression of twirling into a pink-shaded ballroom. But as the listener gets closer, the song gets darker and darker and all glitters start to fade. Suddenly, Margo Price no longer sounds candid but cuts deep with sharp lyrics. Hiding behind a sweet recognisable Country rhythm, it advocates for defiance and pride. Stone Me tastes like acid drops, in a pleasant way.

Obongjayar – God’s Own Children
Nigerian born. London residing. These unique cultural influences both shine brightly on the new single “God’s Own Children” which is hard to classify, other than to say it is urgent and succinct. Make no mistake: Obongjayar is bound for something big.

Oh Wonder – Happy
This is one for the picnic days. Oh Wonder lean into pop vibes with an ubeat track which would perfectly accompany a crisp fruity cider, on a gentle July evening.

Orchards – Sincerely Overwhelmed
A track full of fun and colour. If this was a Jackson Polock painting—you know, the bloke who just lobbed paint at a wall—it’d be full of pink, yellow and baby blue freckles and strokes.

Ratboys – I Go Out at Night
Hard to say where the hell I’ve been the last five years, but it took that long for Ratboys to fall into my lap. I’m ashamed. Lead singer Julia Steiner has a gentleness about her that welcomes you right into the song like it’s a party in a stranger’s living room. I’m a bit of a wallflower so I appreciate all the help I can get, but “I Go Out at Night” had me jumping in with both feet anyways. Well done, lads.

Real Estate – Paper Cup
Real Estate are back with their first track since 2017, and this time they’ve gone even more mental on the guitar swells. If that wasn’t enough they’ve added in a shit load of violins for good measure. The song itself is perfectly pleasant for about two minutes of its four-minute run time; after that it seems to be crying out for a change of pace.

The Lovely Eggs – This Decision
Fuzzed-out, noise rock from Lancaster. You wouldn’t know it from their balls-to-the-wall sound, but there’s just two of them lovely eggs, and they’re fed up as fuck about Brexit, capitalist greed, and pretty much just bullshit in general. If you want to rage for three minutes or so, put this sucker on – it’ll suit ya well.

Tiña – Dip
A pink cowboy hat is all you need. Forget love. It’s secondary. Not necessary–note this down. Pink cowboy hat. Get one. Start a band–preferably sounding like this–and you’ll be fine. No. You’ll be brilliant. This is brilliant. What am I saying?

Twin Peak – Cawfee/ St Vulgar
Ever been for a drive on a Saturday afternoon? Maybe after a morning shift, so you’ve just finished graft and you know you’re off out for a few tonight? Stick ‘Cawfee’ on. That’s what this song is for. It shuffles pretty effortlessly into “St Vulgar” – still gritty, still guitar-y, still good for the car. It’s pretty decent, this is. No complaints.

U.S Girls – Overtime
Three minutes of cinematic scene-setting with a driving drum beat. ‘Overtime’ is the sound of an impending shootdown. Gun in hand, Stetson pulled low above your eyebrows, you’re in a game of winners and losers—the only second place is six feet under. Heart beating, feet stomping, this track is your entrance.

Get the latest edition of our print magazine HERE.