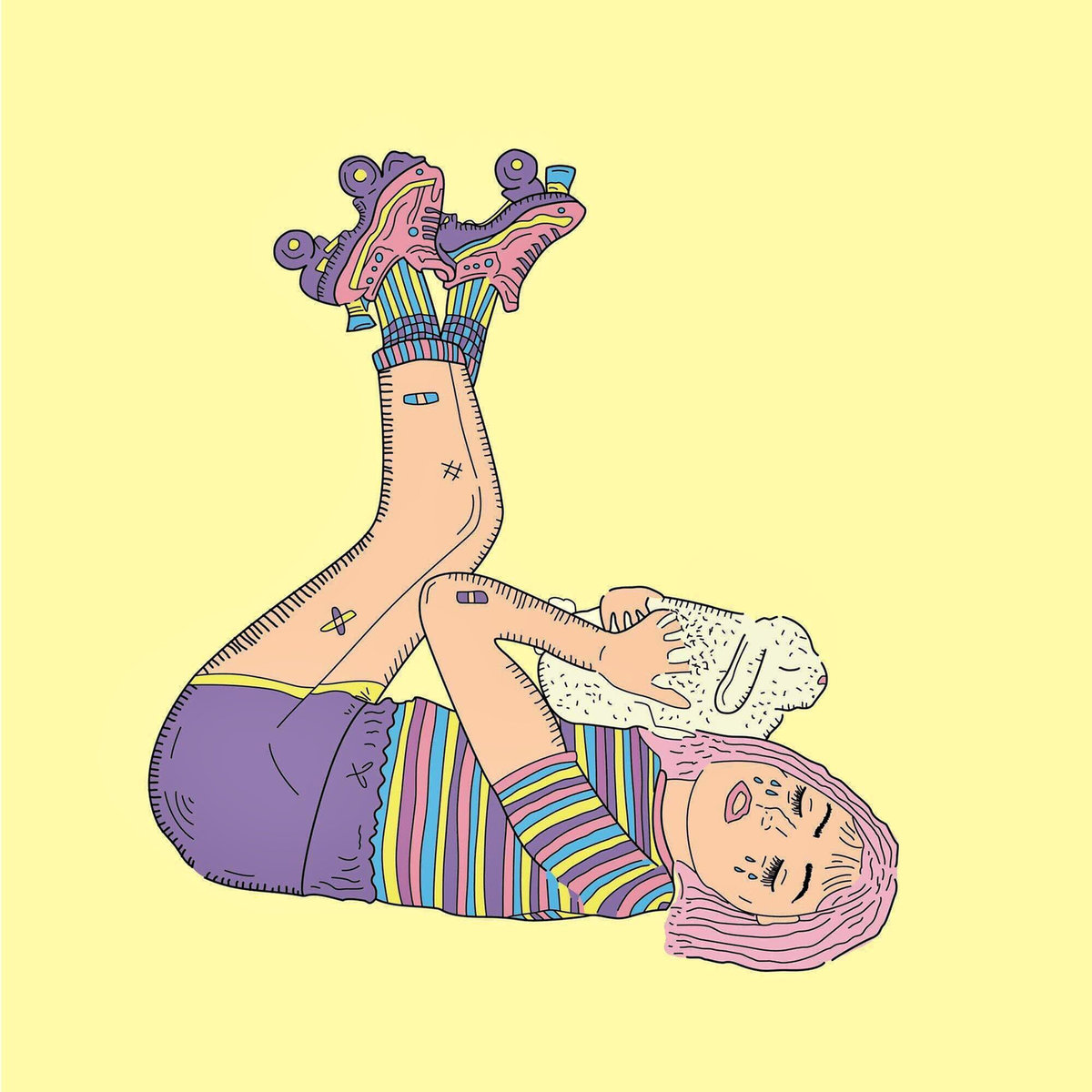 Beach Bunny touch the hopeless romantic in all of us

Happy Valentine’s Day, y’all. All the true romantics out there will be celebrating with flowers and chocolates and fancy meals that likely end with one or both people wearing something… ahem… inviting. But, for the rest of us, we’ve got sappy records to keep us company. Beach Bunny have given us quite the Valentine’s Day gift in that respect.

In the chorus of the highly-infectious album opener ‘Promises,’ singer Lili Trifilio sings “Part of me still wants you / Part of me wants to fall asleep / When we’re all alone in your bedroom,” which is a pretty good thesis statement for Beach Bunny’s debut full-length, Honeymoon. It’s a record with songs about love – they just aren’t love songs. In a recent interview with the charismatic singer herself – shameless plug, check out Volume 7 released February 17th, yo! – she tells me “the record makes it seem like [she’s] against Valentine’s Day because it’s got all the sad songs, but she’s very much a big romantic person.” It’d be difficult not to take her at her word, considering she’s given us a record that sounds tailormade for a modern-day John Hughes film.

Indie-pop guitars and rhythms carry these songs along at a pace ranging from head-bobbing to full on jumping up and down. And at the forefront of all of them is Trifilio’s infectious voice that weaves in and out of melodies destined to get wedged in your skull for days. It’s not hard to imagine some of these songs hitting the TRL countdown circa-2001.

Lyrically, Honeymoon is chock full of astute quips that Triflio simplifies until they’re too relatable to ignore. “There’s always someone I’m trying to live up to,” she sings on ‘Rearview,’ the main ballad on the record. And, I mean… Same, girl. Same. It’s one of the record’s many highlights, and it ends up in a vastly different place than it begins thanks to a chant-worthy refrain. But “Rearview” isn’t the only major singalong on the record. Songs like ‘Ms. California’ and ‘Dream Boy’ are equally addicting earworms, befit for a band far more seasoned than them. And that right there is the true beauty of this record. Despite having tens of millions of plays on Spotify, they’ve only a few singles/EPs to their name. Honeymoon is their first foray into full-length album territory and it’s a damn promising introduction to a young band that’s surely on the brink of blowing up.

Sure, this might be their “honeymoon phase,” but I’d bet a fair amount of money it’s going to last a lot longer than most honeymoon phases. Don’t sleep on this one – especially if your date this Valentine’s Day is a pint of Ben & Jerry’s and an episode of Gilmore Girls. Hey, that sounds kind of nice right about now…

Haiku Review:
Treat yourself today
With some musical chocolates
Thanks to Beach Bunny

Listen to Beach Bunny on Spotify and Apple Music. Get the latest edition of our magazine featuring interviews with Soccer Mommy, Alfie Templeman, Black Puma and Tennis HERE. Or get a subscription for a whole year HERE.