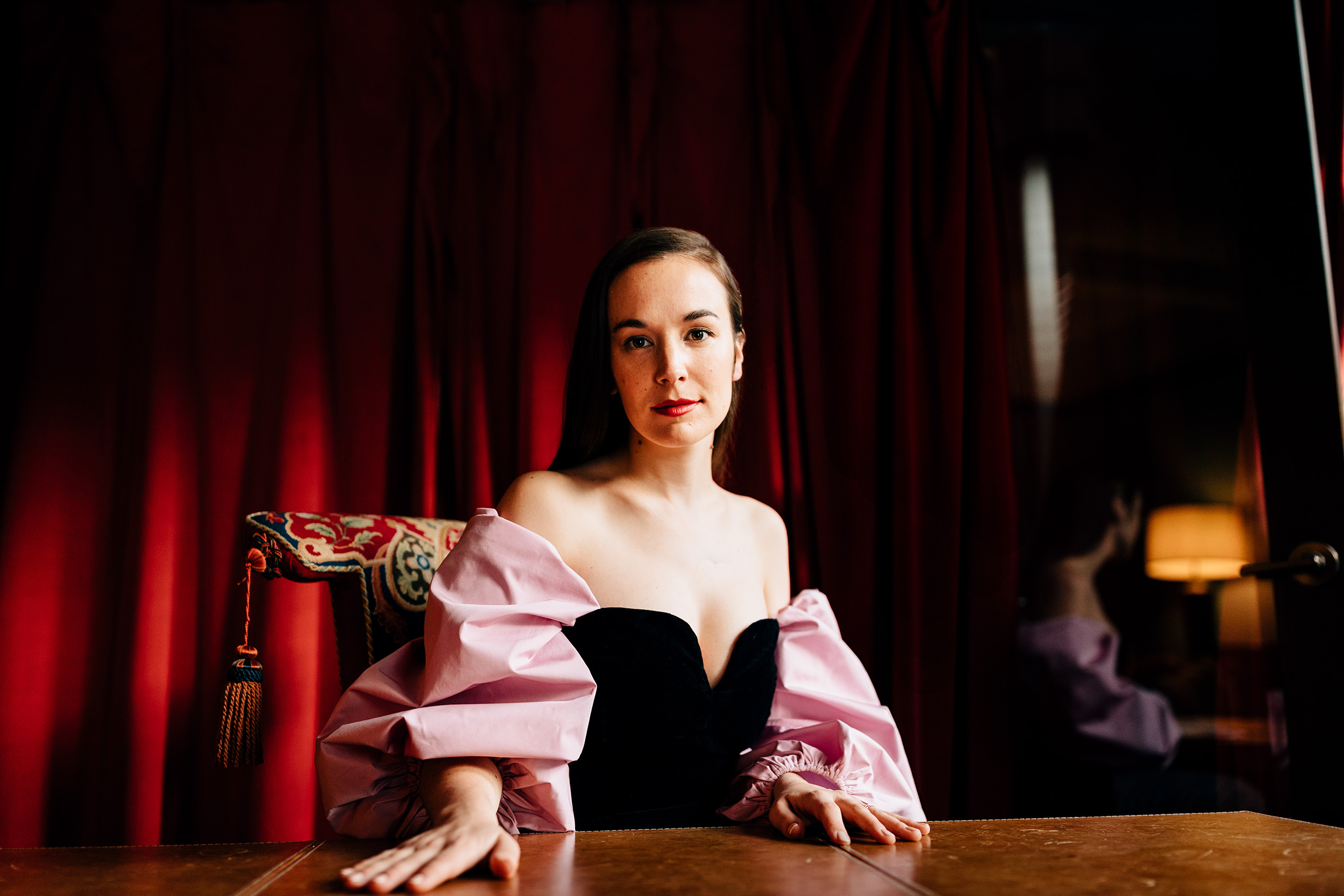 I spoke to Margaret Glaspy on a rare sunny day in the midst of a slew of grey, overcast ones. There was no knowledge yet of COVID-19, or any fears about the disruption it would bring the underground music scene. She was at home in Brooklyn, getting prepared to tour her upcoming record, devotion, which included a stint at SXSW – I needn’t remind you of its fate this year.

Things have changed a lot in just a few short weeks, but thankfully, not even an international pandemic can interrupt the release of new music. devotion, Glaspy’s March 27th release, is her second full-length record, one that showcases a stark, sonic shift. After touring on her first album, Emotions & Math, for an extended period of time, she was eager to shake things up a bit.

There’s a vibe in Brooklyn that makes you hustle and work hard to get what you want. It just keeps you honest, in a way.

“I got off the road and was pretty exhausted,” she said. “In approaching writing [devotion], I was excited to kind of change the palette. I worked really hard at it in different ways. I used synthesis, MIDI, guitar, piano – I wrote with friends. It was very intentional and exciting to work in a different way, for sure.”

Now a Brooklyn native, Glaspy was born and raised on the other side of the country in Northern California. She grew up on roughly 20 acres of land, in a place she now looks back on fondly. It was a rural town that offered her a seemingly infinite amount of time and space to explore. As an adult in New York, the contrasts in location aren’t lost in her, and both have had a significant impact on her as an artist.

“Living in New York for this long, it’s kind of the complete opposite of where I grew up in that there’s no time and no space,” she admits. “There’s a vibe in Brooklyn that makes you hustle and work hard to get what you want. It just keeps you honest, in a way. You know that there’s so much going on so you want to be better on a daily basis. It’s in the air. I like that as an artist. Your peers are working hard and it inspires you.

I think that it’s taught me to get to the point quicker in music and in my writing. ‘Give us what we need, don’t give us anything else’ – I kind of subscribe to that with most things that I make and do now.”

She was first introduced to the hustle during a brief stint in Boston just before moving to Brooklyn. A college scholarship allowed her to attend Berklee – a renowned music university here in the states – for just a semester. When the money dried up, Glaspy realized she was going to have to incur a bunch of debt to stay at the school and decided she didn’t want that hanging over her head as she got older. She did, however, hang around Boston for a few more years, an experience that proved invaluable to the start of her music career.

“I think the biggest thing that Berklee gave me was the opportunity to be around other musicians that were my age and wanting to do similar things. It was an eye opener. There’s a lot of people doing exactly what you want to do and they’re better than you at it so, you gotta get your shit together.”

And so she did. With Emotions & Math, we were introduced to a refined voice full of jazz-like qualities, and a refreshing approach to songwriting as compared to her indie-folk contemporaries. On devotion, Glaspy not only returns with those talents, but she has driven them into new, exhilarating territories.

“It was challenging at times because it was new territory for me,” Glaspy says. “I had a lot of fun being out of my comfort zone and finding new ways to make songs. It was fun to focus on things I had never really focused on before: more cyclical music rather than things that change course through composure. Instead, it feels like these songs stay in a similar place throughout and the lyrics or something different evolves. I liked working like that.”

Glaspy also approached the lyrics differently than she had in the past. While making devotion, she found herself listening to a variety of different music, from Beyonce to Bjork, specifically her record Vespertine. Both artists rarely shy away from vulnerability, which is a topic Glaspy felt very passionate about on this record.

“I think that’s not really a trendy thing,” she tells me, “to say what you mean and not have any kind of irony or joke attached to it. When I made my last record, I was a little younger and I had something to prove. Haha, I felt a bit eager to share my opinion. I think [devotion] is less about my opinion and more about the feeling of being vulnerable and devotional towards something. Whether it be your partner, the things that you love, your family, etc. I suppose if there’s anything I feel I’ve captured on this record, it’s that it’s coming from a place that’s pretty earnest.”

It’s okay to mean what you say and be vulnerable and face the things that scare you. You don’t have to know everything all the time.

Being more settled in her own life has helped her tackle lyrics in this more authentic light. It’s a message she is constantly passing down to younger songwriters, whom she mentors via video chat in between time with her band. Making herself available to those who are figuring out their voice and their craft has proven both rewarding and inspiring. And her teachings directly correlate to what she hopes people get from her fantastic sophomore record.

“It’s okay to mean what you say and be vulnerable and face the things that scare you,” she insists. “And do it with fragility – you don’t have to know everything all the time. It’s something I see permeating into the culture, especially as an American. I feel like so many things are reviewed in real time; you kind of already know what the ‘best thing’ is because we’re able to vet it very quickly because of the Internet and everything. I’m excited for young people to find things on their own and try things even when not everyone in the world has said it’s the best idea.”

As a fellow American, I’m proud to review devotion for you briefly in real time, by telling you it’s a fantastic, honest record that challenges you in the best way as it progresses. But, in the spirit of Margaret herself, I am more than happy to shut up now and let you discover it for yourself.

Margaret’s new release, devotion, is available for discovery Friday 27 March 2020. In the meantime, catch up with her first album on Spotify or Apple Music.