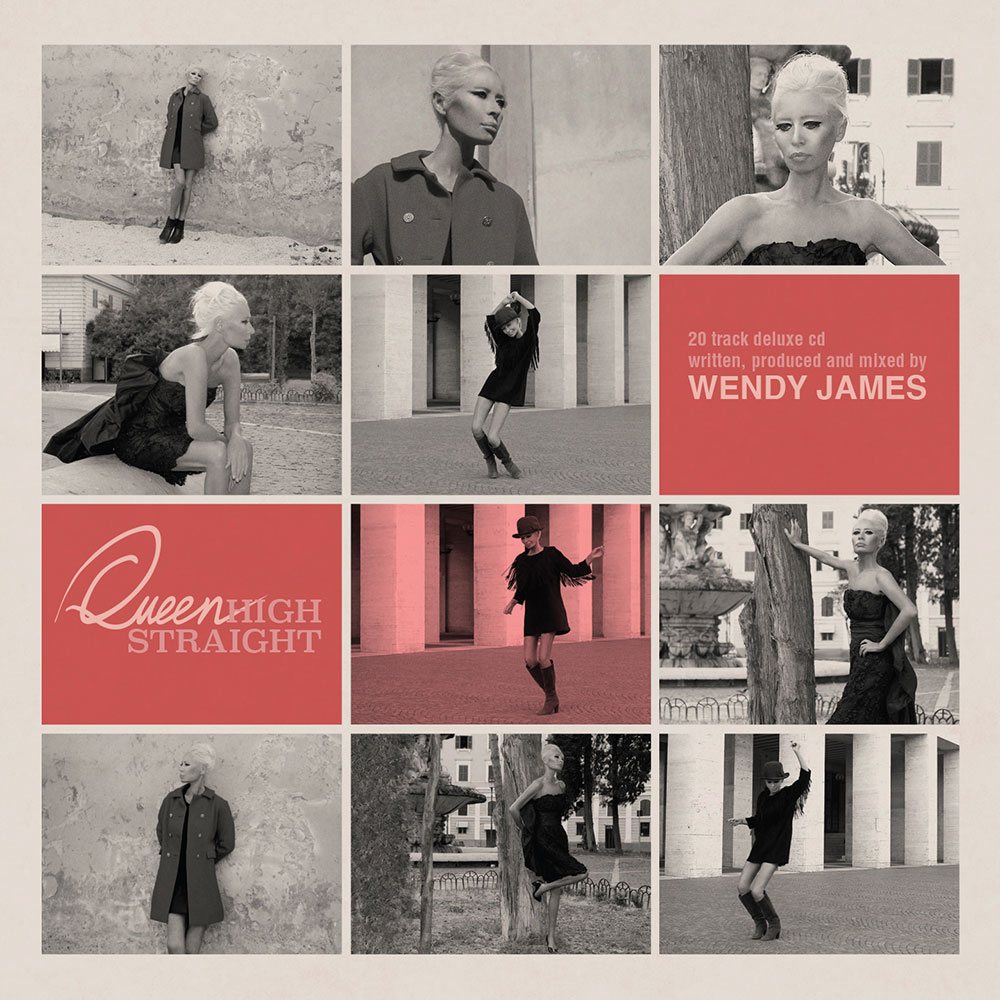 ‘Queen High Straight’ is the good kind of chaos

Queen High Straight is an album I’ve continued to go back to. The songs have continued to intrigue me. I know they’re good, I just want to understand why. Albums like this don’t come around that often. Albums that perhaps don’t strike you on the first listen. They tease you and make you work for the rewards, but they’re worth the work.

A long, winding, complex listen, Wendy James’ Queen High Straight tries to tackle a lot of genres and ideas across 20 tracks. And, after a few listens, a couple of pauses and a rum and coke or two, the complexity of the project pays off, and Queen High Straight becomes a wonderfully rewarding listen.

Track one is a playful piano song, it’s fairy-like. Gentle and jazzy. Track two is a rocking grunge song. It’s straight-talking, no messing. Track 3 sounds like a show tune. Track 5 dives into Motown. Track 12 is ‘90s pop groove. Track 20 is a ‘60s girl-group number. The other songs either take inspiration from these genres too, or veer off in a completely new direction. There’s no structure, no order, no cohesive narrative, no concept. It’s chaos. But it’s controlled chaos. It’s good chaos. It’s not the chaos of a Convervative government, for example. More the chaos of that first mosh pit once lockdown is over. Good chaos. Lovely chaos. Controlled, organised chaos.

There’s also some great song titles on the record; ‘Ratfucking’, ‘Barroom Brawl & Benzedrine Blues’ and ‘Cancel It… I’ll See Him On Monday’ being my personal favourites. The quality of the song titles never affects how good an album is, of course, it’s just the icing on a very nice, very tall, very long, very chaotic cake.

Queen High Straight is a box of chocolates. Full of unique treats, all tasting differently. There’s some that are better than others. It’s a chaotic concoction, with few songs complimenting each other – the randomness of the selection is always a box of chocolates best quality. And, as with all boxes of chocolates, you’re a bit gutted when it’s finished.

Haiku
Life is like a box
Of chocolates. Fucking chaos,
With a few nice treats.

Listen to Wendy James on Spotify and Apple Music. If you like this, why not try one of our print magazines?