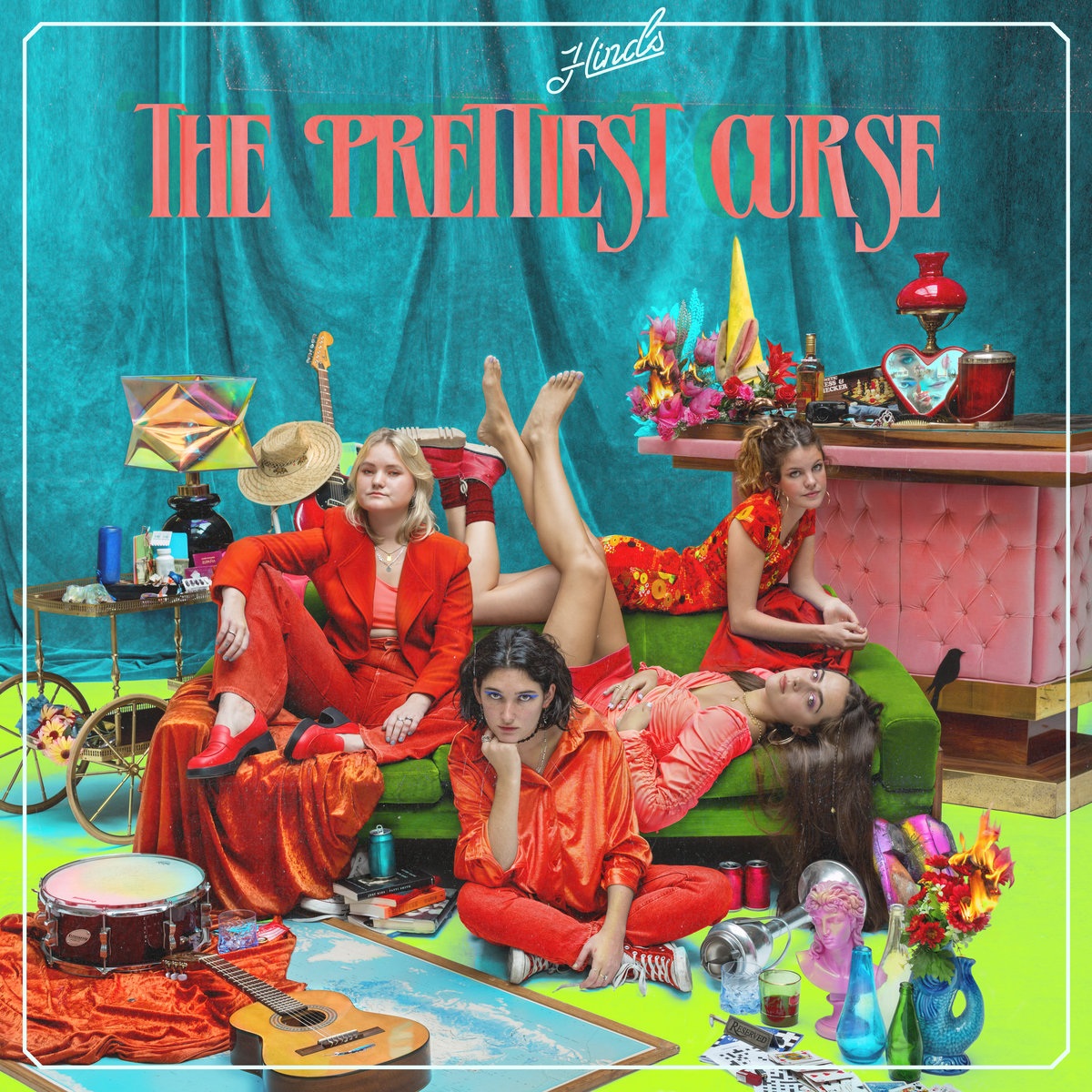 Hinds are back and better than ever.

This record was meant to be released in May. But by pushing it back to June, the band finally got the summer album they’ve always wanted. And, rather fittingly, The Prettiest Curse is their most summery album yet. Easy on the ear, it’s like a relaxing lie-down in the local park; pack of tinnies in your tote bag, a good book in your hands and a new album playing out of your phone’s terrible speakers. Two metres apart, of course.

Inspired by The Jesus and Mary Chain’s Darklands, Hinds’ third LP is a concept album about their life as rockstars. Dealing with loneliness on the road (‘Riding Solo’), sexist remarks from bigoted, jealous men (‘Just Like Kids (Miau)’), and the constant ups and downs (‘Good Bad Times’), Hinds paint a picture of life on the road.

This concept ties the album together, allowing Hinds to experiment further on the sound and production. And, experiment they do. The Prettiest Curse flicks from polished pop songs to raw ballads. It’s a more complete album than anything they’ve done before, and most certainly a more mature album.

The slower tracks, such as ‘Come Back and Love Me <3’ see the band embrace their Spanish roots well and truly, the single using Spanish guitars and possessing real bossanova vibes. Carlotta and Ana sing in Spanish across the record too, clearly eager to continue developing as artists.

Thankfully, it’s not a complete overhaul of sound however, and The Prettiest Curse maintains the raw edge that’s become Hinds’ USP. It’s a more polished LP than their previous two, which were dominated by raw garage rock. The melodies are catchier, the choruses more anthemic and the production tighter this time round.

This doesn’t mean Hinds have let go of what makes them tick, however. Hinds’ rawness and spontaneity has always been their cornerstone. Despite polishing up their sound, a lot of the album remains improvised. There’s the usual screams and shouting, Carlotta and Ana still sing in unison, it’s still Hinds, it’s just different.

Hinds show artistic development on The Prettiest Curse, whilst continuing to include the elements that has seen them become the best Spanish rock band around. People grow and change overtime, artists should too. And, on their third album, Hinds show they prepared to do just that.

Haiku Review
Lie down in the park,
With a summery album,
And a can or two

Love Hinds? Get a set of limited edition postcards here www.therodeomag.com/shop/ or listen to the band on Spotify and Apple Music.