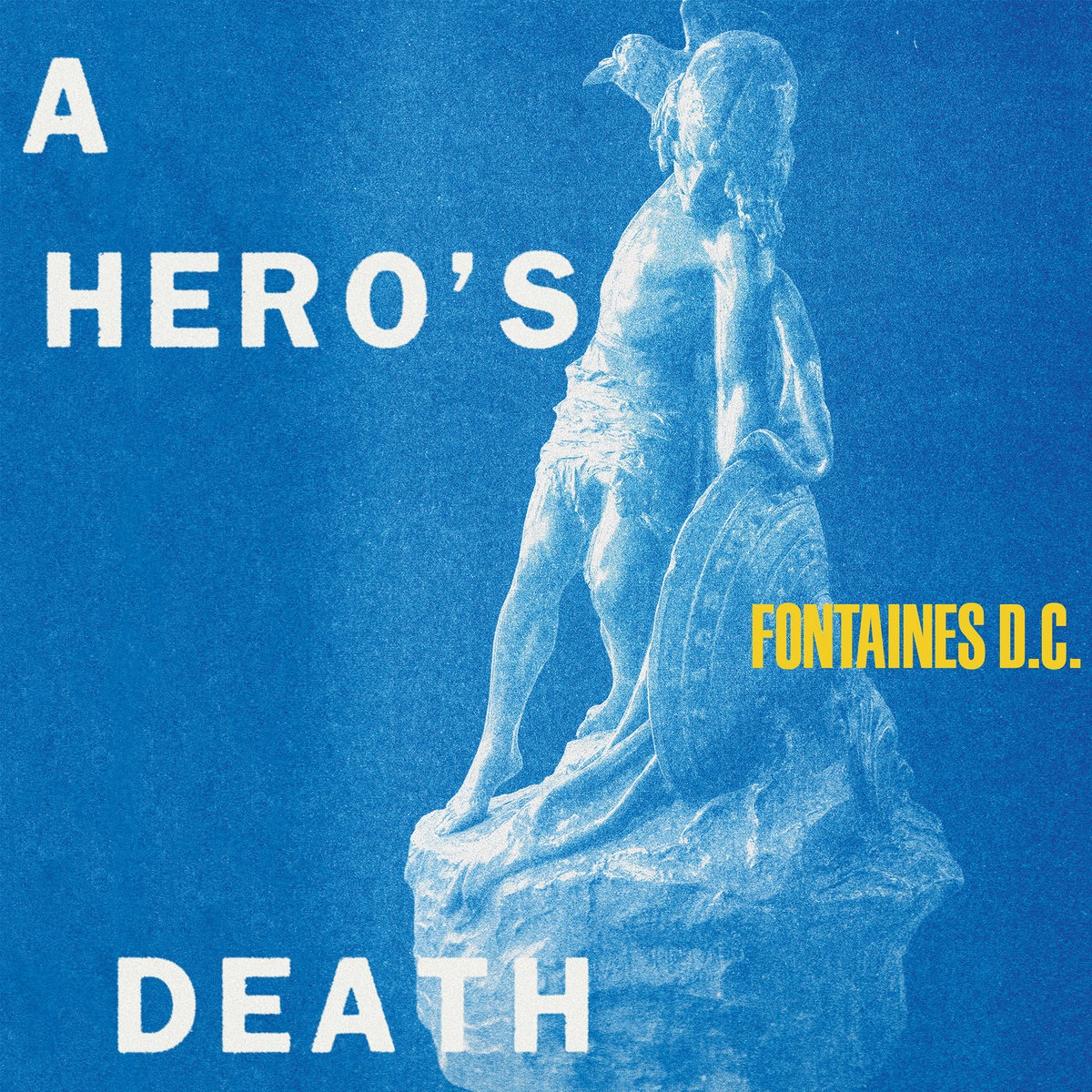 Fontaines D.C. shift away from chronicling the city streets of Dublin in all it’s cobbled, cig-in-mouth glory, to tearing apart what it means to be them.

Ripped out backwards from their small Irish world, Fontaines D.C.’s critically acclaimed debut changed a lot of things. In a matter of months, those 11 songs took a group of songwriters from the fringes to the whirlwind centre, spitting them out occasionally onto stages across the globe.

Struggling to adjust, the band begrudgingly became exhausted-in-transit. Touring relentlessly from A to B and back again, created unforeseen tensions in their otherwise brotherly pact. And, their lead singer, Grian Chatten, recently recalled lengthy periods of silence between band members during the home stretch of their U.S. tour late last year.

Beginning to bend at the rivets, Fontaines decided it was do or die: stop now or risk resenting each other to the point of breaking up. Deciding for the former, they returned to the studio: a place of refuge more than anything from the chaos outside. The result of their labour, A Hero’s Death see’s the band reflect on life as they’ve now come to know it: a dredging and difficult thing where success can – to use the age-old cliche – make or break the most holy of friendships.

The album opens with ‘I Don’t Belong’, a confident dismissal of ownership. Chatten sets the scene, ruminating on the line : ‘I don’t belong to anyone / I don’t wanna belong to anyone,” – a powerful summation of the band’s decision to step back from the stage.

From here on out, Chatten’s lyrics – a phrase that’s become synonymous with gritty and blunt cigarette-burn lines – become more abstract and personal: ‘Life ain’t always empty / Life ain’t always empty / Life ain’t always empty’ he chants like a positive and reassuring mantra on the title track. This time around it feels like Chatten’s more open with us: his words frequently more poetic than rhythmic, his message more impressionistic than blunt. The result is a rewardingly dark, introspective look at the Fontaines front man, and a moving and intimate insight into the struggles of band who’ve faced a stern come down.

Unsurprisingly, as their lead singer moves partially away from the band’s characteristic bluntness, the rest of the band follow suit, pulling from a broader, more surreal range of sounds.

On ‘Oh Such A Spring’ Fontaines D.C. turn away from brash slashing into a more nuanced and eclectic approach, subtle in fact – a word I’m not sure has been applied to Fontaine’s much before. ‘Sunny’ and ‘No’ similarly open up the bands intimate side, seeing them sonically fill their lungs with airy acoustics instead of grit and smoke.

This softer side is undeniably a move that will turn off die-hard fans of the band’s debut record, but rest assured, this is not a total reinvention of the wheel. ‘Televised Mind’ and ‘A Hero’s Death’, with their rhythmic and bounding guitar rhythms, particularly remind you of the brawly mid-section of Dogrel. Whilst, the snarling delivery of ‘A Lucid Dream’ shows that the band’s unshaking vigour and confidence certainly hasn’t gone anyway.

Fontaines D.C.’s star-like rise may have come from their characteristic wrought-iron delivery, but subtle intimacy inevitably describes their come down. While A Hero’s Death sees the group slowly peel back their tough Irish skin, returning disorientated to what made them them, it also reflects just how far the Dubliners have come. Half a year ago Fontaines D.C could’ve called it a day, they could’ve split seperate ways in the night, now they’re looking forward to a much brighter future.