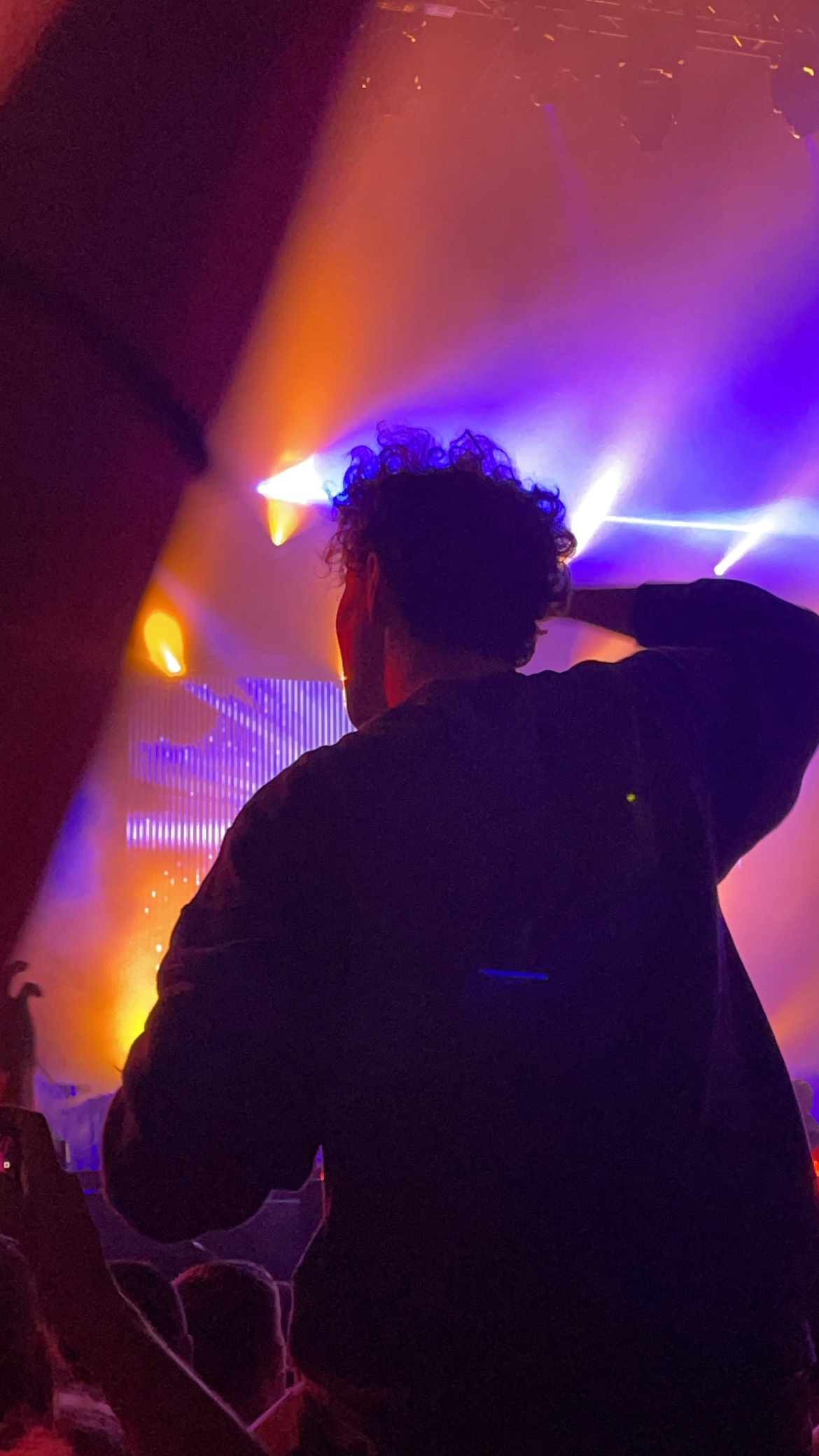 There’s few performances that can mean as much to the people of Manchester as New Order. For a band that has endured extreme highs and lows they are ingrained in the city’s DNA as pivotal figures of its cultural scene.

On their return to a sold out Heaton Park, the band’s set opened with a fitting tribute to the city. Split-screen projectors played a montage of footage captured during the ’70s and ’80s: Concrete jungles, Picadilly Gardens, mischievous smiles, grandma glasses and blue anoraks reminding you that the band – like the city itself – has changed a lot over the last 40 years.

The three original band members, Bernard Sumner, Stephen Morris and Gillian Gilbert, sauntered on stage with an unassuming, under the radar style. Sumner welcomed the 35,000 in the audience with his usual Salford joke, before striking the airy opening chords of ‘Regret’.

From the off it was clear that the pandemic hadn’t shaken the band’s familiar anything-but-subtle charm. As rodeo cowboys danced on the screens and laser lights projected out across the park, Bernard Sumner shouts “Fuck COVID!”. The crowd, a mixture of greying and fresh faces, lap it up.

Playing the ‘hits’, the setlist was less of a cherry picked ‘golden years’ and more of a tour de force. The energy of ‘Tutti Frutti’, ‘Restless’ and ‘Plastic’ showed that the band are still capable of hitting their stride well into their later years; whilst ‘Fine Time’, ‘Age of Consent’ and ‘Blue Monday’ kept the bald-headed veterans of the post-punk and Haçienda days on their toes throughout.

There’s not many bands who have influenced popular culture like New Order. At the forefront of British music for the last four decades, the band is ever present in the zeitgeist, soundtracking everything from a Sunkist advert to a football match.

‘Your Silent Face’ received a particularly heartwarming reception with each note of Sumner’s melodica solo echoing back and forth in tandem with the audience. The crowd were a mixed bunch: some were clearly there to take in the spectacle, others to push people around in time to Stephen Morris’ motorik right foot.

The overriding emotion was joy. The gig ended with a triad of Joy Division songs: ‘Decades’, ‘Transmission’ and ‘Love Will Tear us Apart’ – the final two having added weight after the recent gig-less months.

Left with aching limbs, New Order brought a spirit of togetherness to Heaton Park that’s been lacking of late. Playing their largest headline show ever, the night surpassed the weight of expectation and left Manchester battered and bruised – in the best possible way.

TV People tune us into their new EP