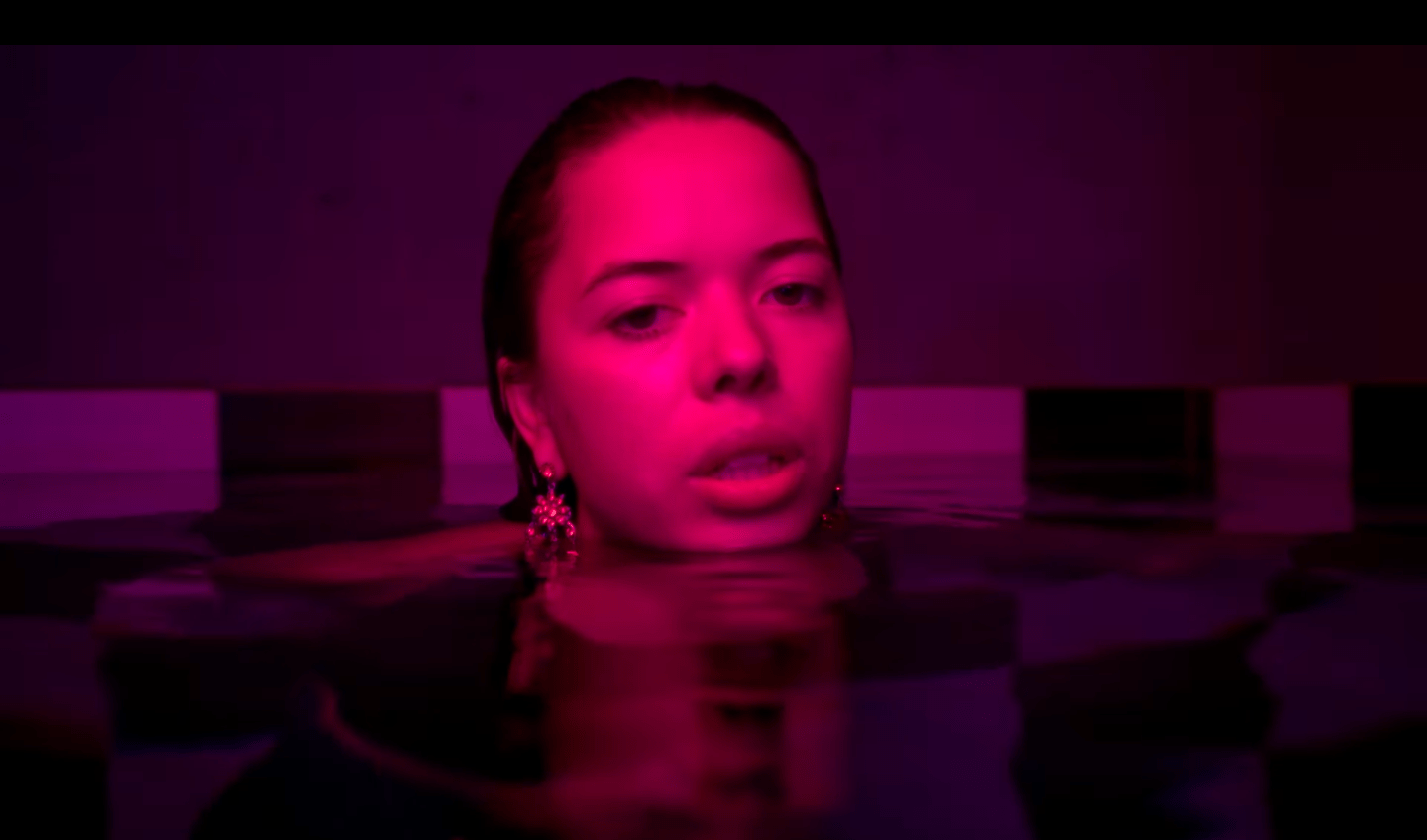 Nilfuer Yanya delivers another stellar music video for a track off her new EP, Same Damn Luck. The song explores more tender writing and instrumentation, and the video is appropriately intimate to match. There’s a sense of being a fly on the wall (or on the water) for a lot of the video, with Yanya swimming and posing against stunning backdrops. However, there’s a distance to the vulnerability that Yanya pulls off so well, and that carries across in the disorienting camerawork, fragmented visuals, and graphic artwork.

dj poolboi is an Austin-based artist who needs a lot more love and attention. His name suggests a DJ who throws together lazy remixes and half hearted EDM tunes, but in actual fact, poolboi is creating some of the most memorable lo-fi electronic music available right now.

Whilst the majority of his work is instrumental (though he is often fond of sampling), ‘motions’ is another track featuring a guest singer, this time Canadian artist FLOOR CRY. poolboi’s music videos frequently use retro-tinged found footage, showing happy couples and memories at odds with the feelings his music bring up. The music video for ‘motions’ aims for a similar style, but this time we are shown freshly shot footage of empty nightclubs and music venues, and deserted streets lit only by overly-bright street lamps. FLOOR CRY acts as the sole explorer of this lonely new world, singing to empty rooms and wistfully staring out of windows into the night sky.

‘Be a Rebel’ is a return to fine form for New Order, who remain unafraid to embrace the musical style and neon-drenched aesthetics of the ’80s. The music video is bold and memorable, featuring an artistic and surreal take on a couple going through relationship issues. There is a lot of play on space and size, with the couple shrinking and enlarging to fit the surroundings of each shot. A whole range of emotions are explored (with some helpfully written on screen), but the song ultimately explores the release of self acceptance, which is rather fitting for a band who still find ways to push forward in exciting directions 40 years into their career.

Coinciding with the release of their third album, The Avalanches have dropped a delightful new video for ‘The Divine Chord’. The song is a playful and joyous take on love being preserved in memories and time, and the video features two children playing around under the night sky. There’s a real simple sense of innocence and wonder in the video, with the kids using telescopes to gaze at the stars and planets dotted around them. The shining lights in the sky rearrange themselves like fireflies, and the moon becomes an object that can be simply plucked from the sky. Capturing the beauty of the music they make and the message of everlasting love in the new chapter of their discography, The Avalanches never fail to hit the mark when it comes to conjuring up the best visualisers for their tunes.