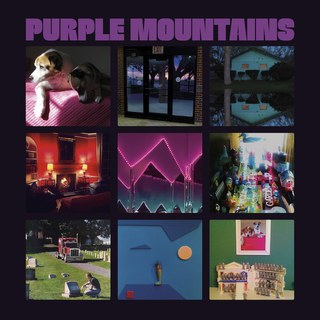 Imagine a less endearing The National. Hold a gun to its head and force it to mate with a less poetic Leonard Cohen. What you get from that equation is essentially Purple Mountains.

Take one look at the song titles on the debut from David Berman’s new moniker, and you’ll notice you’re about to embark on a fucking joyride. From the blatantly woeful, All My Happiness is Gone’, to the downright Wentz-ian ‘She’s Making Friends, I’m Turning Stranger’, you sort of know what you’re getting yourself into before you even hit play. Berman does a decent enough job contrasting the overtly direct lyrics with an often upbeat (albeit not that interesting) instrumental landscape, and I’m grateful for that. Maybe it’s the solemnly nonchalant timbre of his voice, or maybe it’s the 90-degrees-and-sunny weather we’ve been blessed with over this side of the pond, but the term “acquired taste” no less comes to mind…

There is no doubt in my mind that Berman accomplished what he set out to do. And there really is some good stuff on here. The slow-burning ‘Nights that Won’t Happen’ for example, features my favourite of the many memorable one-liners on the record; “All the suffering gets done by the ones we leave behind.” But at the end of the day, Purple Mountains is a solid record that just isn’t for me. If you’re in the mood for some one-note somberisms set to the tune of a Midwestern folk gallop, it may just be the thing for you.

Haiku Review:
The majesty died,
Within these purple mountains,
And now I am sad,